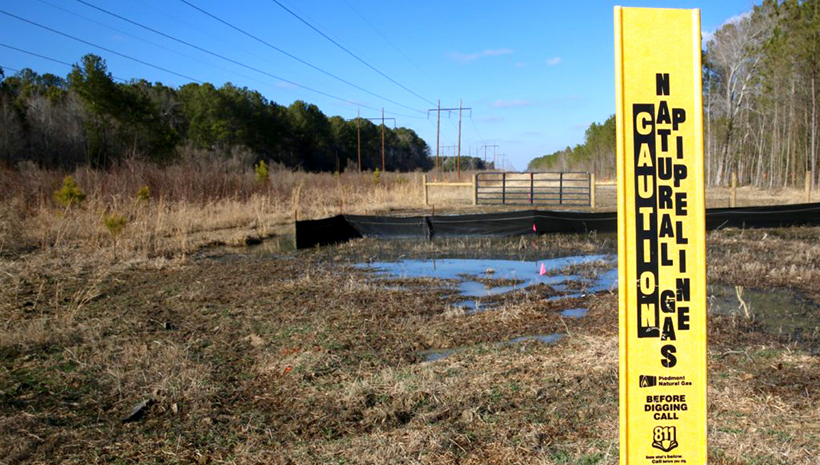 The end of the Atlantic Coast Pipeline shuts the door on one example of Gov. Roy Cooper's executive overreach. But one policy expert fears Cooper might abuse his power again in a case involving school funding.

Cooper's many clashes with Republican lawmakers indicate the Democratic governor could collide with the General Assembly again over education spending in the long-running Leandro case, says Joe Coletti, senior fellow for fiscal and tax policy at the John Locke Foundation. Superior Court Judge David Lee, presiding over the case, may soon order North Carolina to budget hundreds of millions of dollars more for K-12 public education.

The imminent decision is bound to stoke political fires during a heated election year. And Cooper's track record, including his questionable actions with the ACP, reveals a governor unlikely to work with the General Assembly when the Leandro ruling is released, Coletti said.

Carolina Journal led reporting on Cooper's ACP saga, which involved a controversial money deal with pipeline operators Duke Energy and Dominion Energy. On July 5, the embattled, multistate project was canceled, leaving, among other things, unanswered questions about Cooper's ability to move money without the approval of the General Assembly.

The ACP, a 600-mile pathway that would've brought natural gas from fracking fields in West Virginia to power plants in North Carolina and Virginia, drew ire from environmentalists.

In 2018, Cooper, a Democrat who'd faced opposition from his base over the project, negotiated a $57.8 million "mitigation fund" from Duke and Dominion in an account linked to the project. It was supposed to help counties that would be affected by the pipeline, Cooper said, and would be spent on economic development and environmental repairs.

But the General Assembly couldn't touch the money.

Republicans bristled. The timing was suspicious, they said, since the money was paid to Cooper around the same time Duke Energy was seeking project permits in North Carolina.

Others noted the mitigation fund could have spurred a constitutional crisis. The N.C. Constitution leaves all spending decisions with the General Assembly. The governor isn't supposed to spend state money without the legislature's approval.

In November 2019, investigators hired by the General Assembly testified that Cooper "improperly used the authority and influence of his office" to push Duke Energy and other pipeline investors to pay the $57.8 million. The money was a slush fund for Cooper, Republicans said. But instead of forbidding the governor from using it, lawmakers rerouted the money, putting it toward education.

Now that the pipeline is canceled, the $57.8 million is, too. But questions about Cooper's tactics remain.

The governor is probably relieved to wash his hands of the project and the headaches that came with it, said Andy Taylor, a political science professor at N.C. State University. While Cooper might be tempted to again dodge the General Assembly's financial oversight, it would be politically unwise to do so, Taylor said.

"The optics are terrible, and you can get found out," he said. "In this case it sort of worked in Cooper's favor, because if he had his druthers, he would've wanted the pipeline canceled."

Republican lawmakers, too, helped "poison the well" when they moved the money for their own purposes, Taylor told CJ. Their goal was to shame the governor. But, for those who supported the pipeline, the plan backfired.

"To a large extent, that intensified the poisoning and made the whole mitigation fund seem like a political football that elected officials wanted to use for their political gain," Taylor said.

Distrust has long soured Cooper's relationship with Republican legislators. GOP lawmakers clashed with Cooper at times while he was N.C. attorney general, and fighting surged after he won the 2016 governor's race. Last year, a stalemate between Cooper and the legislature over Medicaid expansion and teacher pay killed the state's new budget. This year, Republican legislators and members of the Council of State — North Carolina's 10 elected executive officials — are butting heads with the governor over COVID-19 shutdowns and reopening plans. Cooper's executive orders to shutter the economy went largely unvetted by members of the COS, six of them Republicans.

When it comes to Leandro, Cooper may be emboldened to spend money without the permission of the legislature, Coletti said. The governor could point to a court order as a constitutional obligation — one that would override constitutional requirements telling the governor to spend only what's appropriated by the General Assembly.

"Cooper's overreach, from the Atlantic Coast Pipeline, to his stances on Medicaid and teacher pay, to his executive orders during COVID-19, establish a pattern of behavior that suggests he might try something like unilaterally spending money on Leandro to meet what he may deem a constitutional requirement," Coletti said.

It wouldn't be the first time a governor spent money outside the legislature's budget. During a budget standoff between the Democratic House and Senate in 2001, former Gov. Mike Easley unilaterally allocated money for a pre-K program — going around the General Assembly altogether. Easley justified the move, saying he was legally required to comply with a court order.

Democrats thought the decision was unconstitutional, but didn't challenge Easley since they didn't dispute the money's use.

Given the ragged relationship between the governor and the current Republican majority, Cooper would be unwise to attempt something similar, Taylor said.

"From Cooper's perspective, we'd be better off saying to the General Assembly, 'Guys, we gotta do this. Where are we gonna get the money from?'"

If legislators refuse to spend more money on education, Cooper can make their inaction a campaign talking point, Taylor said.

"I don't think it makes any sense for Cooper to say 'They won't do it, so I'm going to pick and choose from other [budget] functions,'" Taylor said.