Published: Tuesday, September 29th, 2020 @ 8:34 am
By: Carolina Journal   ( More Entries )
Publisher's Note: This post appears here courtesy of the Carolina Journal. The author of this post is Andy Taylor. 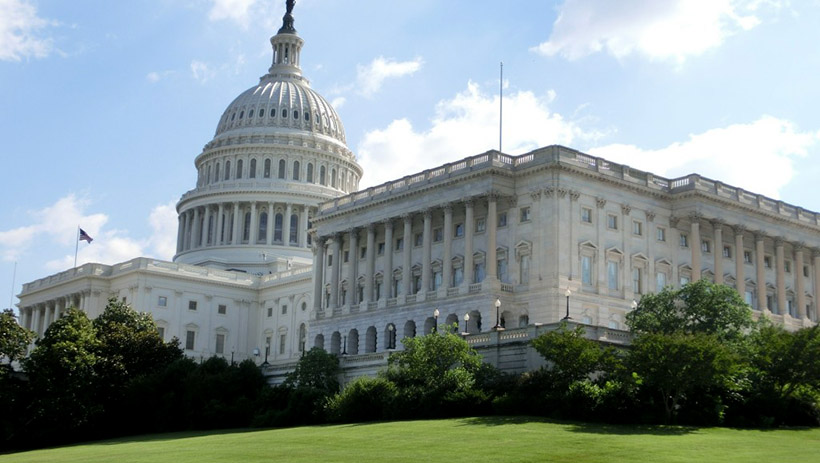 Last year, a Superior Court panel in North Carolina declared the state's congressional districts an unconstitutional partisan gerrymander. As I noted in a previous column, this was an egregious abuse of judicial power. No matter, it is done. We should now look forward and examine the effects the ruling will have on the 2020 U.S. House elections.

This was the third time this decade North Carolina has redrawn congressional district lines. In 2016, decisions — eventually affirmed by the U.S. Supreme Court — voided the map drawn after the 2010 census because it constituted a racial gerrymander in contravention of the 14th Amendment's equal protection clause.

To comply, the General Assembly approved a very different configuration. The 13th District was moved from the eastern part of the Triangle to the Triad, and two Republicans, Renee Ellmers and George Holding, were "double-bunked," forced to compete against each other in a race Holding won. The famous "snake" 12th District was compressed and pushed into its southern tip in the city of Charlotte. Yet the results were not particularly different. Twelve incumbents were re-elected, and the Republicans maintained their 10-3 advantage.

The current map is different again. The 13th now bleeds into the eastern Triad and the 6th has retreated to Guilford and Forsyth counties. Instead of running from left-to-right together just west of Charlotte, the 5th and 10th still run side-by-side but now from top-to-bottom on the map. The 10th has only Lincoln and Catawba counties in common with its former self. The 2nd, which formed a backward 'C' around Raleigh, now occupies the southern two-thirds of Wake County. The 4th has shifted to the north and east to add Granville and Franklin counties to its territory in the western Triangle.

Members are therefore getting to know new constituents and voters. This ought to make races as unpredictable as they can be in the days of partisan polarization, the internet and sophisticated polling. Several of the races still look uncompetitive, however. The 1st, 4th, and 12th are all comfortably Democratic and will be won by entrenched and elderly members of the delegation facing nominal opposition. Five Republican incumbents are favored: Greg Murphy, who succeeded Walter Jones after the longtime congressman died in 2019 in the 3rd, Virginia Foxx former chair of the House Education and Labor committee in the 5th, David Rouzer who has strong agriculture bona fides that have made him popular in the down east 7th, Pat McHenry, who is Republican leader on the House Financial Services committee in the 10th, and political newcomer Ted Budd surprising winner of a 17-person primary that included four state legislators in 2016 in the 13th. A close presidential race might provide some help to their challengers, but the coronavirus epidemic makes it difficult to meet people and generate energy to run a successful underdog campaign.

Five other seats the GOP currently holds look more interesting. The party has an edge in three of them. In the now infamous 9th — the district with the "do-over" 2019 election following accusations of voter fraud in 2018 — Dan Bishop faces corporate vice-president Cynthia Wallace. Two years ago, only 905 votes separated Republican and Democrat. The new district is a little wealthier. In the 8th, Richard Hudson goes against former state Supreme Court Justice Patricia Timmons-Goodson. Although the district's demographics have changed little, the quality of the Democratic challenge makes the race look quite close.

Out in the far west, the seat vacated by now White House Chief of Staff Mark Meadows is being contested by retired Air Force colonel and former chief prosecutor at Guantanamo Moe Davis, the Democrat, and 25-year old Republican Madison Cawthorn.

Cawthorn, who is confined to a wheelchair because of an auto accident, spoke at the Republican National Convention and has become a minor celebrity. Without a college degree or political experience, he beat out a number of talented candidates in the primary. The district has given us close races and interesting members — not just Meadows, but former NFL quarterback Heath Shuler, the colorful Charlie Taylor, and Democrat Jamie Clarke and Republican Bill Hendon, who exchanged the seat with one another four times in the 1980s.

That leaves two districts that look likely to "flip," the new maps effectively giving Democrats the seats. In both, the Republican incumbents have retired. Deborah Ross, former ACLU state director, state representative and U.S. Senate candidate, should win the 2nd that is now fully enclosed within increasingly blue Wake County. Attorney Kathy Manning, who lost to Budd in the old 13th in 2018, will likely capture the 6th that is now dominated by her home city of Greensboro.

The best guess then is that a 10-3 GOP advantage will be reduced to 8-5. This might, of course, all change again in 2022 when we get new maps following the census. It will be the fourth time in a decade that our ever-changing congressional districts have been redrawn.