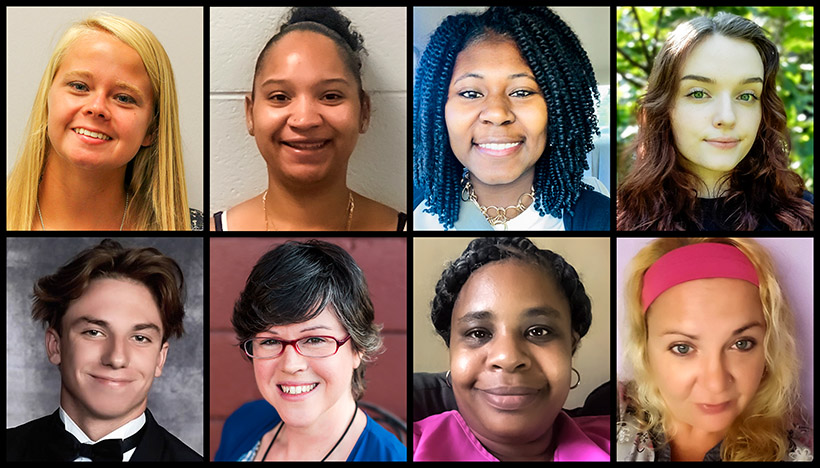 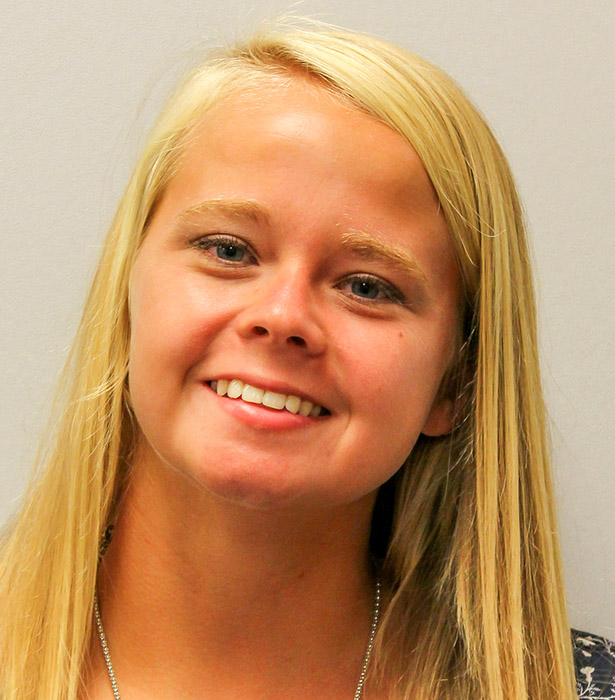 Summer Cahoon
Summer Cahoon, 21, received the Irwin & Frances Hulbert Endowment Scholarship. The Swan Quarter resident is working toward an Associate Degree in Nursing. She is the daughter of Gregory Brooks and Eyleen Brooks of Swan Quarter and the wife of Bryson Cahoon. Cahoon attended Mattamuskeet Early College High School, holds an Associate in Arts and an Associate in Science, and she plans pursue a Bachelor of Science in Nursing at East Carolina University. 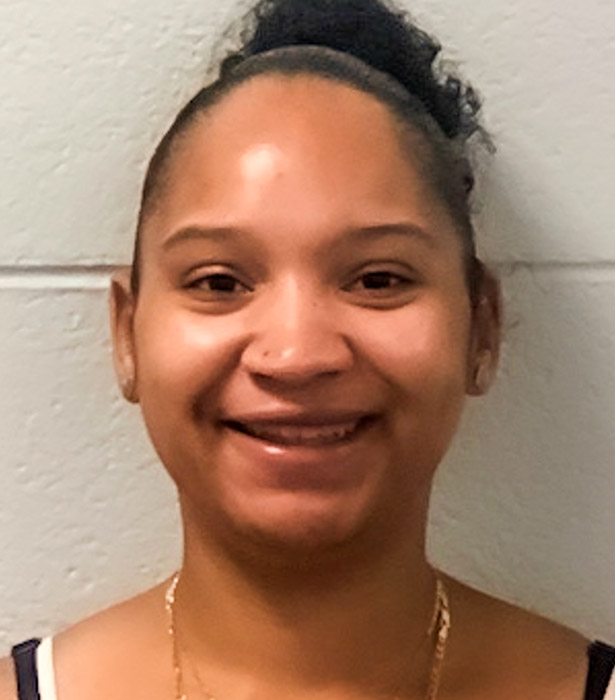 Martesia Campbell
Martesia Campbell, 28, received the James Franklin & Hannah Bagwell Scholarship. The Vanceboro resident is working on her Associate Degree in Nursing. She attended West Craven High School, and plans to pursue a Bachelor of Science in Nursing. The mother of one is the daughter of Janet Campbell of Vanceboro. She currently works at Vidant Health as a certified nurse aide. 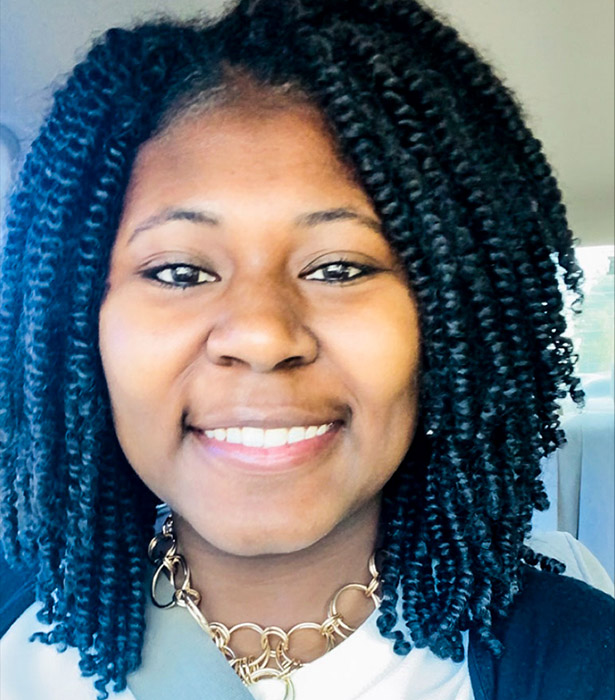 Destiny Farmer
Destiny Farmer, 25, received the BCCC Board of Trustees Scholarship. She is part of the nursing program and plans to continue working at Vidant Medical Center, where she currently works as a nurse aide I. The Greenville resident attended Southwest Edgecombe High School, and she holds a Bachelor of Science in Public Health Promotion from East Carolina University.

The BCCC Trustee Scholarship was established in 1998, by the Board of Trustees is awarded to a full-time student enrolled in a curriculum program. Recipients must be in good academic standing, show academic promise and demonstrate financial need. Students should have a minimum GPA of 3.0. 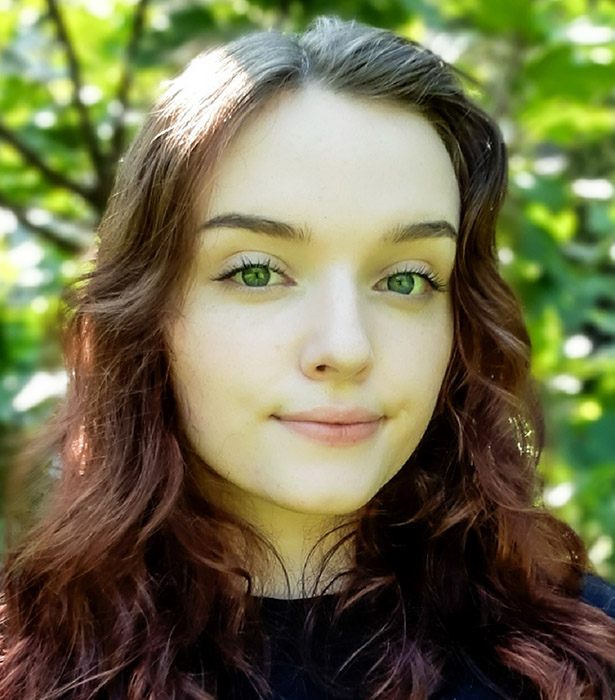 Autumn Harding
Autumn Harding, 19, received the Helen Thorne Brooks Boyd and Cypress Landing Scholarships. The Chocowinity resident is working toward an Associate in Science. Harding currently works as a sandwich artist at Subway and plans to major in biology and minor in psychology.

Established in 1997 by family and friends in memory of Helen Boyd, a former BCCC Trustee and Foundation board member, the Helen Thorne Brooks Boyd Scholarship is restricted to a full-time student enrolled in an associate degree program, who has financial need, is in good academic standing, and is a resident of the Bath or Belhaven township. 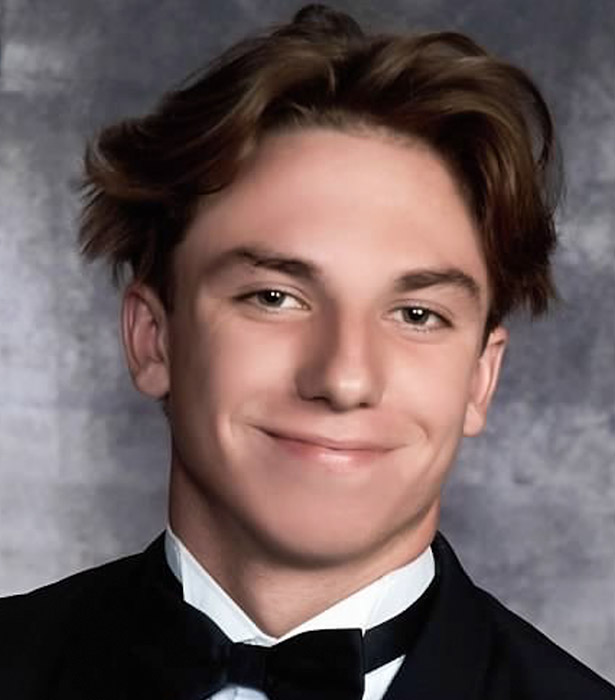 Sammy Holland
Sammy Holland, 18, received James Franklin & Hannah Bagwell Scholarship. The Belhaven resident plans to transfer to pursue degrees in in history education and business. The son of Jay and Brandi Holland of Belhaven, he attended Northside High School. He currently works as a To Go shopper at Food Lion. Holland plans to teach, coach and start business ventures. 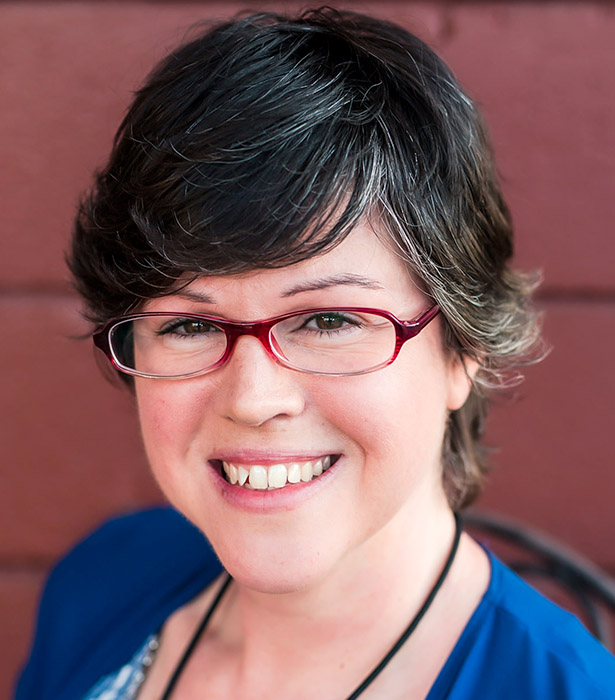 Mary Jane Schatz
Mary Jane Schatz, 40, received the Louise & Dorsey Welch Scholarship. The Greenville resident is part of the early childhood education program. She is the wife Jonathan Schatz and a mother of one. She attended Central High School and plans to become a teacher.

Established in 2001, the Welch scholarship memorializes a couple who made lifelong contributions to the community through their family business, Welch's Drugstore. Louise Welch was also a teacher. This scholarship is made available annually to a student who, after completing their initial course work at BCCC, plans to go on to earn a teaching degree. Recipients must maintain a 3.0 GPA to be eligible for this scholarship. 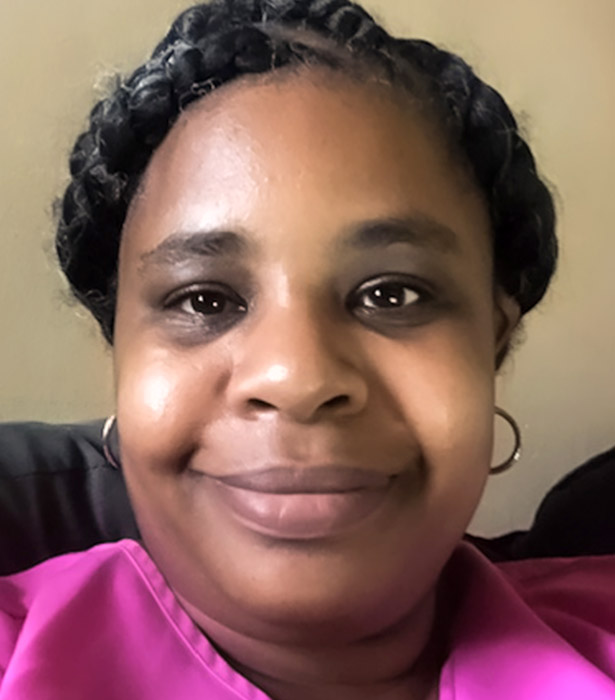 Gustavia Smallwood
Gustavia Smallwood, 46, received the Robert C. Page Scholarship. The Washington resident is a practical nursing student. She earned he high school equivalency from BCCC, holds and Associate in General Education and plans to get her Bachelor of Science in Nursing. She currently works at Maxim Home Health as a nurse aide II.

Established by Lena H. Page, RN in 1992 in memory of her husband, this annual scholarship is awarded to a nursing student who demonstrates high academic achievement and financial need. Mrs. Page graduated from the BCCC Nursing program in 1968. 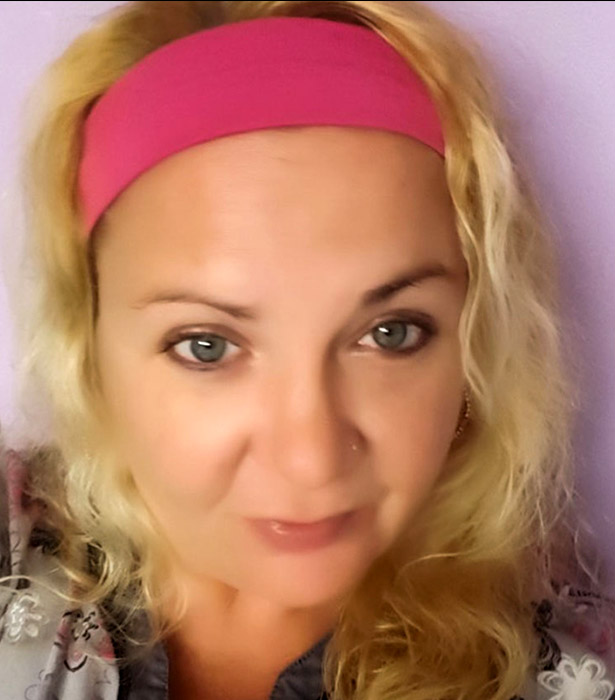 Melissa Speece
Melissa Speece, 45, received the Harold & Louise Lane and the Wallace/Eakes Scholarships. Speece is working on her Associate Degree in Nursing. She is a mother of three and the daughter of Vivan Rajca and William Dingle Sr. of Greenville. The Greenville resident attended Well High School in New York and holds an Associate in Applied Science in Human Services Technology. She plans to work as an administrative registered nurse specializing in wound care. Speece currently works at East Carolina Rehab and Wellness.

Established in 1998 in memory of Harold Alton Lane, Jr., and in honor of Constance Lane Howard, by their parents Harold Lane, Sr. and his wife Louise, this endowment provides annual scholarships to one or more students in the nursing and or an associate degree program.

Doris Wallace Eakes, originally from Beaufort County, started this endowment to memorialize her father, Carmer Wallace, and her husband Joseph Eakes. Doris and her husband owned numerous nursing homes and shared a passion for good nursing care. Thus, the proceeds from this endowment support nursing scholarships.