Published: Wednesday, October 14th, 2020 @ 9:39 am
By: Civitas Insitute   ( More Entries )
Publisher's Note: This post appears here courtesy of the Civitas Institute. The author of this post is Andy Jackson.

Here is data from the fourth week since that start of voting in North Carolina.

When looking at figure 1, it is important to remember that the current week (currently week 41) tends to get a little over 20,000 requests added to it during the next week as counties catch up with old data entry. For example, there are 64,456 ballot requests currently listed for week 41 (the 41st week since counties started accepting absentee ballot requests for this election). I expect the total number of requests for week 41 to be around 90,000 when files are updated this time next week.

With just over to weeks until the October 27 to request an absentee ballot, it is starting to look like less than 1.6 million North Carolina voters will request absentee ballots. 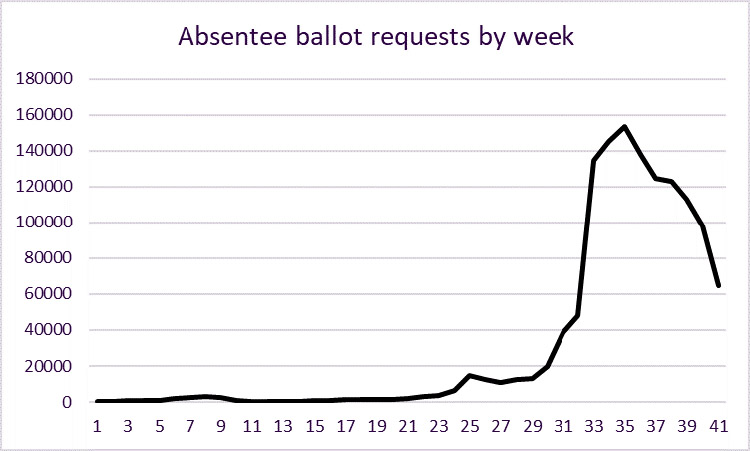 The absentee ballot return rate starts to tick up again

As seen at the Civitas Institute's Vote Tracker, 478,156 absentee ballots have been accepted as of this morning. That represents about 9.6% of the roughly five million votes expected in the 2020 election in North Carolina. The 110,988 ballots added this week represents a slight increase from the 108,594 ballots added last week (see figure 2 for a visual representation).

Note: as with absentee ballot requests, there is some upward adjustment each week to the previous week's totals, in this case, an increase from 100,985 to 108,594. 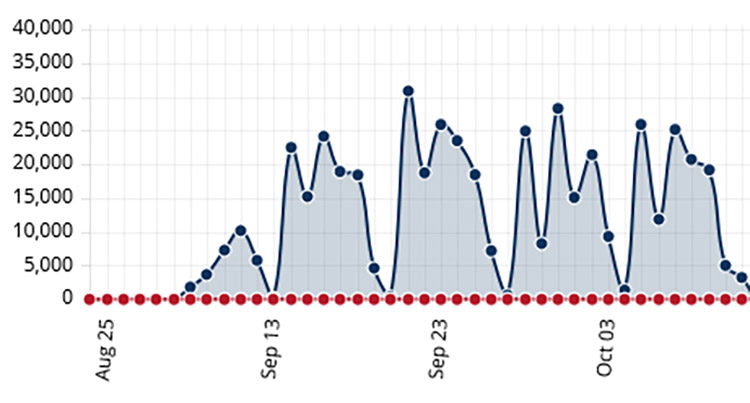 As can be seen in figure 3, Democrats continue to maintain a roughly six percentage point absentee ballot return rate advantage over Republicans and unaffiliated voters. As of the morning of October 12, 40.0% of the absentee ballots requested by Democrats have been returned and accepted compared to 34.1% for Republicans and 33.9% for unaffiliated voters. 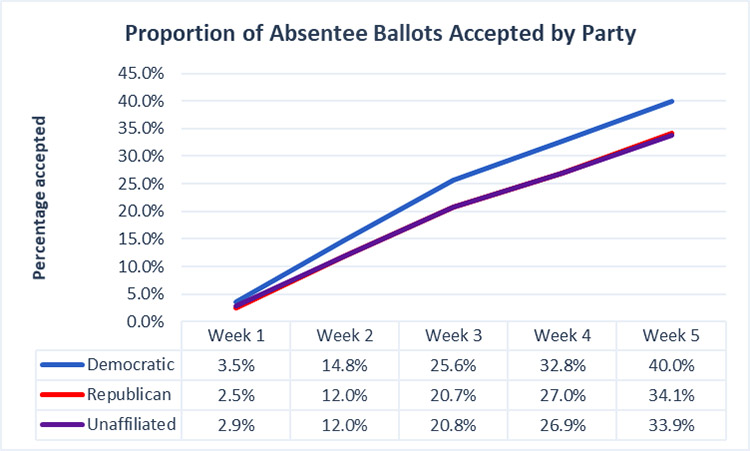 Figure 3: Proportion of requested ballots returned and accepted, by party. | NC State Board of Elections

Democrats continue to lag behind Republicans in voter registration

As we have seen at the Civitas Voter Registration Changes webpage, Republicans continue to outgain Democrats in net registration changes, with a 14,356-11,165 advantage last week with 15,412 net additional unaffiliated registrations There has been a net increase of 51,637 Republicans, 49,809 unaffiliated voters, and 36,381 Democrats (see figure 4) since September 5, the day after absentee ballots were first mailed out. 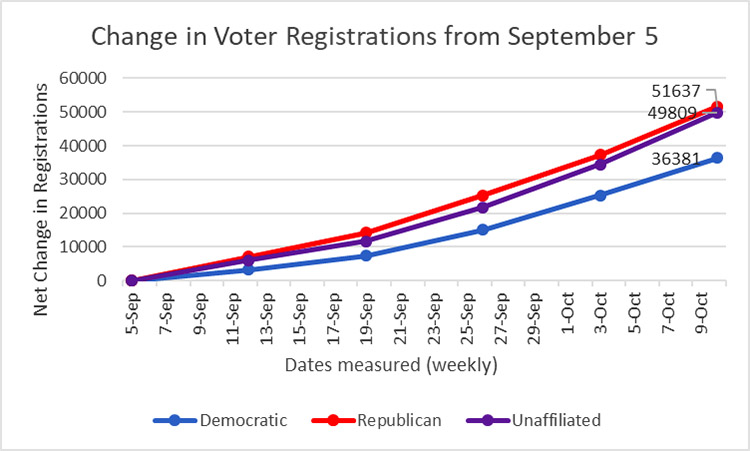 Preview: We should see a large uptick in absentee-by-mail votes next week 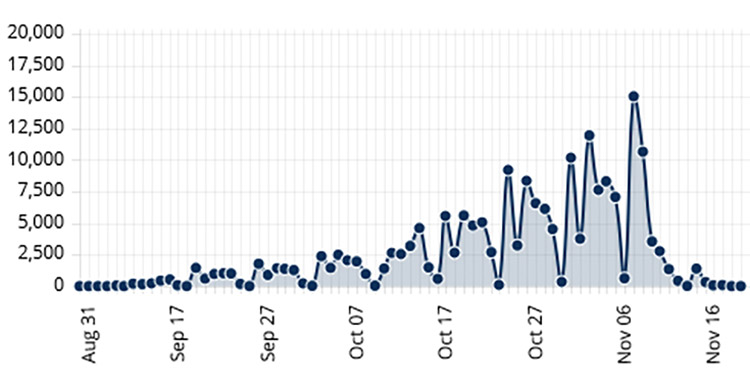 During the 2016 election, there was a steady increase in absentee ballot submissions during the last eight weeks before election day, with more pronounced growth during the last three-and-a-half weeks (see figure 5). Contrast that with figure 2 above, which shows the rate of absentee ballot returns more or less steady over the past four weeks.