North Carolina Leads in Jobs Lost | Beaufort County Now | There are about 300,000 fewer jobs in North Carolina today than there were in February, before the start of the COVID-19 recession. | carolina journal, jobs lost, fewer jobs, coronavirus, covid-19, october 21, 2020 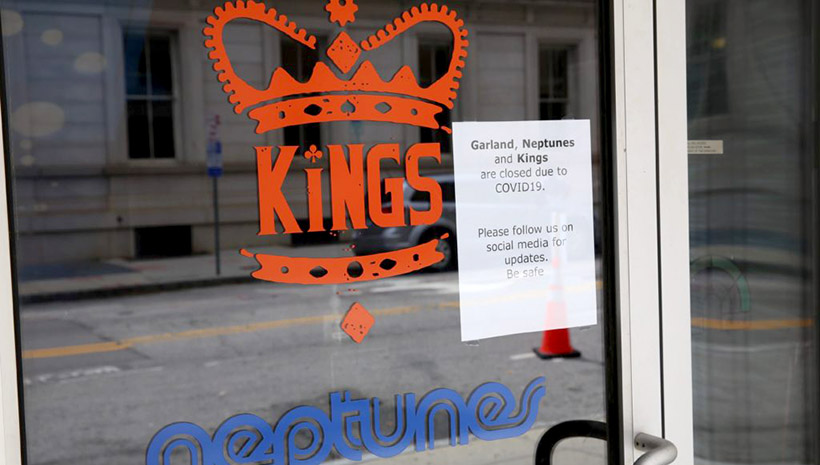 There are about 300,000 fewer jobs in North Carolina today than there were in February, before the start of the COVID-19 recession. That's a 7.5% drop in total employment — the biggest decline in the southern United States.

Our labor market also compares poorly on other measures. Our September unemployment rate of 7.3% is higher than the regional average. Our neighboring states of South Carolina (5.1%), Virginia (6.2%), Tennessee (6.3%), and Georgia (6.4%) all have lower jobless rates.

Nor is this just a statistical artifact driven by workers giving up and dropping out of the labor force. If you compare the ratio of people employed to the total working-age population, all four neighboring states still rank higher than North Carolina.

On the other hand, Georgia and South also rank significantly higher in COVID death rates — 72 and 71 per 100,000 residents, respectively, vs. North Carolina's 37, according to the latest counts from the Centers for Disease Control and Prevention. Virginia (40) and Tennessee (42) have modestly higher death rates, as well.

For the most part, all sides of the COVID debate agree that Gov. Roy Cooper's regulations have been among the strictest in the region. Disagreements arise about whether the benefits of Cooper's approach have outweighed the costs — counted not just in jobs, incomes, and businesses lost but in adverse medical, educational, and social consequences — as well as what North Carolina should do from this point forward to battle COVID in the most cost-effective manner.

I have opinions about these questions, naturally. I bet you do, too. But can we first agree that some questions can't be answered authoritatively right now, given our necessarily limited information?

For example, while it's possible Cooper's tighter regulations on bars, restaurants, public venues, and educational settings have reduced viral transmission enough to explain some of the difference in COVID death rates, there are clearly other variables at work. Some states with regulations as tight or tighter than ours have higher death rates. Other states with many fewer business restrictions than in North Carolina, and where most schools are open for in-person instruction, have comparable or lower death rates.

Policy choices simply cannot explain all of the variation in COVID incidence and severity, or even most of the variation. Differences in density, urban design, business structure, demographics, and medical care matter a great deal.

My view, stated repeatedly during the COVID crisis, is that North Carolina should have allowed local communities more flexibility in developing public-health measures that best fit their risks and preferences. Gov. Cooper should have consulted the other statewide-elected executives who comprise the Council of State, rather than assuming extraconstitutional and perpetual "emergency" power over private households and businesses. If he felt he needed additional authority to act, he should have approached the General Assembly to secure it, since governors have no more powers in this arena than they are granted by legislation.

Moreover, I believe the governor should have established more-reasonable guidelines for our public schools to reopen for in-person instruction, again in consultation with other elected officials. Many preschools, elementary schools, secondary schools, colleges, and universities have been open for in-person instruction for months now across much of the country. While there have been COVID outbreaks here and there, few have led to severe illness.

Schools have not been a major source of deadly infections. Those who predicted otherwise were mistaken, and ought to be willing to shift their views accordingly.

Over the coming months, we should be both determined and prudent. We should all take reasonable precautions, absolutely. But keeping schools, public venues, and large swaths of our economy closed or severely constrained indefinitely strikes me as the opposite of reasonable. Even when vaccines are available and widely administered, the risk of contracting COVID will not suddenly drop to zero. We must accept the realities of the situation on the ground.

And we must not accept North Carolina's current distinction as first in the South in jobs lost.