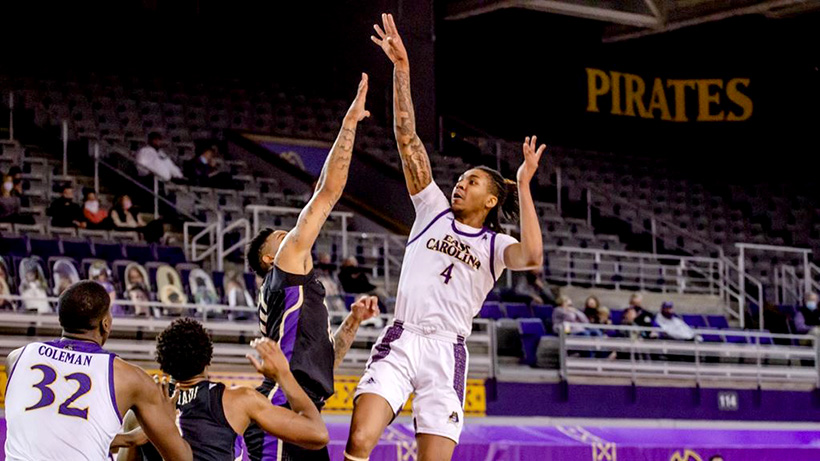 GREENVILLE, N.C.     East Carolina completed its non-conference slate unbeaten with a 73-64 win over James Madison inside Williams Arena at Minges Coliseum, ending a three-game losing streak to the Dukes.

Gardner broke a 10-all tie with a layup and ECU led for the final 33:06, trailing for just a total of 48 seconds the entire game.

POSTGAME QUOTES     "We found a way to win the game but there are some things we have to do to keep getting better. There are also some things that we hadn't done that we did. Good win after bouncing back from SMU." — ECU Head Coach Joe Dooley

"It feels great. We're learning how to win so we'll take those wins and pick up some confidence. We can get a lot better rebounding, defense and shooting," — Tristen Newton

"We knew they had a couple of great scorers who were averaging a lot of points so we established who we wanted to stop and stopped a lot of three's that hurt us last year. We just wanted to take it from them and play good defense in the first half and the second half and put it all together." — Brandon Suggs