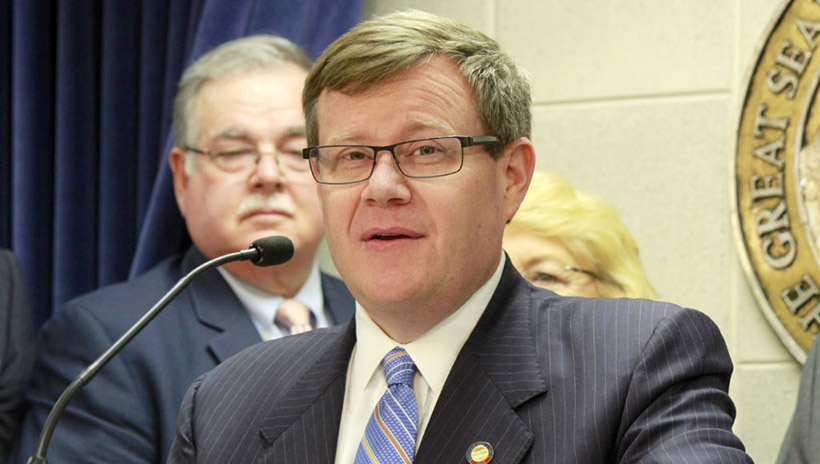 The N.C. General Assembly passed a bill Thursday, Feb. 4, that provides more than $2 billion in COVID aid across the state, most of it to public schools.

The bill now heads to Gov. Roy Cooper, who held a press conference Thursday calling for hundreds of millions in more spending.

"We can and will turn the corner on this pandemic, and our communities can be even stronger than before," said Cooper, a Democrat. "But for that to happen the way we want, we must make strong investments now to help people and businesses recover."

The General Assembly's bill allocates $1.6 billion to public schools in North Carolina, with the money coming from the federal government. That money will go to providing the equipment and staff needed to reopen.

Another measure tentatively passed in the Senate on Thursday would require schools to offer at least part-time in-person instruction as an option to families. Many N.C. school districts, including in Mecklenburg and Wake counties, are closed.

Cooper said this week that he believes it's time for schools to be open, but Democrats aren't swayed.

More than $500 million in the COVID relief bill would go to renters struggling to make payments due to pandemic-related job loss.

"Powerful education funding in this bill will help students safely return to the classroom and receive robust summer learning opportunities to overcome the challenges of the last year and realize their highest academic and career potentials," House Speaker Tim Moore, R-Cleveland, said in a statement. "This legislation represents a strong beginning to another successful session delivering on our promises to serve North Carolinians in need."

But Cooper said Thursday that isn't enough. He's calling for the state to spend another $695 million out of the General Fund for a laundry list of projects. They include:


Spending at this level would necessitate using money the General Assembly has set aside in its "rainy day fund" or the state's current cash balance.

Legislators have been reticent to commit this money, as there are still no financial projections on what tax revenue will look like this year. Last year, North Carolina collected nearly a billion dollars less than the year before.

Economists say North Carolina will need roughly $2.6 billion to weather a recession without needing to resort to massive layoffs and costs cutting.

Cooper did not reference any concern for fiscal caution Thursday.

"People need help immediately, and we have both the means and the power to give it to them," Cooper said.