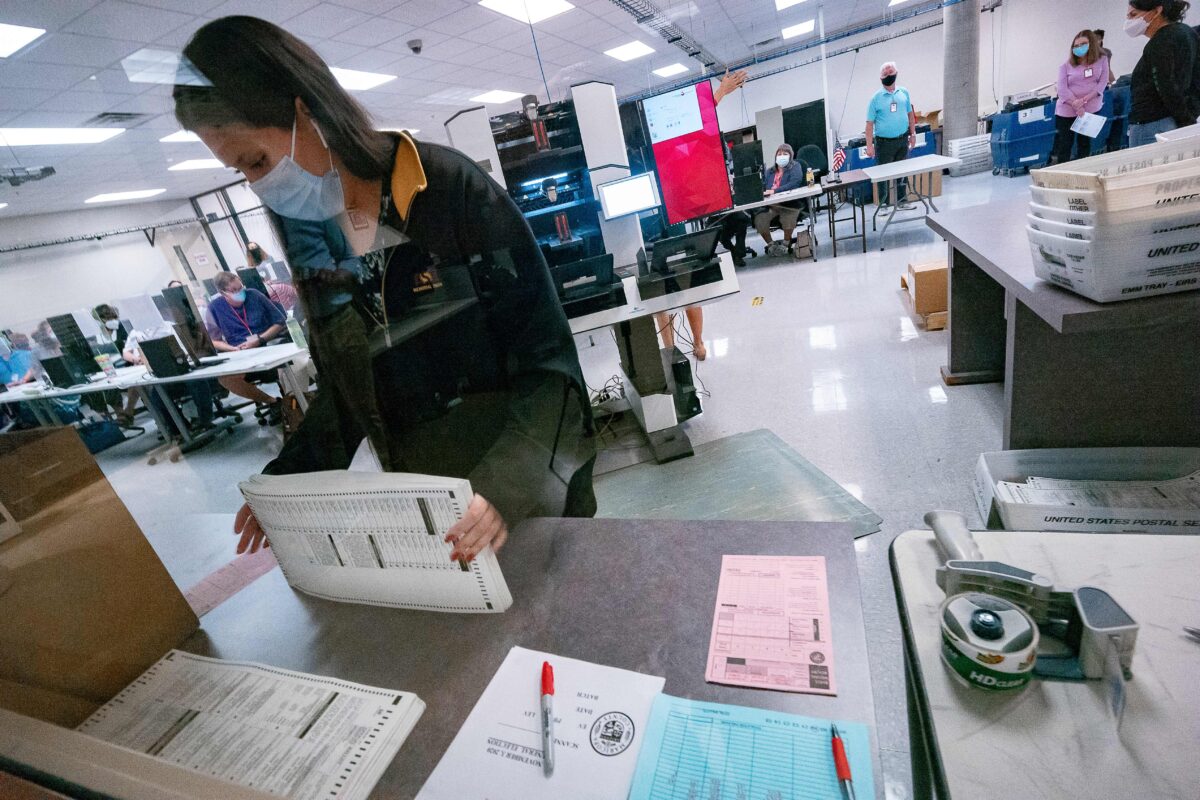 Arizona legislators have ordered a recount of 2.1 million ballots for the 2020 presidential election, this time to be done by hand.

The Arizona Senate, which is controlled by Republicans, released a statement confirming their intent to do another audit of the ballots from Maricopa County, the state’s most populous county.

The Arizona State Senate statement released on Thursday says that they will conduct a “broad and detailed” audit, adding that they will test voting machines, scan ballots, look for IT breaches, and perform a hand count.

“As thousands of our voters continue to call for a thorough audit of the 2020 election in Maricopa County, I am pleased to report we have narrowed it down to a preferred forensic audit team,” reads a March 18 statement from state Sen. Karen Fann (R-Ariz.).

“We are negotiating final details on the execution of the audit and hope to have an announcement soon.”

“Our goal is to make this a bipartisan effort with full transparency and in joint cooperation with Maricopa County officials. We’ve been reaching out to experts on election processes in Arizona and around the nation and hope to have the best and brightest involved in the audit,” Fann wrote.

“When all the work is done, there will be a full report for the Senate and County to review. Our voters expect this audit, and it can be a big step in returning trust and confidence in our election process,” it concludes.

Last month, Maricopa County Superior Court Judge Timothy Thomason ruled that subpoenas issued by Arizona’s state Senate are valid and should be enforced, and he disputed arguments from Maricopa County officials saying the subpoenas are unlawful.

The county previously stated that multiple audits have been sufficient and said ballots should be sealed.

He argued that the “Arizona legislature clearly has the power to investigate and examine election reform matters,” adding that senators can “subpoena material as part of an inquiry into election reform measures.”

The move was hailed by Republican legislators in Arizona.

Fann told news outlets after the judge’s ruling that their move was “never about overturning the election, it was about the integrity of the Arizona election system.”

Jack Phillips contributed to this report.