Texas and Florida will gain 2 seats, Colorado, Montana, North Carolina and Oregon to each gain one US House seat | Beaufort County Now | Let the wailing and gnashing of Dem teeth begin

Texas and Florida will gain 2 seats, Colorado, Montana, North Carolina and Oregon to each gain one US House seat 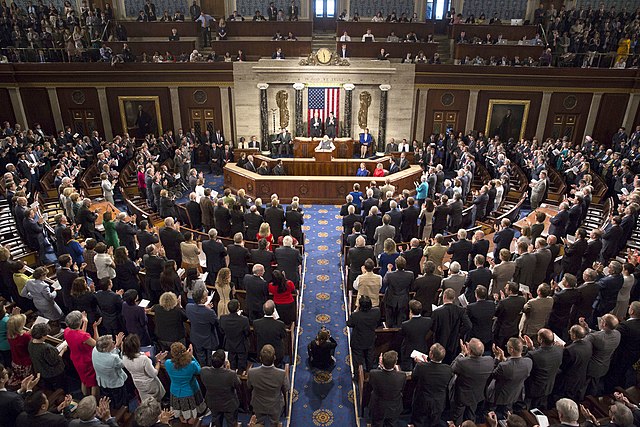 The Washington Examiner is reporting:

Texas is getting two new House seats and Florida one, helping Republican chances of winning a majority in 2022 and scrambling the Electoral College calculus for both parties in the 2024 presidential race.

Population growth is driving the increased House representation for the two Sun Belt states in the 435-member House of Representatives, per data released by the Census Bureau on Monday that decides how many seats each state gets for the next decade.

In addition to the pickups for Texas and Florida, four others states will gain one House seat each: Colorado, Montana, North Carolina, and Oregon.

But population growth in one area usually coincides with people moving out of other states. So seven will lose one House seat each: California, Illinois, Michigan, New York, Ohio, Pennsylvania, and West Virginia.

The Texas population boom will boost its House membership from 36 to 38 members, while the Florida delegation will jump from 27 to 28 lawmakers.

In Texas, Republicans are likely to draw at least two new seats where they have a strong chance of winning. And possibly a fourth, by divvying up districts currently held by Democrats. The Rio Grande Valley, in South Texas along the U.S.-Mexico border, is a particularly inviting target because in 2020 then-President Donald Trump made significant gains with Latino voters there while losing nationwide to President Joe Biden.

In Florida, political momentum is already with Republicans, who nabbed two House seats in 2020 after holding the governor's mansion and picking up a Senate seat in 2018.

Still, nothing is certain in redistricting, and an extreme partisan gerrymander can ultimately backfire. Democrats see Texas as a viable political target in the coming years. After decades as a GOP stronghold, the growth of suburban voters in Houston, Dallas, San Antonio, and other urban areas suggests the state could become politically competitive at some point over the next decade.

In the short-term, though, the new seats give House Republicans an edge in their bid to win a majority in 2022 after four years in the political wilderness. Republicans will need to win about five seats next year to topple the current Democratic majority.

Going into the 2022 cycle, Republicans will get to draw far more districts than Democrats because they control the process in more states. And there are fewer nonpartisan commissions drawing election maps in those states than those where Democrats have full control of government, including Virginia and New Mexico.

CLICK HERE TO READ MORE FROM THE WASHINGTON EXAMINER

And reapportionment between states has ramifications for the presidential contests in 2024 and 2028. Texas will now have 40 Electoral College votes and Florida 30, making them second and third behind California.

That may force the Democratic ticket in 2024 to give a harder look at playing in Texas, where demographics are shifting the party's way. And it could force Democrats to think twice about competing in Florida because the longtime swing state now has a distinctive GOP lean.
Go Back