Sticky Tax Policy Could Be Good For Tar Heel State | Eastern North Carolina Now | It’s hard to get away from an object that’s sticky.

Sticky Tax Policy Could Be Good For Tar Heel State

Published: Thursday, May 6th, 2021 @ 3:11 am
By: Carolina Journal   ( More Entries )
Publisher's Note: This post appears here courtesy of the Carolina Journal. The author of this post is Mitch Kokai. 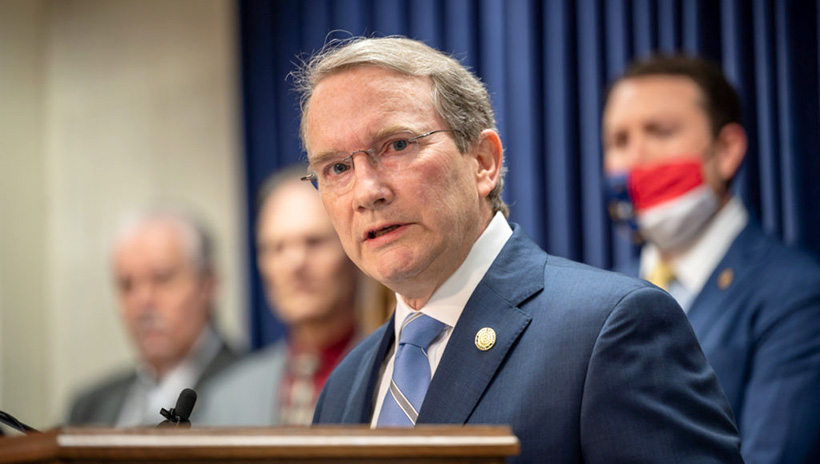 It's hard to get away from an object that's sticky.

Perhaps that's why one of the N.C. General Assembly's leading tax reformers emphasizes the term "sticky." It helps describe his approach to long-term changes in the state tax code.

"Companies are not coming here for a day, week, month, or year — they're making 50-year bets on our state," said Sen. Paul Newton, R-Cabarrus, during an online presentation April 19 for the John Locke Foundation. "The more structural — the more sticky, if you will — we can make these tax changes, the more confidence job creators can have in choosing our state over other states."

That foundation should include a tax structure that's fair to all individuals and businesses. Newton and colleagues strive to meet that goal again this year through Senate Bill 337, the Tax Relief and Recovery Act. It would lop another 5% off the state's flat individual income tax rate, dropping the rate from 5.25% to 4.99%.

S.B. 337 also would increase the standard income tax deduction by nearly 19%, allowing every married couple to exempt the first $25,500 of their income from state taxation. Plus couples making up to $140,000 a year would be able to deduct an additional $500 for every child who qualifies as a dependent. The increase means families earning up to $40,000 would see the per-child deduction jump from $2,500 to $3,000.

On the business side, the bill would simplify and reduce the franchise tax.

As positive as those changes would be, they would last only as long as the current General Assembly supports them. A future group of lawmakers with less interest in lowering tax rates could reverse course.

That's why Newton has chosen to help sponsor another piece of legislation. Senate Bill 717 is called the Taxpayer Bill of Rights. "It would involve a constitutional amendment, and there's nothing stickier than having it in your constitution," Newton explained.

"It would limit the growth of government to the growth of population and inflation," he added. "It would also prescribe proper uses for at least some of the funds, like the rainy-day fund."

Provisions in S.B. 717 would require lawmakers to build that rainy-day fund, officially called the savings reserve, to a level that would help state government withstand major disruptions in years ahead. That includes both natural disasters like hurricanes and serious economic downturns.

Once the rainy-day fund hits its target level, revenue would flow toward another long-term obligation: unfunded government health care and retirement benefits.

"Places like Chicago and New York are being crippled by unfunded liabilities," Newton said. "We have some here in North Carolina. It's certainly not crippling, but we have to continue to keep those in focus. Make sure we have sound fiscal health so that we don't have to raise taxes for something that we know is coming some day. It's just not here today."

There's one more critical piece of the proposed Taxpayer Bill of Rights. "It would also require future tax increases to go to a ... vote," Newton explained. "That is perhaps the most constraining part of this constitutional amendment."

In other words, legislators would need voters' direct permission to raise state tax rates in the future. It's hard to imagine a tool that would make the current tax code any stickier.

My John Locke Foundation colleague Brian Balfour recently documented five reasons to support a Taxpayer Bill of Rights. First, it would add permanence to the fiscal restraint state government has seen during the past decade of Republican legislative leadership.

Second, the measure would reduce the likelihood of state budget "roller coaster rides," with periods of high spending growth followed by frequent bouts of cutbacks and layoffs. Third, reducing the likelihood of future tax increases would boost job creation and economic growth. Fourth, a larger savings reserve would help prepare the state better for future emergencies and recessions.

The fifth reason? North Carolinians like the idea. As recently as March, a Civitas Poll showed 58% of likely voters supported a Taxpayer Bill of Rights. Only 17% opposed it.

Add to these reasons one that has helped motivate Newton and his colleagues. A constitutional provision that limits tax and spending increases would add "stickiness" to North Carolina's tax structure. It would give individuals and businesses more confidence that North Carolina's culture of budget prudence is here to stay.