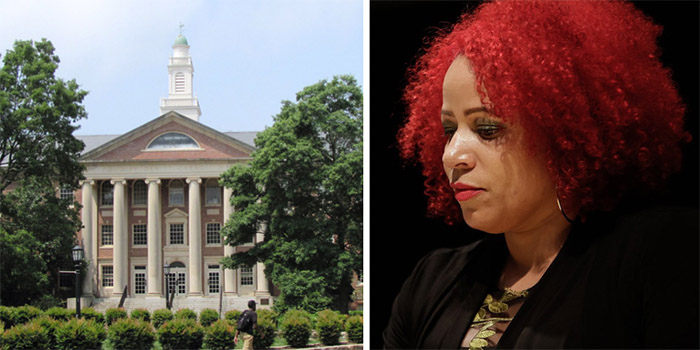 Creator of the controversial 1619 Project for The New York Times, Nikole Hannah-Jones will not yet be receiving tenure in her professorial post and will instead be given a five-year fixed contract as Professor of Practice with the option of being reviewed for tenure at the end of that period, NC Policy Hannah-Jones was being pursued for a tenured professorship position as UNC-Chapel Hill’s Hussman School of Journalism and Media Knight Chair in Race and Investigative Journalism, with Hannah-Jones beginning the tenure process last summer.

According to Dean of UNC-Hussman Susan King, Hannah-Jones had submitted a tenure package that was as well-received as any she had ever seen, and added that Hannah-Jones received enthusiastic support along the way, up until reaching the UNC-Chapel Hill Board of Trustees who chose not to take action on her application.

"I'm not sure why and I’m not sure if that’s ever happened before," King said.

UNC-Chapel Hill Chancellor Kevin Guskiewicz told board members that Hannah-Jones was a strong candidate, such that he was willing to offer the five-year fixed term position.

Knight Chairs, which are sponsored by the Knight Foundation, are filled by influential and experienced journalists who split their time between working in classrooms and continuing as journalists. The position doesn't have to be tenured, but since 1980 when UNC started working with the program, all have been granted tenure.

One UNC-Chapel Hill Board of Trustees member, speaking with Policy Watch on conditions of anonymity called the fixed-term position "A work-around."

"It's maybe not a solution that is going to please everyone. Maybe it won't please anyone. But if this was going to happen, this was the way to get it done," the trustee continued, adding that "politics" was the reason she didn't receive tenure.

"This is a very political thing,” they said. “The university and the board of trustees and the Board of Governors and the legislature have all been getting pressure since this thing was first announced last month. There have been people writing letters and making calls, for and against. But I will leave it to you which is carrying more weight."

According to Policy Watch, "conservative groups with direct ties to the Republican-dominated UNC Board of Governors have been highly critical of Hannah-Jones's work and the idea of her teaching at UNC-Chapel Hill."

A columnist for the James G. Martin Center for Academic Renewal wrote that the board of trustees must block Hannah-Jones's hiring, going as far as recommending the UNC Board of Governors "amend system policies to require every faculty hire to be vetted by each school's board of trustees."

The board of trustees has reportedly decided not to reappoint trustees they felt were not on the right idealogical page, the trustee stated.

"This is a high profile hiring decision and the last thing anyone should want is us going to the Board of Governors with this and they disagree," said the trustee. "That is not going to be good for anybody. That is when negative things are going to happen."

A second trustee spoke with Policy Watch, confirming the role of the current political environment in the decision.

"There was some discussion about ‘She is not from a teaching background, she is not from academia, so how can she just get a tenured position?'" They said. "But if you look at the previous Knight Chairs, if you look at Penny Abernathy for instance, these are people who come from the world of journalism. That’s the idea. That’s what the program is and it’s always been that way. So that argument doesn’t really hold water."

King said that while the fixed-term position was not the ideal outcome, it was better than losing Hannah-Jones altogether.

"She represents the best of our alumni and the best of the business," King said. "I don't want to get into a food fight. I want to make sure that our students have the opportunity to have someone of her caliber here and to learn from her. I think our faculty do as well. I realize this is a fraught era in the state. When I heard that the chancellor and the provost wanted to move to this, it was better than having a battle royale about the theory of academic freedom."

King added that "Our job is to expose our students to the great issues of our time. This is a fraught time and a time of racial reckoning."

"If the BOT doesn't take that recommendation, they are essentially disregarding almost a month's worth of work time of faculty consideration to the issue," said UNC-Chapel Hill's faculty chairperson Mimi Chapman. "So that feels very demoralizing."

She added that the Board of Trustees does possess the power to deny tenure, but it should be exercised only in extraordinary circumstances.
Commentary
We commend the Board of Governors for stepping up to the plate and preventing this.  Writers and teachers of revisionists have no place in our tax payer supported institutions.  This woman will likely be recruited by another institution that wants the limelight so she will make out like a bandit for a major con job.
We trust this will be a message to the elitists at Chapel Hill.  Good job BOG!
Go Back