NCHSAA in the political crosshairs | Beaufort County Now | Careful what you wish for, you may just get it

NCHSAA in the political crosshairs 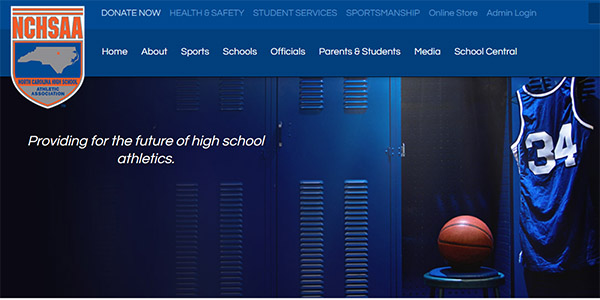 Carolina Journal has been following the movement to reform High School Athletics in North Carolina for more than two months.

CJ wrote in-depth about how we got here, and it was not just because the NCHSAA has amassed an astonishing $41 million dollars in assets.

N.C. Superintendent of Public Instruction Catherine Truitt testified at the latest hearing and said she and DPI chair Eric Davis had concerns about the finances of NCHSAA, as well and transparency, accountability, and oversight.

“The information this committee has uncovered is very eye-opening and concerning to both me and the chair of the state board,” Truitt said.

“It seems to us that the High School Athletic Association is flipped upside down from what its true purpose should be, which is supporting students. Our concerns are the same concerns that many of you in this room share. First, the shocking amount of money that the association has in its coffers, along with the question of how the money is being spent and on what?

“What is really happening with relationships with preferred vendors?” Truitt asked. “Why is there little to no oversight on a multimillion-dollar operation that has propped up primarily by taxpayers? Why is there such a lack of transparency from this organization? And are we really doing what is best for the student-athletes and their families?”

Former State Board vice chair Buddy Collins said the NCHSAA perplexed him the entire time he was on the State Board of Education.

Collins at the time said he was concerned that NCHSAA had amassed $13.5 million, and while the law allowed DPI to designate an organization to enforce the board’s rules, that was almost never done. NCHSAA was creating and enforcing the rules with no written agreement on how that should be done.

“I made several inquiries as to the nature of that relationship,” he said. “But there was no real contract, there was no real memorandum of understanding, and there was really no explanation as to how money that was accumulated during the time the agency was affiliated with the university system was transferred to the 5013-c.”

Lawmakers have pointed out the NCHSAA is granted protection through the State Tort Claims Act, which provides legal protections to the organization, as if it were a state agency while having no substantive oversight from the state.

Lawmakers are concerned the organization has built the largest cash reserve of any high school sports governing body in the country, forces schools to contract with higher costing “preferred vendors,” spends very little of its funds on scholarships for needs student-athletes, and takes a heavy-handed approach with schools with excessive fines.

“We have done an extensive amount of study and can only find where those scholarships are in the range of approximately 35 individuals and approximately 35,000 to $40,000 on an annual basis, which I find absolutely appalling,” said Sen. Tom McInnis, R-Richmond.

Melissa Merrell, chair of the Union County School Board, said local school boards have been shut out of oversight of athletics. She echoed lawmakers’ concerns of how issues of eligibility and hardship cases for student-athletes are handled. Lawmakers are expressed numerous concerns about a general lack of transparency with NCHSAA and a lack of due process for athletes.

Merrell explained how different appeals are handled compared to how local elected bodies handle personnel or other controversial issues.

“Mrs. Que Tucker (NCHSAA director) is allowed to sit on the first decision, the second decision, and the third decision, which is absolutely not the case as an elected official,” said Merrell.

“If there’s anything I would recommend today (it) is that local school boards should have more involvement and engagement and authority, and maybe our appeals process works better.”

Unlike last time, NCHSAA officials weren’t invited to participate in this latest hearing. Lawmakers concluded the hearing by making clear they intend to move toward drafting legislation to overhaul the entire system of governance and oversight of high school sports, without indicating exactly what that may look like.

Carefull what you wish for…you may just get it.

While the NCHSAA has some problems that need to be fixed, we fear that where we are headed is more government (read “political”) control of high school athletics.  And government regulation seldom produces the ideal solution to any problem.

The NCHSAA is truly an association.  It is made up of member high schools.  Its board is comprised not of political types but rather coaches, principals, and superintendents.  Over the years it has done a very effective job of managing high school athletics.  It was blessed with good leaders in Simon Terrell and Charlie Adams as well as solid board members.  Apparently, it has drifted away from that.  We think the major problems come from Big Money.  Corporations have, in recent years, become too powerful in the Association’s decisions.

Our suggestion to the General Assembly is to proceed with caution.  We don’t need for the solution to be worse than the problem.  Be careful what you wish for…you may just get it.