Published: Monday, June 7th, 2021 @ 9:12 am
By: Carolina Journal   ( More Entries )
Publisher's Note: This post appears here courtesy of the Carolina Journal. The author of this post is CJ Staff. 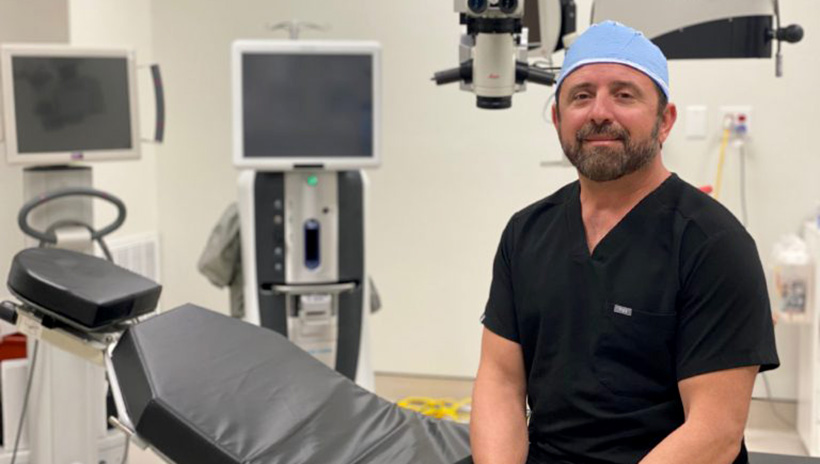 Judge Michael O'Foghludha heard roughly two hours of arguments Thursday, June 3, before agreeing with state lawyers' motion to kill the suit. The ruling can be appealed.

Dr. Jay Singleton argues that North Carolina's CON law is unconstitutional when applied to him.

Singleton has performed more than 30,000 eye surgeries. State law allows him to perform outpatient procedures like cataract surgeries at his New Bern-based Singleton Vision Center on an "incidental, limited basis." But state regulators force the doctor to perform most of those same procedures at a hospital.

Requiring patients to use a hospital increases cost and decreases convenience, Singleton argues. That's despite the fact that performing the procedures at Singleton Vision Center is just as safe as the hospital option, according to Singleton's argument.

If appellate courts eventually allow the case to proceed, Singleton hopes to have CON restrictions struck down for his business. The John Locke Foundation has filed a friend-of-the-court brief supporting Singleton's case.

Singleton's lawyer countered that the state argues that Singleton "needs to go begging" to government regulators, spending hundreds of thousands of dollars to win the certificate of need. That certificate would grant him state government permission to perform the additional procedures he wants to offer customers at Singleton Vision Center.

"He doesn't want a CON — he doesn't want to be a monopolist," said Renee Flaherty, the Institute for Justice attorney representing Singleton.

O'Foghludha rejected the state's argument that Singleton's case should be tossed because the doctor never applied to secure a CON. But the judge agreed with state lawyers that the CON law should be upheld based on a legal test known as "rational basis."

Under that test, a law is constitutional if legislators could have had any "rational basis" for approving it. That's a much easier standard for the government to meet than "strict scrutiny." That's an alternative legal standard courts can adopt when a plaintiff argues that his fundamental constitutional rights have been violated.
Go Back