Education Board Ok’s Final Portion of Documents for Social Studies Standards | Beaufort County Now | The N.C. State Board of Education has OK’ed the final round of “unpacking documents” for new controversial social studies standards for K-12 public schools.

Published: Monday, July 19th, 2021 @ 5:18 am
By: Carolina Journal   ( More Entries )
Publisher's Note: This post appears here courtesy of the Carolina Journal. The author of this post is David N. Bass. 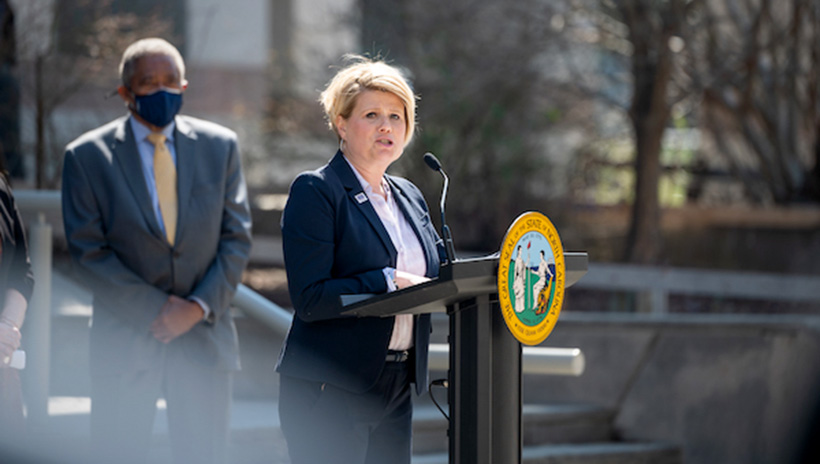 The N.C. State Board of Education has OK'ed the final round of "unpacking documents" for new controversial social studies standards for K–12 public schools.

The vote Thursday, July 8, means social studies teachers now have the full range of guiding documents to implement the revised standards for the coming school year.

As with past votes, the board split along party lines 6-5, with Democrats voting in favor and Republicans against. Catherine Truitt, the Republican superintendent of Public Instruction, once again criticized the standards as being structurally insufficient.

"We are not providing standards that are grounded in any sort of non-negotiable historical content, which contributes to inequitable standards," Truitt said.

Although no members spoke in opposition to the guiding documents at the meeting Thursday, Republican members have previously thrown up red flags over the wording. Olivia Oxendine, for example, said the K–5 unpacking document includes such figures as Ruth Bader Ginsburg and Eleanor Roosevelt on a list of historical women but not Sandra Day O'Connor, the first female member of the U.S. Supreme Court appointed by Republican President Ronald Reagan.

At the meeting, Truitt said in August she will recommend to the board a new template for the social studies standards, a move to which board chairman Eric Davis, a Democrat, agreed.

"The template is flawed," Truitt said. "A better template that provides a better framework will be better for teachers and therefore for students."

"We have become aware of some new templates, in particular a roadmap, if you will, for educating our students about our American democracy," Davis said. "That roadmap may offer the potential to enhance the approved standards."

Before the vote, board members discussed a report from the Fordham Institute ranking the quality of North Carolina's social studies standards as last in the Southeast, giving an F grade to its U.S. history standards and D-minus to civics.

David Stegall, deputy superintendent of innovation for the N.C. Department of Public Instruction, said Fordham dinged the standards for being "conceptually written" and said the organization has given N.C. low marks on its social studies standards for years.

The Democrat-run board gave final approval to the revised social studies standards in February for implementation in the 2021–22 school year. Republicans — including Mark Robinson, the first black lieutenant governor in North Carolina — have called the new standards "politically charged" and "divisive."

GOP board members were able to tone down some of the more controversial language in the standards, such as switching "systemic racism" to "racism" and "gender identity" to "identity."

In June, House lawmakers passed Senate Bill 654, which would delay the implementation of the social studies standards for a year. The Senate voted to not concur, and the bill sits in a conference committee between the two chambers.
Go Back