Teachers' unions push indoctrination of our students in anti-Americanism 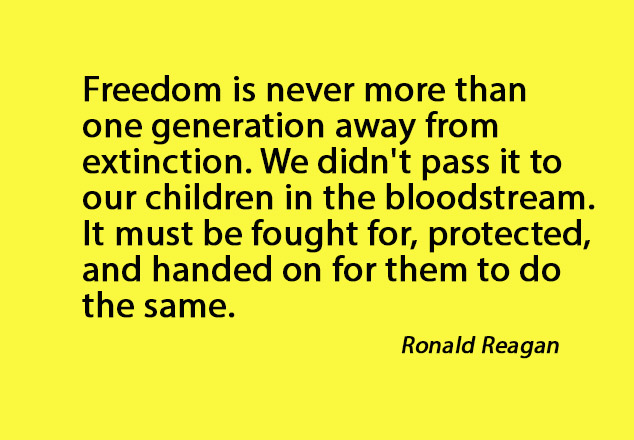 Thousands of teachers are pledging to teach critical race theory in the face of state laws seeking to ban it from classrooms.

More than 5,000 educators have signed the Zinn Education Project’s "Pledge to Teach the Truth" since June 21. In the letter, the leftist education group claims the United States was founded on "structural racism and oppression"—tenets of the Marxist-based ideology called critical race theory.

"We, the undersigned educators, refuse to lie to young people about U.S. history and current events—regardless of the law," the pledge reads.

Legislatures in several states have passed bills to restrict educators from teaching critical race theory to students. Florida’s education board outright banned teachers from using material from the New York Times’s 1619 Project. Teachers in Idaho are banned from teaching that any race or sex is inherently inferior or superior to another. And Rep. Glenn Grothman (R., Wis.) introduced a bill in the House that would prohibit teachers and students in the District of Columbia from making confessions about inherent racism based on skin color.

Racism is integral to the founding of the United States, the pledge states, and failing to educate students on "the roots of U.S. racism" is deceptive.

"From police violence, to the prison system to the wealth gap, to maternal mortality rates, to housing, to education and beyond, the major institutions and systems of our country are deeply infected with anti-Blackness and its intersection with other forms of oppression," the pledge states. "To not acknowledge this and help students understand the roots of U.S. racism is to deceive them—not educate them."

In addition to listing the names, cities, and states of the pledge’s signatories, the Zinn Education Project posted personalized statements from the teachers.

"I refuse to teach my students an alternate history rewritten by the suppressors in power," Jessica Williams, from Tucson, Ariz., said. "They have the right to learn about the contributions and impact that Black Americans, women, LGBTQ+, Latin/a/ex, Native Tribes, Asian and Pacific Islander, all religions other than Christianity, and all other non-white Europeans have had to America."

The Zinn Education Project did not respond to the Washington Free Beacon’s request for comment in time for publication. The group, which is named after socialist academic Howard Zinn, hopes to receive 6,400 signatures to the pledge. It has so far reached 80 percent of its goal.

Zinn’s website offers lesson plans to the organization’s 130,000 registered educators. The Free Beacon reported that Caneisha Mills, a D.C.-area public school teacher, posted a lesson to the site called the "People’s Tribunal on the Coronavirus Pandemic." The lesson taught students that the U.S. government, racism, and capitalism caused the COVID pandemic. The Zinn Education Project also capitalized on the Jan. 6 riot at the Capitol to push for reparations.

Ashley Varner, vice president of communications at the Freedom Foundation, told the Free Beacon that "the Zinn Education Project is basically an organization that provides left-leaning propaganda to teachers to use in their classrooms."

The Zinn Education Project is not alone in its crusade. Two of the nation’s top teachers’ unions have pledged millions of dollars to advance critical race theory in the K-12 classroom. The National Education Association, the country's largest teachers' union, voted to spend $127,600 advancing critical race theory at its annual conference last week. The American Federation of Teachers promised $2.5 million to fund lawsuits against critical race theory bans.

It is past time our local school boards, superintendents and principals take a strong position on insuring that appropriate instruction and materials are used in every classroom in every school.

The local school board should adopt a resolution mandating that the new state social studies curriculum be postponed for one year.

N.C.G.S. 115C-307 (d) requires teachers to teach what they are required to teach.  It follows that it is the principal’s duty to insure that teacher know what is required of them.

The board should adopt a policy that clearly mandates the principal monitoring what is be taught in each classroom, including review of daily lesson plans.  115C-325 should be invoked against any failure to fulfill this duty.

Principals, with the concurrence of the School Improvement Team, should develop a “Curriculum and Instruction Challenge” process very similar to that used in many schools for library books.  If a student or parent objects to the material or instruction used in any classroom they should be allowed to use the Curriculum and Instruction Challenge process to have the principal review the challenge and respond in writing to the person making the complaint.  If such person(s) is not satisfied with the principal’s response an appeal may be made to the superintendent.  The superintendent should be required to report all such challenges to the board of education as information.

Each local school board, with diverse participation by stakeholder groups, should develop a “Citizenship Test” to be administered twice a year to all students in grades six through 12.  The student scores should be reported in a similar manner as the End of Grade/End of Course tests.

It is past time for local school board, superintendents and principals to monitor and insure appropriate instruction and materials in our schools.  Parent who are concerned should have an efficient and effective remedy to have their concerns addressed.

Finally, each County Board of Commissioners should adopt a resolution of dissent to the implementation of the newly revised social studies curriculum until it can be adequately studied and prohibit the use of any local funds, directly or indirectly in the implementation of the new social studies program of studies.  We see this as important in fostering public confidence in what our students are going to be taught.