Independent voters determine the outcome of most elections at every level | Beaufort County Now | Neither major party can win with only their base.

Independent voters determine the outcome of most elections at every level 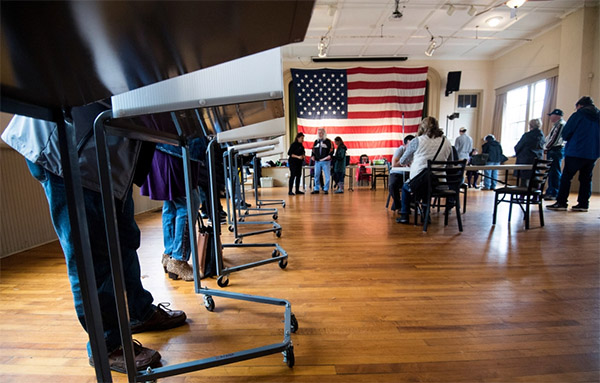 A few weeks ago, I suggested in this column that independent voters would decide when Joe Biden’s honeymoon is over. Well, Independents’ Day has arrived.

While the president’s support from his Democratic base remains strong enough to offset Republican opposition, several recent polls have seen his job approval rating begin to slip with the most crucial voter group — independents. Our July 6-8 Winning the Issues survey saw Biden’s job approval underwater, with 40 percent of independents approving the job he is doing and 47 percent disapproving. Only a month before, our June survey had him at 46 percent approve/42 percent disapprove, a significant drop.

If this negative trend with independents continues, Democrats could face strong headwinds in 2022 as they try to maintain their slim majorities in both the House and Senate. The White House and congressional Democrats have focused on Biden’s overall job approval numbers to bolster their case that the president and his progressive policies are popular with the public.

They’re right that Biden remains just above 50 percent in most polls, a function of his Democratic base support. Republicans, for the most part, were never with him.  What they aren’t talking about, however, is what appears to be Democrats’ looming problem with independents.

With the two party bases locked in a partisan divide, it’s looking like independent voters will be back next year in the catbird seat, as they have been in most elections for decades, with the power to choose the next Congress.

For Democrats trying to paint a rosy picture for 2022, there are some takeaways from the 2020 election, especially about the behavior of independents, that ought to be worrisome indeed for a party with the slimmest of majorities.

Finally, a majority of the country is not a part of either party’s base, a trend that is often ignored by policymakers and pundits. In 2016, liberal Democrats were 18 percent of the country, and conservative Republicans were 21 percent (22 percent at the congressional level). Both groups added up to 39 percent, meaning 61 percent of voters were something else.

In the 2020 election, 17 percent of voters were were liberal Democrats and 26 percent were conservative Republicans, meaning the margin for the latter group went from +3 to +9. Fifty-seven percent of voters, a huge number, were not members of either parties’ bases, a fact almost universally ignored by cable news and social media.

So, if Republicans improved in party identification, ideology and size of base, why did Donald Trump lose in 2020? The answer — independents, a group Trump won by 4 points in 2016 and lost by 13 points four years later, a seismic shift of 17 points. In fact, you have to go back to Walter Mondale in 1984 to find a major presidential candidate who lost independents by a larger margin than Trump.

This same “independent effect” was seen in the eight key states where the margin between Trump and Biden was less than 4 points: Arizona, Florida, Georgia, Michigan, Nevada, North Carolina, Pennsylvania and Wisconsin. In each, the party ID margin improved for Republicans over 2016. Yet, Trump lost six of these states.

In all of these states, Trump’s margins with independents dropped by double digits. In four of the eight, these margins dropped by a staggering 20 points or more: Michigan (-22), Wisconsin (-22) Georgia (-20) and North Carolina (-20).

It was a disastrous shift for Trump, due largely to his unsustainable favorable/unfavorable rating of 40 percent/58 percent among independents and other nonparty affiliated voters compared to Biden’s 51 percent/45 percent favorable/unfavorable. While Trump’s poor performance impacted House Republicans as well, they did slightly better, losing independents by 9 points as opposed to Trump’s 13.

The reason that Republicans came close but did not win the majority in Congress was not that the country went left, or became more Democratic. It was because enough of the political center that voted on personality at the presidential level (27 percent) moved toward the  Democrats. Congressional Republicans lost this group, and that was enough for Democrats to keep the House and win the Senate, if just barely.

But independents have a propensity to change sides. In the last election, independent conservatives outnumbered independent liberals by 14 points (32 percent to 18 percent), with independent moderates accounting for half.

If there is any lesson to be learned from these elections, it is this: Don’t take independents and their concerns for granted. Barack Obama did that in 2009, focusing on health care instead of unemployment. Trump made the same mistake in 2018, when he made immigrant caravans the issue rather than a growing economy.  Both saw their party lose the House in the midterms.

Biden, Nancy Pelosi and Chuck Schumer appear to be taking a page out of Obama’s playbook as they focus on a liberal progressive agenda that will have little appeal to independents.

So, the next time you see the media and political partisans selling the idea that elections are “all about the base,” don’t buy it.

Election Day 2022 will be Independents’ Day one more time.

David Winston is the president of The Winston Group and a longtime adviser to congressional Republicans. He previously served as the director of planning for Speaker Newt Gingrich. He advises Fortune 100 companies, foundations, and nonprofit organizations on strategic planning and public policy issues, as well as an election analyst for CBS News.