The Real Story of January 6 | Beaufort County Now | Why are they hiding who killed Ashli Babbitt?

The Real Story of January 6 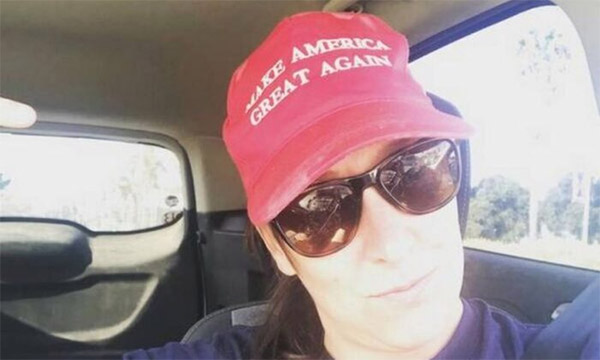 On July 27, House Speaker Nancy Pelosi’s select committee to investigate events surrounding the Jan. 6 protests at the Capitol will hold its first hearing. The panel is part of a broader effort to paint the demonstration as an “insurrection,” and thereby characterize nearly 75 million Donald Trump voters as “domestic terrorists.” But there’s another reason Pelosi and her colleagues, law enforcement, and the press are pushing the insurrection narrative—to cover up the one obvious crime committed that day in the Capitol building, a murder.

See it in context: On May 4, 1970, Ohio National Guardsmen shot to death four Kent State University students protesting the Vietnam War. Events earlier that week set the stage for violent confrontation. The radicals who dominated the protest movement were not angels. They threw beer bottles at policemen. The campus ROTC was set on fire. Students threw rocks, too, sending one policeman to the hospital. After the students failed to disperse, the Guardsmen took their positions to fire.

No one except historians of the period remember any of what led to the massacre because the most salient fact is that uniformed Americans shot dead four unarmed protestors in cold blood. That’s why the Kent State shooting is one of the darkest moments in U.S. history.

The Jan. 6 shooting of an unarmed protestor in the Capitol building also shocks the conscience of the nation. However, legal and political measures, and the media’s false accounts of Jan. 6, have been employed to bury the murder of Ashli Babbitt and shield the identity of the U.S. Capitol Police officer who killed her.

Charges have been brought against hundreds of Trump supporters for their actions during the protest. Dozens have been detained without bail in a Washington, D.C., jail for non-violent offenses, some of them misdemeanors, like trespassing. Federal and Washington, D.C., authorities refuse to make public the entirety of the 14,000 hours of videotape in possession of the U.S. Capitol Police and instead leak clips to the press selectively edited to put the protestors in the worst possible light.

And what of the plainclothes policeman who drew his weapon on Ashli Babbitt and shot her in the throat? After a cursory investigation, local and federal law authorities declined any further action. And with that, Democratic Party officials and the press made the most important fact of Jan. 6 disappear. Because Republican officials are scared the media will tar them as “insurrectionists,” too, they have made no effort to hold anyone accountable for the most gruesome crime ever committed in their place of work.

Republicans have shown their side little loyalty in the six months since the protests. Though vocal, for instance, in their defense of Cuban democracy activists, only a handful of GOP officials have said anything about the Biden administration’s political prisoners. And thus Pelosi knew that her committee would put House GOP leader Kevin McCarthy in a bind.

If he appointed members to it, he’d be legitimizing another witch-hunt, like the special counsel investigation and the two impeachment inquiries, heading into 2022 midterms. On the other hand, boycotting the committee would give the Democrats an open field.

She is counting on public hearings to showcase the GOP’s weakness and cowardice: If members will not defend the Republican voters who came out to protest for the leader of their party on Jan. 6, they’ll lose. She’s right but she may have overplayed her hand, for the opposite is also true—if Republicans fight, they’ll at least carry their own supporters. To win, all they have to do is tell the truth.

The Jan. 6 narrative is the latest in a series of third-world-style information operations joining Democratic Party operatives, the media, and law enforcement to target Trump, his aides, and supporters. Info ops are designed to keep opponents tied down disproving details—i.e., prove Trump is not a Russian spy, prove he didn’t offer a quid pro quo to the Ukrainian president, prove Jan. 6 wasn’t an insurrection, and so on—so trying to fight it point by point is a losing game.

To date, the most successful operation spun by the U.S. media and spy services is Russiagate—generations of schoolchildren raised in Blue cities will be taught that Trump was a Russian agent. But it also provides an example of how to counter the narrative: Find the real story, then tell it every day.

In the winter of 2016–17, Congressman Devin Nunes saw there was no evidence to support the Russia collusion narrative. Rather than just contest it directly, he made it his aim to show the country and his colleagues that behind the false allegations that Trump was compromised by Russia there was a genuine scandal—the FBI had spied on the 2016 Trump campaign using political dirt funded by Hillary Clinton.

Getting out the truth and saying it every day, even in the face of relentless media attacks, galvanized supporters. The point of information operations, after all, is to demoralize the other side, so telling your story, the truth, strengthens and consolidates your side.

And tell the story of her murder. Tell it every day.

It wasn’t Trump supporters who desecrated congress, but the officer who drew blood in its halls and those who are protecting a killer. Use the hearings to put them on trial. Make federal and Washington, D.C., authorities testify. Put the question directly to Pelosi and her colleagues: Why are they hiding a murderer?

Lee Smith is a senior fellow at America’s Future, and the author of the recently published book “The Permanent Coup: How Enemies Foreign and Domestic Targeted the American President.”

Views expressed in this article are the opinions of the author and do not necessarily reflect the views of The Epoch Times.