Published: Wednesday, August 29th, 2012 @ 3:50 am
By: John Locke Foundation   ( More Entries )
Publisher's note: The author of this fine report is Barry Smith, who is a contributor for the Carolina Journal, John Hood Publisher.

Rouzer, Hudson, and Meadows will take to the podium this afternoon

RALEIGH     Three GOP congressional challengers gave a preview of their speeches before the Republican National Convention during a morning press teleconference. They said they planned to draw contrasts between Democratic President Barack Obama's policies and the vision of the Romney-Ryan GOP ticket.

"North Carolina is going to be a key in this election," said Hudson, who faces incumbent Democratic U.S. Rep. Larry Kissell on Nov. 6. He said that the election "offers a very clear contrast between President Obama's failed polices and the Romney-Ryan ticket, which creates a clear vision." 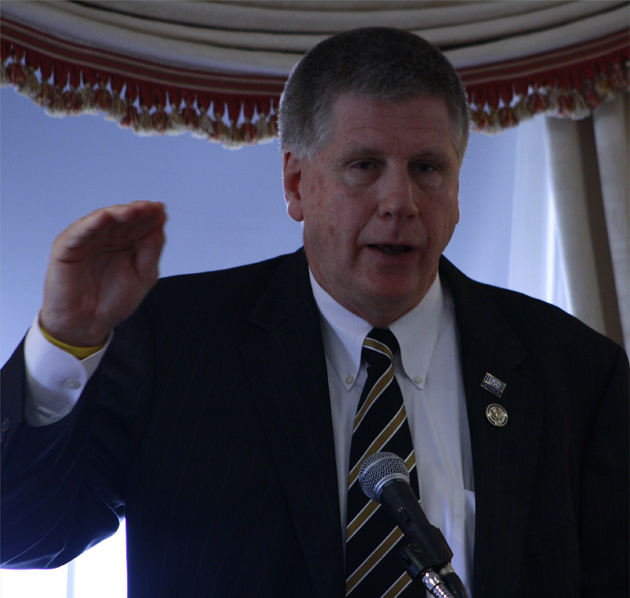 Meadows, who faces Democrat Hayden Rogers in the fall, said that Mitt Romney has shown the ability to turn things around. "We have families that are truly hurting on a daily basis," Meadows said. "Yet the current administration's answer to that is more government.

Rouzer, who faces incumbent Democratic U.S. Rep. Mike McIntyre in November, said that the fall election offers the choice between a path of more spending and more debt or a return to the basic principles of a very limited government.

All three said that the postponement of many of the GOP convention's events from Monday to later in the week as a result of the proximity of Tropical Storm (now Hurricane) Isaac hasn't dampened the spirits of convention-goers.

"It was handled with such flair and organizational strength that truly we didn't miss a beat," Meadows said. "I for one am very happy that we put people over politics."

Hudson said that there were still a lot of activities to attend outside the convention hall. “If I didn’t know better, I wouldn’t have known that the convention had been postponed,” he said.

"Quite honestly, I don't know how they've done it," Rouzer said.

During the conference, Rouzer responded to questions regarding a National Republican Congressional Committee ad that criticized McIntyre for voting against the prescription drug benefit plan in Medicare.

Rouzer said that he didn't have any comment one way or the other on the ad. But he said that seniors have been promised the benefits, they need to be protected in the future.

"I believe the government should live up to its word," Rouzer said.