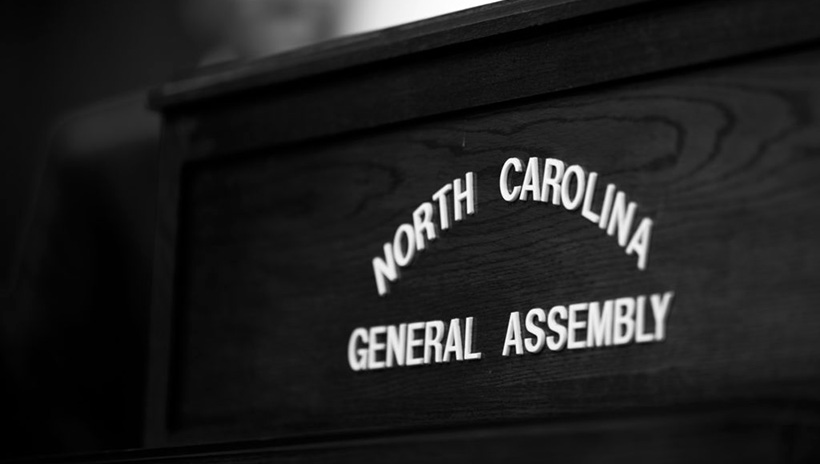 State Rep. Jerry Carter, 66, a Rockingham County minister and chaplain with the State Highway Patrol, died Tuesday morning. In his second term in the North Carolina House, Carter has represented most of Rockingham County, north of Greensboro, since 2019. His passing was announced by the N.C. House principal clerk's office on Monday.

Carter was being treated at Duke University Medical Center in Durham for a rare gastrointestinal disorder, according to the Greensboro News and Record.

"He is the first case here at Duke, and they want to make sure they handle it right,'' Carter's wife wrote on Facebook, according to the News and Record. "Consults are coming in from all over the world.''

First discovered in 1991, only about a dozen cases of the disease have been written about extensively in medical journals, according to the National Institutes of Health. Carter was the founder and for 30 years the senior pastor of Reidsville Baptist Church. Carter was a veteran and chaplain for the Highway Patrol for 12 years.

House Speaker Tim Moore, R-Cleveland, said in a statement Monday: "I am heartbroken and devastated by the sudden loss of my friend and colleague Representative Jerry Carter. Representative Carter was an extraordinary legislator and a devoted husband to his wife, who he loved dearly. He was the chaplain of the NC State Highway Patrol and was a man of deep faith and faithful prayer. He was the founder and pastor of Reidsville Baptist Church, and he was deeply passionate about serving Rockingham County and his constituents back home. We will feel Jerry's loss deeply at the NC General Assembly, and my prayers are with Jerry's family as they grieve this great loss in the days ahead."

"Grieving this morning over the loss of my friend Rep. Jerry Carter. Rep. Carter was a joyful man who loved his wife and family. He loved being in Raleigh on behalf of his hometown. At a loss for words beyond that right now."

During his first run for the legislature in 2018, Carter spoke to the News and Record:

"As a pastor, I have served and worked with people from all walks of life," he said. "I have seen first-hand their struggles with everything from unemployment to drug addiction. I know people and how to work with and for them and I can use these skills in Raleigh."

Carter was born in Eden. Funeral arrangements have not been announced.

The executive committee of the Rockingham County Republican Party will meet to pick a successor to finish Carter's term.
Go Back