The appeal of small Southern towns 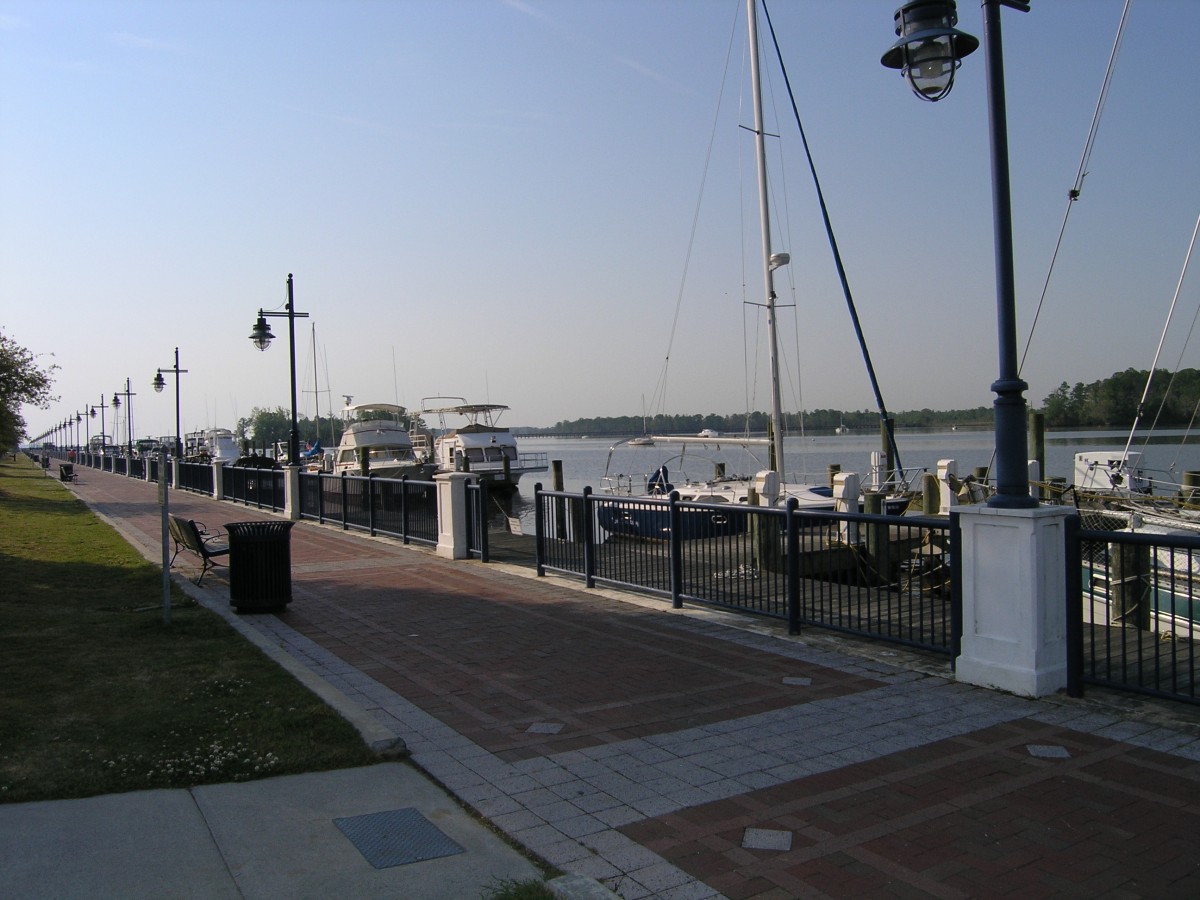 Beth DeCarbo, writing at  The Washington Post, reports on some interesting demographic trends and in the process raises some interesting questions about what Beaufort County and its municipalities have been doing to latch onto these trends.  She reports:

SUNSET, S.C. - Nestled in the foothills of the Blue Ridge Mountains, where pine trees seemingly outnumber people 1,000 to 1, is the hottest little town you've never heard of.

In Sunset, S.C., sales of single-family homes grew 221% between July 2020 and January 2021, compared with the same period a year ago, according to an analysis by Realtor.com.

With roughly 2,500 people, Sunset is one of the many small towns across the South that have seen a strong uptick in home sales fueled by the pandemic. Remote work and online learning prompted professionals and young families to leave the city, joined by retirees seeking refuge in remote areas.

"In this year of major shifts, people are looking for major space," says George Ratiu, a Realtor.com senior economist. "And in the South, lakes are a very attractive destination."

Indeed, many of the fastest-growing small towns in the South are located on or near lakes. Sunset has Lake Keowee; Centre, Ala., has Weiss Lake; Ponchatoula, La., has Lake Pontchartrain and two others; and Lakemont, Ga., has lakes Rabun, Burton and Seed.

Lake homes are growing in popularity because they tend to be less expensive than ocean homes and face fewer threats from severe weather. "It's very likely - and it will become more of a talking point - that climate concerns and weather patterns are playing more into some buyers' preferences," Ratiu explains.
Ron Christian, 63, and Janell Ellis, 48, moved from Kentucky to Sunset last year in part because of the lake and other outdoor activities in upstate South Carolina.

"I play golf pretty much year-round," says Christian, a retired public utility executive. "Hiking, boating, tennis, golf - we spend a lot of time outside, which will hopefully translate into a healthier lifestyle."

For its analysis, Realtor.com looked at home sales from July 2020 to January 2021 - a period that saw a pandemic-fueled buying frenzy. Those sales figures were then compared with transactions over the same period a year earlier. To be included, a town had to have at least one sale per month in the period analyzed.

In addition to an outdoors lifestyle, buyers are also looking at the economics of small Southern towns, which offer more house for the money. And mortgage rates remain "extremely reasonable" - below 3 percent, Ratiu notes. He expects growth to continue. "The South and Southeast have been attracting residents for over a decade as people leave high-tax, expensive parts of the country, as well as colder parts of the country like Ohio and Indiana.

"There's a willingness to move farther away, based in part on expectation that remote work will remain part of the employment landscape."

Here's a sampling of the fastest-growing small towns in the South and what they have to offer.

Sunset has no downtown. A grocery store in Pickens takes a roughly a 20- to 25-minute drive. Venues such as movie theaters and big-box stores are even farther away.

But home buyers during the pandemic have been willing to forgo some conveniences in exchange for world-class golf courses and the emerald green waters of Lake Keowee.

Real estate here is dominated by two luxury, planned communities, which explain the median sales price of $575,000, according to Realtor.com. During the period cited in Realtor.com'slysis, 170 homes were sold in Sunset, compared with 53 over the same period a year earlier.

"We're seeing an influx of people from all over the country," says Cate Thompson, an agent with Justin Winter Sotheby's International Realty. "Even a $2.4 million home has multiple bids and is selling for $100,000 over list [price]."

Last year, Sotheby's helped Christian and Ellis buy a cottage on Lake Keowee as a weekend and vacation property. Shortly afterward, Ellis took a job with a financial-technology company that allowed her to work remotely. So the couple decided to move to Sunset permanently and recently purchased a four-bedroom, four-bathroom home on two acres. They paid just over $2 million for the property and plan to sell the cottage after moving in. They also say they splurged on a pontoon boat.

"In terms of amenities, from a lifestyle perspective, this is better for us personally" than Kentucky, says Christian. "I think one of the most appealing things about this area is you don't have a lot of traffic. But on the other side, it's not a five-minute trip to the grocery store. You have to be a good planner."

Big-city amenities aren't too far away. "If you want the downtown vibe, Greenville, [S.C.], is an hour away. And Atlanta is two hours. You get the best of every world in Sunset with lake life," Thompson says.

Located in the mountains of north Georgia, the tiny town of Lakemont saw home sales grow 175 percent during the peak of the pandemic. The Realtor.com analysis reported there were 55 home sales in Lakemont, compared with 20 sales over the same period the year before. The median home price here is $319,000, according to Realtor.com.

"Some people call it the Lake Tahoe of the South," says Meghann Brackett, an agent with Berkshire Hathaway HomeServices Georgia Properties. Many of the buyers are coming from Atlanta and Florida, she adds. "You have people on these particular lakes who work from home or go in once a week. You're now able to love where you live, able to see a lake and a mountain" from your house.

The lakes in this area are part of a chain created by hydroelectric dams operated by Georgia Power. Old fishing cabins that were built decades ago are now being renovated or torn down to make way for high-end homes. To blend in with surrounding properties, many of the newly constructed homes have humble facades that belie posh interiors. To blend in with surrounding properties, much of the new construction retains the area's low-key mountain architectural style.

"The house on the outside isn't a showpiece, but then you go inside and 'Wow,' " Brackett says.

Last year, Atlanta-based architect Adam Stillman, 43, bought a house that started out as a one-room fishing cottage and was expanded over the decades. Now, it's a two-story house with three bedrooms and three bathrooms, plus a detached garage with a bedroom and bath, and a second-floor guest suite. He and his husband, Chad Peterson, 45, who is corporate counsel for an automotive manufacturer, paid $850,000 for the house, located on the south side of Seed Lake. Like other homeowners on the lakes, they lease the land along the shoreline and the boathouse from Georgia Power in 15-year increments.

The couple plan to spend the summer on the lake, blending work with pleasure. "We have DSL, not fiber-optic [Internet], but it's been enough to stream videos and do what we need to do for work," Stillman says. They installed central air conditioning, mainly to control the humidity, says Stillman. They're still exploring all the area has to offer, but so far the trips are mainly to Clayton, about a half-hour away, to get groceries and visit the hardware store.

Located between Baton Rouge and New Orleans, rural Ponchatoula has attracted buyers who already live nearby in developed areas and want to live in the country, says Manly Cazedessus of Keller Williams Realty Services.

Home sales here have grown 82 percent, with 561 sales during the period cited in the analysis, up from 308 over the same period a year ago.

Ponchatoula is set amid swampland, with rivers to the east and west, so many of the outdoor activities involve hunting and fishing.

"People love to go out onto the lake and fish and go crabbing. You can get an alligator tag and catch them on a line," says Cazedessus, who said he took a video of his son catching a two-foot alligator by the neck and holding it in the air.

Most newcomers like the small-town vibe, Cazedessus says. Every April, pre-pandemic, the town draws thousands of visitors to its annual strawberry festival, complete with strawberry royalty, a parade and berry-eating contest.

"We saw a significant increase [in home sales] immediately after covid-19," Cazedessus says. "There are a lot of people who choose to live here and commute to either New Orleans or Baton Rouge."

The terrain varies widely, which means no front-porch view is alike, she adds. "You may be looking at a property that has a nice sloping lot, while your neighbor may be on one that's going to have 20 to 30 steps to the water," StClair says.

Prices vary significantly, too, ranging from $40,000 for an RV lot to $1 million for a luxury lakefront home. The median list price for a home on the water is $350,000 "and rising," she says, adding it's a "50/50" split between those buying primary homes and secondary homes.

Buyers are largely blue- collar, in their 50s and 60s, and have either invested well or saved for retirement, StClair says. Many come from Atlanta - the Georgia state line is less than 80 miles away - and are drawn to the slower pace of life. Since the coronavirus outbreak, she's noticed an increase in buyers who "want a little space in between them" and their neighbors.

Newcomers are setting off a chain reaction among friends and family. "One family moves and here comes the other family members," she says.