Published: Friday, October 29th, 2021 @ 11:38 am
By: Carolina Journal   ( More Entries )
Publisher's Note: This post appears here courtesy of the Carolina Journal. The author of this post is John Trump. 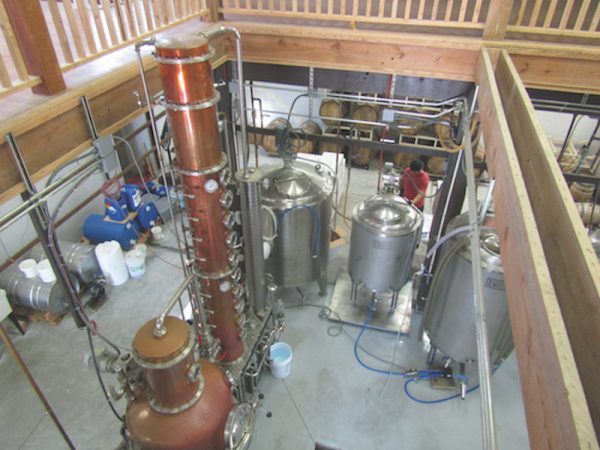 The bill, in large part, aims to level the playing field for distillers, making rules more consistent with those governing breweries and wineries. H.B. 890 was one of nine bills Cooper signed Friday, Sept. 10, along with a pair of vetoes of legislation pushed by Republicans.

Among other things, the bill would allow people to order online and pick products up from state ABC stores, expand the size of growlers from two liters to four, loosen rules for tours in N.C. distilleries, and allow distillers to sell their products at festivals.

As it stands, distilleries can't open if a local ABC isn't open. This new law changes that, allowing distilleries to offer tours, tastings, and cocktails from 7 a.m. to 2 a.m., if they choose to keep those hours. The bill would also establish a spirituous liquor council, basically a distillers' version of the N.C. Wine and Grape Council.

"The passing of H.B. 890 is great news for North Carolina's craft spirits industry," George Smith, who owns Copper Barrel Distillery in North Wilkesboro, told Carolina Journal. "The ability to sell spirits on Sundays and key holidays are likely to foster great growth in tourism across the state and make it easier for distilleries to survive despite the economic challenges they face as a direct result of COVID-related restrictions. At Copper Barrel, this will enable us to attract many more visitors seeking to learn about our state's craft spirits culture - especially on Sundays in our rural community. Furthermore, this is a game-changer that could potentially double our weekend revenue."

Lawmakers such as Rep. Tim Moffitt, R-Henderson, and Sen. Todd Johnson, R-Union, guided the measure, which evolved in committee as lawmakers incorporate several other bills into the omnibus package. Moffitt, who took the baton from former Rep. Chuck McGrady in leading reform of the state's antiquated liquor-control system, is, along with Johnson, pushing through the legislature an amended and reworked House Bill 890.

Cooper has signed a number of bills that make it easier for alcohol-related businesses to profit in North Carolina, despite the restrictions placed on them by the monopolistic state ABC. This includes Senate Bill 290, originally filed as the Distillery Regulatory Reform Bill, which became law July 29, 2019. That law also brought rules governing N.C. craft distillers more in line with those followed by the breweries and wineries.