Top Democrat attorney bails on Supreme Court case 70 minutes before motion to nullify GOP justice | Beaufort County Now | Left-wing activist plaintiffs have filed another motion to block a Republican Supreme Court justice from hearing a high-profile election-related lawsuit. But they lost one of their lawyers along the way.

Published: Sunday, October 31st, 2021 @ 2:08 am
By: Carolina Journal   ( More Entries )
Publisher's Note: This post appears here courtesy of the Carolina Journal. The author of this post is Dallas Woodhouse. 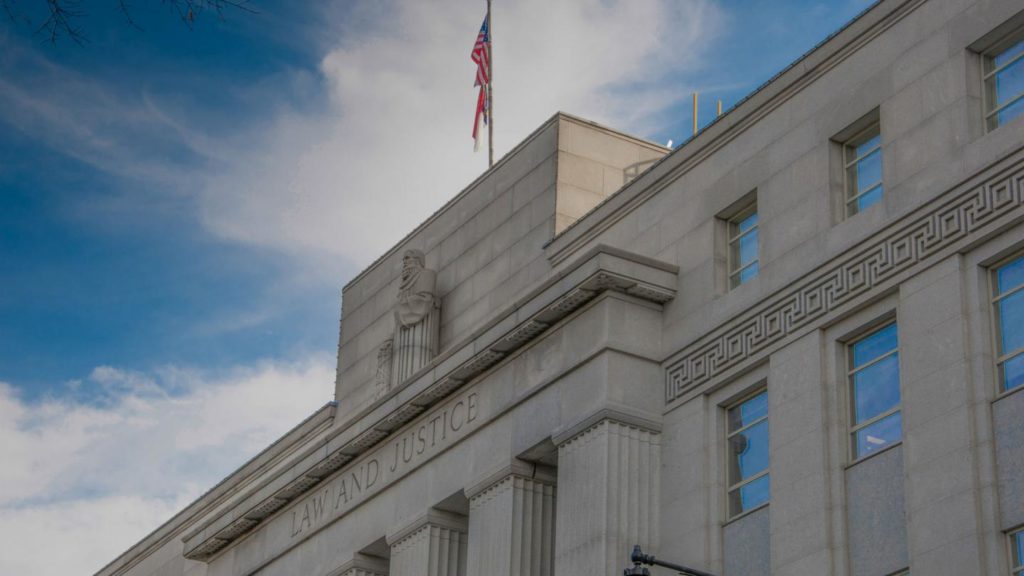 Left-wing activist plaintiffs have filed another motion to block a Republican Supreme Court justice from hearing a high-profile election-related lawsuit. But they lost one of their lawyers along the way.

The lawyer, a Democrat and former state solicitor general, asked the Supreme Court to be removed from the case roughly 70 minutes before the controversial motion, citing "new developments" as the reason.

The case, Community Success Initiative v. Moore, deals with voting rights for felons who have completed active prison time. Plaintiffs want the courts to throw out the state law that dictates when and how those felons can regain voting rights.

The motion for removal was filed by former North Carolina Solicitor General Matt Sawchak at 7:22 p.m. on Labor Day Monday, Sept. 6. At 8:32 p.m., 70 minutes later, another attorney representing plaintiff Forward Justice filed a motion to disqualify Republican Justice Phil Berger Jr. from hearing the case. Democrats hold a 4-3 majority on the state Supreme Court. Berger's disqualification would give Democrats a 4-2 edge when considering the case.

In September 2020, a three-judge panel ruled that felons could register to vote if they had completed all aspects of their sentences except payment of fees or fines. That ruling allowed some felons to vote in November 2020.

An Aug. 23, 2021, ruling from the same panel expanded voting rights to all felons outside the prison system, including those on parole and probation. The N.C. Court of Appeals stayed that ruling on Sept. 3.

As reported by Carolina Journal, the Supreme Court went along with the Appeals Court's stay. But the high court said the stay will be "implemented prospectively only, meaning that any person who registered to vote at a time when it was legal for that person to register under then-valid court orders as they were interpreted at the time, shall remain legally registered voters," according to the court's one-page order.

On Sept. 3, after the Appeals Court ruling, Sawchak filed motions with the Supreme Court related to the stay in the felon voting case. This represented the first appearance in the litigation for Sawchak and his firm, Robinson, Bradshaw and Hinson. Sawchak filed another motion on Sept. 5 before asking to drop out of the case the following day.

"Moving counsel have just become aware of new developments that preclude them from participating further in this appeal," Sawchak wrote in his Sept. 6 motion. "They therefore request that the Court allow them to withdraw from representing the plaintiffs further."

The plaintiffs moved for "prompt disqualification" of Supreme Court Justice Phil Berger Jr. because his father is a named defendant in the suit. The argument is almost verbatim from the motion made in NAACP vs. Moore, the case attempting to overturn the expressed wishes of N.C. voters to insert a photo ID requirement into the state Constitution as well as lower the maximum income tax rate allowed. The two amendments were approved by voters in 2018.

"The suggestion that a duly elected State Supreme Court justice should be forced off a case concerning a law passed decades before his father ever entered the General Assembly is pretty outlandish, and it's easy to see why a respected lawyer might not want to be associated with such an argument," said Jon Guze, senior fellow in legal studies for the John Locke Foundation. "While not unheard of, such a request is unusual, and I'd be very interested to know what 'new developments' preclude his continuing participation."

As noted by Carolina Journal, legislative leaders fired Attorney General Josh Stein in this case for refusing to file a timely appeal.

The delayed appeal resulted in some felons being able to register to vote during an 11-day window between the original court ruling and a stay from the N.C. Court of Appeals. This delay helped the NAACP achieve its goal in part.

The General Assembly's new private counsel offered a blistering response, pointing out that Sen. Berger is required by law to be listed on the suit because of his role as a legislative leader. However, the suit is against the State of North Carolina, not Berger personally.

"Since the President Pro Tempore is a necessary party to cases challenging a statute's or constitutional provision's validity, Justice Berger would be forced to recuse from all such cases while Senator Berger remains in that role, potentially leaving the Court equally divided for some of its most important decisions. The voters who elected Justice Berger in 2020, nearly ten years after Senator Berger became President Pro Tempore, surely neither expected nor intended for that to happen. This result would be untenable for the Court."

Carolina Journal was first to expose an exploding controversy surrounding the four Democrats on the State Supreme Court and their willingness to exclude Republican justices from a critical case for partisan political reasons.

Since the CJ report, news outlets, commentators, and public policy organizations across the nation have highlighted the brazen and extraordinary partisan effort underway at North Carolina's highest court. Coverage of the controversy includes Real Clear Politics, Americans for Tax Reform, and Instapundit.

Before joining Robinson Bradshaw, Sawchak served as solicitor general of North Carolina from 2017 to 2020.

The solicitor general oversees the N.C. Department of Justice's civil appeals. He directly handles many of the department's most complex and significant cases.

Stein appointed Sawchak to the position shortly after taking office in 2017.

"Matt has been a huge asset to the Department of Justice and the State of North Carolina," said Stein when Sawchak left the state job in 2020. "From working to protect ratepayers from bearing the full cost of Duke Energy's coal ash clean-up to ensuring fair and accurate ballot language for proposed constitutional amendments on behalf of the State Board of Elections, Matt has been on the forefront of some of our most impactful cases."

Sawchak is a registered Democrat. Since 2000 he has voted in 15 Democratic primaries. If he had stayed on the case, he would have been on the opposite side of his former employer. As noted by Carolina Journal, the attorney general's office has defended the rights of Berger and fellow Republican Justice Tamera Barringer to participate in cases.

However, that does not appear to be an issue. It would have been known before Sawchak agreed to work on the case.

Sawchak has not returned calls and emails from CJ seeking information about his decision to withdraw from the case.
Go Back