Published: Friday, November 5th, 2021 @ 11:14 am
By: Carolina Journal   ( More Entries )
Publisher's Note: This post appears here courtesy of the Carolina Journal. The author of this post is Dallas Woodhouse. 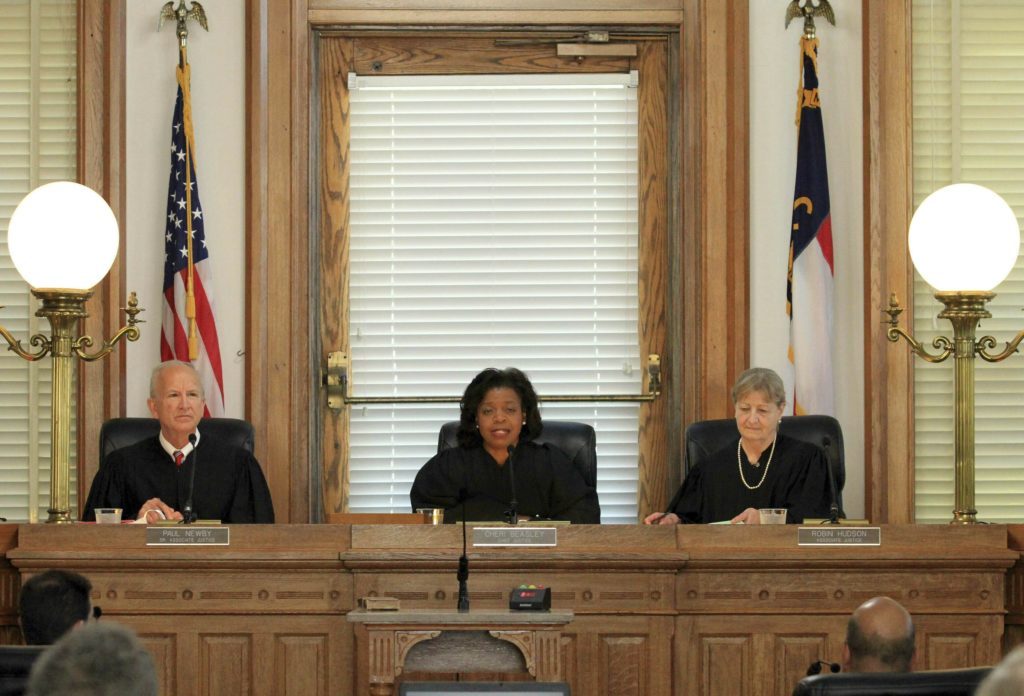 Former State Supreme Court Chief Justice Cheri Beasley, a Democrat currently running for U.S. Senate, came under fire this month in the N.C. Court of Appeals. An appellate judge criticized a criminal defendant for pointing to Beasley's comments about unfair treatment of minorities as a reason for throwing out a conviction on drug charges.

In a concurring opinion in the case of State v. Johnson, Judge Jefferson Griffin wrote:

"Defendant's brief implies that U.S. citizens are treated differently under our laws based on the color of their skin. I reject this argument. The law is color blind and applies equally to every citizen in the United States of America. This argument in Defendant's brief is inflammatory and unnecessary."

"It is hard to blame Defendant for raising this argument," Griffin added. "The brief quoted North Carolina Chief Justice Beasley, who also implied in a speech on 2 June 2020 that our justice system does not treat people equally in the courtroom based on the color of their skin."

"This statement from the former Chief Justice has motivated Defendant in this case to assert that '[o]ur Constitution gives this Court the legal authority to carry out our Chief Justice's pledge.' Defendant's statement highlights the problem with the judiciary becoming involved in public policy."

Carolina Journal wrote about how dangerous Beasley's comments could be when she made them in June 2020.

Speaking as chief justice, after an appointment from Gov. Roy Cooper, Beasley said that racism and prejudice "stubbornly persist" in the state and that blacks continue to see unequal treatment through the judicial system.

"Too many people believe that there are two kinds of justice. They believe it because that is their lived experience - they have seen and felt the difference in their own lives. The data also overwhelmingly bears out the truth of those lived experiences. In our courts, African Americans are more harshly treated, more severely punished, and more likely to be presumed guilty."

"I was elected to represent the people of my district. ALL people. That means black, white, rich, poor, Democrat or Republican. While I know I have made plenty of mistakes as the elected DA, I can unequivocally state that I have never exercised prosecutorial discretion based on any of those. Ever."

"Coming from the head of the judicial branch of North Carolina's government, it tells citizens that you cannot trust the justice system to be fair," Miller wrote. "The system is either explicitly or implicitly biased. We know that we fight daily for the victims of crime. All victims."

We noted at the time: From this point forward, it would be legal malpractice for an attorney not to cite the chief justice's remarks in motions where minorities may be a party.

State v. Johnson involved a search by an Iredell County sheriff's lieutenant who found cocaine on a man he stopped for allegedly failing to wear his seat belt. All three Appeals Court judges hearing the case agreed that the search was unlawful.

Griffin went out of his way to write a concurring opinion. Most of that opinion focused on Beasley's remarks.

"The speech by the former Chief Justice states our justice system does not treat people equally based on the color of their skin," Griffin wrote. "It also encourages and charges the courts to become an active body by involving our judicial branch in policy decisions. The judiciary should at all times practice judicial restraint. Here, this Court reaches the correct legal outcome regardless of the color of Defendant. We are fortunate to live in the United States of America where the law is applied the same to all citizens."
Go Back