Cancel culture at UNCW drives leadership out | Beaufort County Now | Describing a culture of silencing conservative voices at UNCW, one trustee was driven to quit last week with an openly critical post of Seahawk nation on Facebook. Former UNCW Board of Trustees member Woody White revealed what he sees as a troubling trend in treatment of conservative faculty and stu

Published: Friday, November 5th, 2021 @ 7:59 am
By: Carolina Journal   ( More Entries )
Publisher's Note: This post appears here courtesy of the Carolina Journal. The author of this post is Donna King. 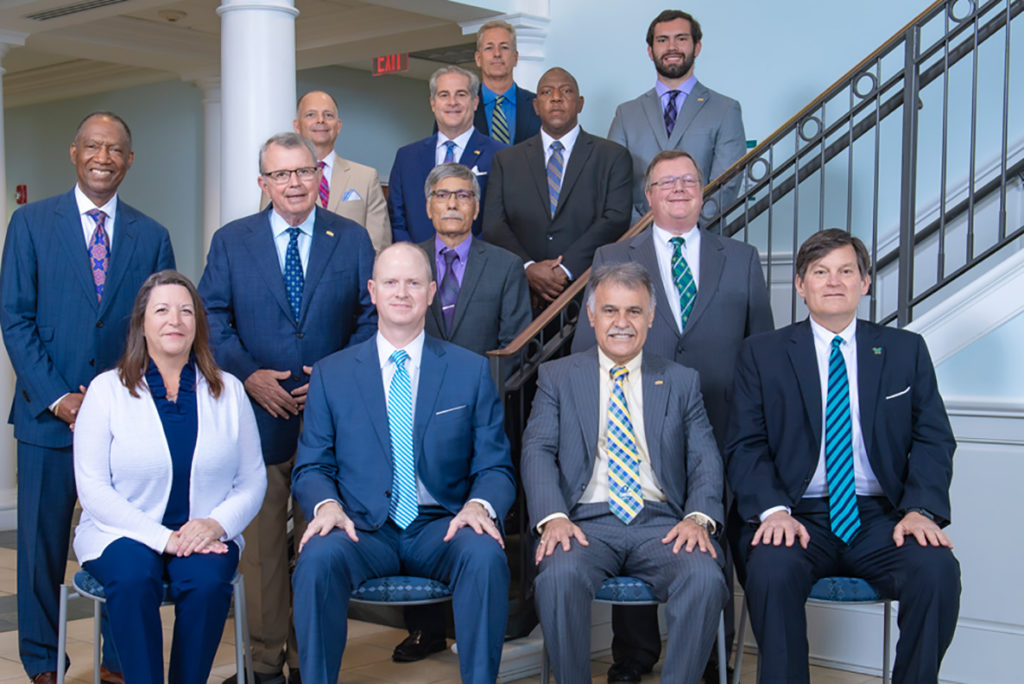 Describing a culture of silencing conservative voices at UNCW, one trustee was driven to quit last week with an openly critical post of Seahawk nation on Facebook. Former UNCW Board of Trustees member Woody White revealed what he sees as a troubling trend in treatment of conservative faculty and students.

"Like too many other American universities, it punishes conservative voices, by looking the other way, by perpetrating the double standard. By knowing that thousands of students engage in self- censorship, but doing nothing about it," White wrote.

Those associated with the university have said that his retirement was already planned, but criticism of the university leadership has come in the wake of conservative Professor Mike Adams' suicide last year, and later the online calls for violence against Republicans from a professor who was allowed to retain his position on the faculty.

Adams, a sociology professor and vocal conservative, was forced to resign in 2020 after he openly criticized Gov. Roy Cooper for closing businesses and schools during the COVID-19 pandemic.

"This evening I ate pizza and drank beer with six guys at a six-seat table top. I almost felt like a free man who was not living in the slave state of North Carolina. Massa Cooper, let my people go," Adams tweeted in May 2020.

It certainly wasn't the first time Adams had criticized the failings of elected officials, the university, or his liberal students and colleagues.

Adams was an outspoken conservative Christian and a firebrand in academia, known for strong positions promoting the pro-life movement and calling Black Lives Matter protesters "thugs." He was vocally anti-lockdown, urging people to defy Cooper's orders.

Over the years he also criticized the Women's Studies major, LGBTQ office activities on campus, and Muslim students, drawing heat from faculty and students who even created the "I Hate Mike Adams Day" petition, which Adams signed himself.

When he was denied a promotion, Adams sued the school in 2014, saying UNCW was violating his First Amendment rights. He won a $700,000 settlement from the university that included a promotion to full professor.

However, following his tweet criticizing Cooper, Adams agreed to retire early, but took his own life a week before his August 2020 retirement date.

Several months before Adams' suicide, UNCW associate professor Dan Johnson posted on his Facebook page, "Blow up Republicans." He posted his message in May 17, but it was reported by the news site Campus Reform and later taken down. Despite Johnson's call for violence against others, Sartarelli censured him with a letter and allowed him to remain in his position on the faculty.

"Putting away any personal political preference aside, I think this matter should be addressed and dealt in the same manner that it would be if the word 'Republican' was replaced with any other word. If the post stated 'Blow up women,' 'Blow up homosexuals,' 'Blow up Catholics,' etc.," Davis said.

When Sartarelli decided to censure Johnson with a letter, White did not call to fire Johnson, but did express his frustration in an email to the university's entire Board of Trustees.

"The problem at UNCW, and at nearly every other university across the nation, is the double standard," White wrote. "Free speech is tolerated - even celebrated - when it condemns conservative thought and speech. When it goes the other way, conservatives are shamed, canceled, and bullied. Just last year, our chancellor was censored by the faculty and student body for what he said at a town hall. And he did not suggest that anyone should be blown up."

White is referring to December 2020, when Sartarelli was himself censured by the UNCW faculty for what they described as "a lack of leadership on the matter of Diversity and Inclusion" and that he "initially refused to support a global social movement supporting the liberty and human rights of Black people."

White, a Wilmington-area attorney and former New Hannover County commissioner and state senator, still had two years left on his appointment to the UNCW Board of Trustees. Now, House Speaker Tim Moore will begin the search for a new trustee after having appointed White twice. The UNC Board of Governors will launch a nationwide search for a new chancellor of UNCW.

"Announcing now will give the UNCW Board of Trustees, President Hans, and the UNC System Board of Governors approximately nine months to conduct a national search for the next Chancellor," according to the news release from the university.

UNCW celebrates its 75th anniversary in fall 2022. White and Sartarelli have been instrumental in the school's growth, and both expressed a love for the school. Sartarelli led the school through a time of growth in donations, enrollment, and educational programs, earning national recognition.

"The success that our students, faculty, staff, and alumni have achieved in recent years has been nothing short of outstanding," Sartarelli said in a statement from the school. "I am immensely proud to have served UNCW during such a pivotal time in history, and I want to thank the Seahawk community for making this great university so special."

White said he is not throwing in the towel on the school just yet, but regrets the campus trend he's seen in recent years.

"Despite his successes in enrollment growth and student housing, his neglect of the real issues that matter in the long run is Sartarelli's true legacy," he wrote.
Go Back