Published: Sunday, November 14th, 2021 @ 7:08 am
By: Carolina Journal   ( More Entries )
Publisher's Note: This post appears here courtesy of the Carolina Journal. The author of this post is Theresa Opeka. 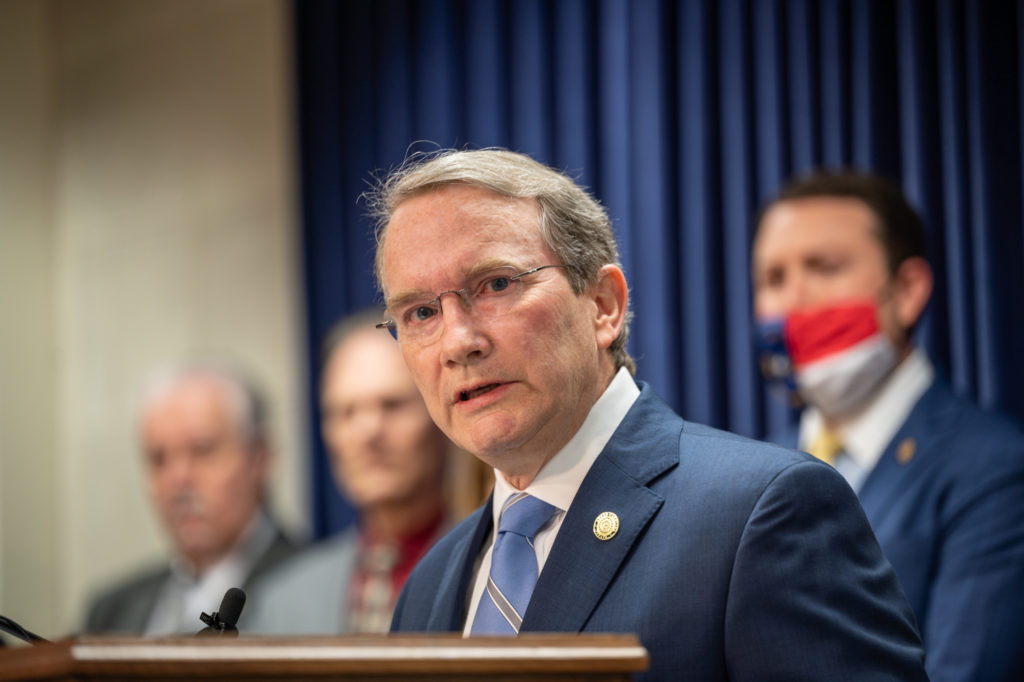 The law aims to reduce carbon emissions, but increases in rate may come, too.

Gov. Roy Cooper has signed into law House Bill 951, which will change how power companies, namely, Duke Energy, produce energy and how they can charge customers. The bill, known as "Energy Solutions for North Carolina," was introduced in June and has gotten bipartisan support.

"I am grateful for the hard work that was done by both chambers of the General Assembly and the Governor's Office to reach a reasonable compromise on good energy policy for all North Carolinians," said Sen. Paul Newton, R-Union, in comments emailed to Carolina Journal.

"The signing of H.B. 951 into law [Wednesday, Oct. 13] is a tremendous step forward to ensure reliable energy generation with fiscal responsibility as we navigate the future for energy solutions in our state. The governor affirmed our policy framework of reliability and least cost at today's bill signing, and I believe H.B. 951 will provide for a diverse and reliable energy generation mix for North Carolina."

The new law sets goals of reducing utility companies' carbon emissions or greenhouse gases 70% by 2030 and be completely carbon neutral by 2050. It also asks the utility commission come up with a carbon plan every two years for public utilities, including recommendations for transitions to renewable energy from a combination of natural gas, solar, wind, and/or batteries.

The first version of the carbon plan will be due by the end of 2022. Utility companies will be allowed to have a three-year cycle on rates, and be able to request a rate increase of up to 4% in the second and third years of the cycle. Rates are currently set every year. Duke could save millions of dollars in regulatory, administrative, and legal fees for rate cases.

The original bill stemmed from the Cooper administration's Clean Energy Plan, which calls for the reduction of carbon emissions. Duke also submitted its Integrated Resource Plans that included ways to get to hit clean energy plan targets.

The John Locke Foundation's Energy Crossroads report called Cooper's plan "expensive, wasteful, and a risky means of achieving the state's emissions goal, as demonstrated by Duke Energy's cost estimates and by future grid scenario modeling from the Center of the American Experiment."

According to the report, Duke would require more than $100 billion in present-value revenue to realize the demands of the Clean Energy Plan. Duke's plan to incorporate the targets, called Portfolio D, would increase electric bills for North Carolina households by more than $400 each year. North Carolina's industrial electricity customers would face increases of close to $50,000 each year in the scenario.

Achieving the Clean Energy Plan's 2030 emissions goal with Portfolio D would come at a cost of over $110 per metric ton of reduced carbon dioxide. The report found that an alternative scenario expanding natural gas's role on the grid would reduce emissions by more than 60% by 2030 at a cost of just $2.86 per metric ton. Also, a scenario expanding nuclear energy's role on the grid using U.S. Energy Information Administration cost assumptions would reduce emissions 70%, achieving the Clean Energy Plan target at $79.23 per metric ton, a rate close to 30% more affordable than Duke Energy's Portfolio D.

Some legislators have raised concerns that over-earnings for Duke will go to shareholders and that low-income people will be hurt by the possible increase in rates.

"Our electricity bills were already slated for big increases because the Cooper administration agreed to put ratepayers on the hook for nearly 90% of the estimated $9 billion in coal-ash cleanup costs," said Jon Sanders, research editor and senior fellow, Regulatory Studies, for the John Locke Foundation.

"Now he has signed a bill that will put poor families, small businesses, on up to large industrial customers on a path to much more expensive electricity generation. Where the bill could help electricity consumers is that it leaves the door open for new nuclear facilities. Nuclear is the most efficient electricity source, as well as being a zero-emissions source."

The new law also calls for making sure any fuel-generation changes at least maintain if not improve the adequacy and reliability of the existing grid.

"If that aspect is followed to the strict letter along with strictly pursuing the least-cost path to compliance with the emissions reductions, then it would have to result in more nuclear and natural gas rather than bogging the grid down with too much inefficient and unreliable solar and wind generation," said Sanders.
Go Back