Published: Friday, November 12th, 2021 @ 11:35 am
By: Carolina Journal   ( More Entries )
Publisher's Note: This post appears here courtesy of the Carolina Journal. The author of this post is David Bass. 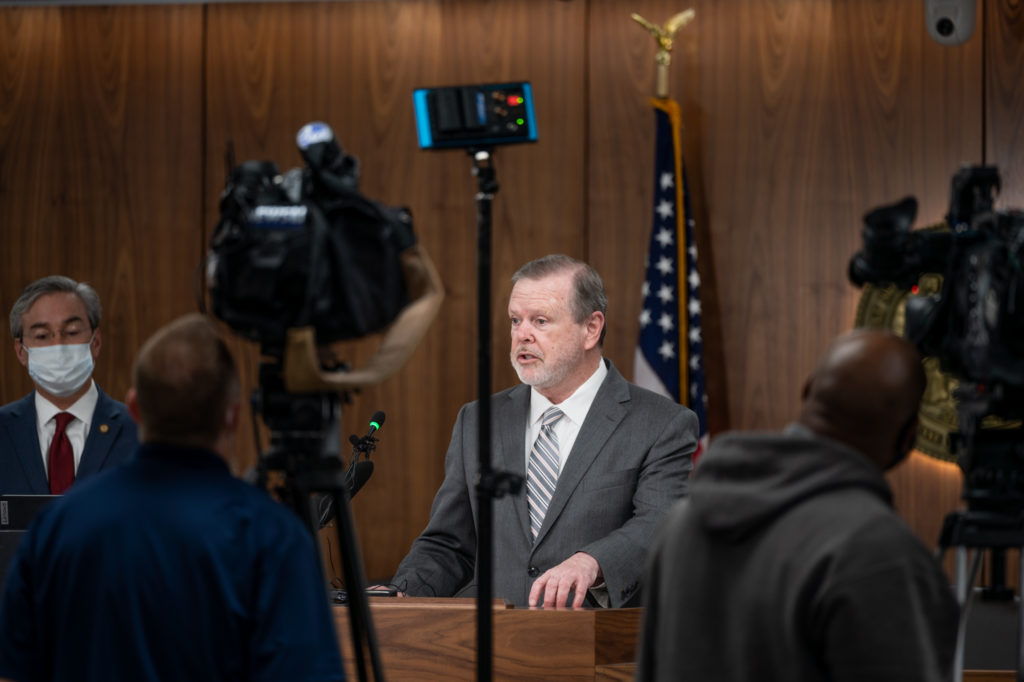 The N.C. Task Force for Safer Schools is finalizing a statement chiding parents for strongly voicing their views and at times disrupting recent school board meetings.

The disruptions have come from parents - across the state and nation - concerned about school policies on everything from COVID-19 vaccination and masking to controversial instruction on race and gender issues.

At an Oct. 12 meeting, task force chair William Lassiter said "threatening" and "bullying" behavior was occurring at local school board meetings. "These are controversial topics, obviously, but they are topics that we as a community can come together and come up with the best guidance for our children if we do that in a productive and civil manner," he said.

"It's my belief that the parents and advocates and community members that are at the school board meetings, they're often displaying the behavior that would be deemed as inappropriate [and] are probably likely also teaching that behavior to their children," said Rachel Johnson, another task force member.

A current draft of the task force's statement reads: "Adults must demonstrate the behaviors we want our children, such as being positive and solutions-focused and avoiding name-calling and derogatory and defamatory language, to display when there are disagreements. While we shouldn't expect everyone to always agree on policy, we should expect everyone to understand we are all interested in the same outcome - a quality education provided in a safe and caring environment that prepares children for life's challenges and the skills they need to excel in the global economy."

Left-wing advocates have painted parent protesters with a broad brush, including accusations of domestic terrorism, as right-wing observers say most parents remain peaceful in exercising their First Amendment Rights.

"State education entities such as the N.C. Task Force for Safer Schools are addressing the symptoms and not the disease," said Dr. Terry Stoops, director of the Center for Effective Education at the John Locke Foundation. "Both state and local education leaders should consider the underlying reasons for parental discontent and pledge to assess their legitimate concerns."

According to Lassiter, the decision for the task force to release a statement was prompted by a letter from the N.C. School Boards Association to Gov. Roy Cooper and lawmakers in the General Assembly asking for help to stem the tide of parent objections at school board meetings. Nationally, U.S. Attorney General Merrick Garland issued a controversial memo, threatening FBI investigations into parents who disrupt school board meetings or threaten school board members and school staff.

"Regrettably, the Biden administration politicized and sensationalized an issue that is easily addressed by state and local officials," said Stoops.

Republican lawmakers have been quick to denounce the recent push to silence parents. In an Oct. 7 letter, North Carolina U.S. Reps. David Rouzer, Madison Cawthorn, and Ted Budd signed on to a letter condemning Garland's involvement of the federal government.

"Threats of violence are completely unacceptable; however, this is nothing more than a scare tactic to silence parents who are pushing back against unnecessary mandates and an agenda they disagree with being forced down their children's throats," the letter states. "School boards are elected bodies and it's their duty to be responsive and fairly represent the parents and students in their district."

N.C. Senate Leader Phil Berger, R-Rockingham, posted a statement on Facebook in early October saying the double standard between Democrats' current campaign to shutter parental voices and their silence on racial riots over the summer of 2020 that left major cities across the country in flames.

"When rioters set fire to buildings, looted stores, and laid siege to a federal courthouse last summer, we were told over and over that the 'mostly peaceful protests' were a necessary racial reckoning and actually good for public health," Berger wrote. "When parents show up at school board meetings in actual, real peaceful protests over concerns about policies impacting their own children, the media and the teachers' unions demand the FBI start investigating."

"Of course, there are a few people who take things too far," Berger added. "There always are, and those people should face consequences. But the double standard here - defending rioters destroying entire city blocks as 'mostly peaceful' while branding moms upset about school curriculum as some sort of national threat - is astonishing and frightening."
Go Back