Federal Judge Weighs Decision In Texas Abortion Lawsuit Case | Beaufort County Now | A federal judge heard arguments from both sides of a federal lawsuit over Texas’s new pro-life law on Friday and will now make a decision on the case.

Published: Sunday, October 31st, 2021 @ 9:58 am
By: Daily Wire   ( More Entries )
Publisher's Note: This post appears here courtesy of the The Daily Wire. The author of this post is Charlotte Pence Bond. 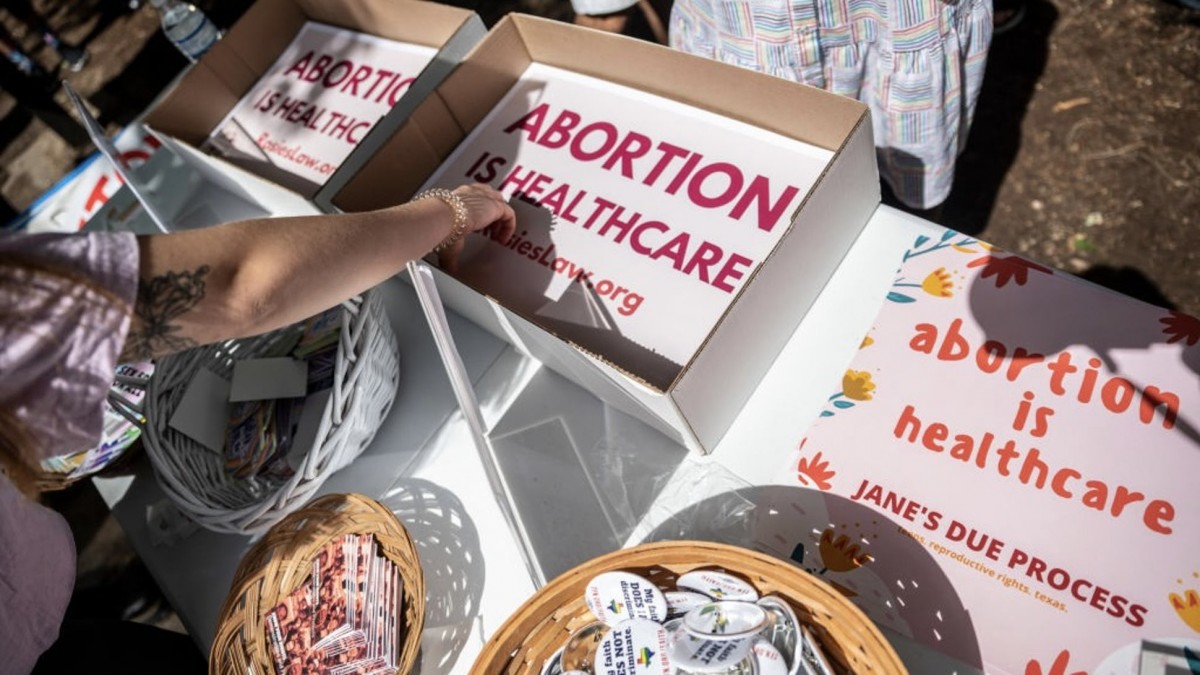 A federal judge heard arguments from both sides of a federal lawsuit over Texas's new pro-life law on Friday and will now make a decision on the case.

As reported by The Daily Wire, the Biden administration's Justice Department sued the state of Texas over the new law.

Texas's Heartbeat Act effectively outlaws abortion after the sixth week of pregnancy, when fetal cardiac activity can be detected. As The Daily Wire previously reported, "The Texas law allows citizens to sue abortion providers and those who 'aid and abet' illegal procedures for a financial reward if the lawsuit is successful."

As reported by NPR, "Department attorneys and lawyers for the state of Texas made their cases on Friday at a virtual hearing before Judge Robert Pitman of the U.S. District Court for the Western District of Texas."

At the hearing, which lasted three hours, both sides gave their arguments.

"The state resorted to an unprecedented scheme of vigilante justice that was designed to scare abortion providers," argued Brian Netter, a lawyer for the Justice Department. "So far, it's working. Women have been left desperate, forced under sometimes harrowing circumstances to get out of Texas, if they even can."

"A state may not ban abortions at six weeks. Texas knew this, but it wanted a six-week ban anyway, so the state resorted to an unprecedented scheme of vigilante justice that was designed to scare abortion providers and others who might help women exercise their constitutional rights," Brian Netter also said to the court.

According to previous reporting by The New York Times:

The Texas law bars state officials from actually enforcing it, a design intended to make it difficult to challenge in the courts.

Usually a lawsuit aiming to block such a law as unconstitutional names state officials as defendants. Instead, the Texas law deputizes private citizens to sue anyone who performs an abortion or "aids and abets" a procedure. Plaintiffs who have no connection to the patient or the clinic may sue and recover legal fees, as well as $10,000 if they win.

Texas lawyer Will Thompson said at the hearing, "I don't think the state went to particularly unusual lengths," as he pressed the judge to dismiss the federal government's legal action.

Thompson also said, "I'm sorry to see that the federal government's pattern of hyperbole and inflammatory rhetoric has continued."

He also said, "This is not some kind of vigilante scheme," adding, "This is a scheme that uses the normal, lawful process of justice in Texas."

To the Justice Department, the judge asked about any possible limits to the broad authority the federal government is claiming to sue the state. To Texas, Pitman wondered, "If the state's so confident" about the constitutionality of the limits on women's access to abortion, "why did it go to such great lengths" to fashion a private right to sue?

The judge extended thanks to both parties and said he would consider the matters but did not offer a timeline for when he would make a decision.

"We will get to work on the appropriate order in this case," Pitman said. "Have a great rest of the day and weekend."

Even if Pitman decides to issue an injunction after the hearing Friday, it may not provide the legal protection physicians are seeking to once again perform abortions in Texas.

If an injunction is later dissolved on appeal, lawsuits can still be brought retroactively, up to four years after the abortion at issue has been performed.

The Biden administration got involved in blocking the Texas law, announcing earlier this month that it was taking legal action against the state.

"It is settled constitutional law that 'a State may not prohibit any woman from making the ultimate decision to terminate her pregnancy before viability,'" U.S. attorneys reportedly said in the lawsuit. "But Texas has done just that."

The lawsuit added that the federal government was bringing the suit "to protect other federal interests that S.B. 8 unconstitutionally impairs."

It argued that the law "conflicts with federal law by purporting to prohibit federal agencies from carrying out their responsibilities under federal law related to abortion services."

"Because S.B. 8 does not contain an exception for cases of rape or incest, its terms purport to prohibit the federal government and its employees and agents from performing, funding, reimbursing, or facilitating abortions in such cases," it added.

The Texas filing reportedly said, "If the Department of Justice wants to expand its authority, it should direct its requests to Congress, not this Court."

The Supreme Court previously chose not to stay the new law, allowing it to take effect. The reason for the high court's ruling was due to the law's enforcement strategy.