Dog The Bounty Hunter Comments On Taunting Sky Message To Brian Laundrie | Beaufort County Now | Duane “Dog” Chapman, better known as “Dog the Bounty Hunter,” has made headlines in recent weeks for making it his mission to find fugitive Brian Laundrie, the 23-year-old named a “person of interest” in the homicide of his fiancée Gabby Petito, 22.

Published: Sunday, October 31st, 2021 @ 10:42 am
By: Daily Wire   ( More Entries )
Publisher's Note: This post appears here courtesy of the The Daily Wire. The author of this post is Amanda Prestigiacomo. 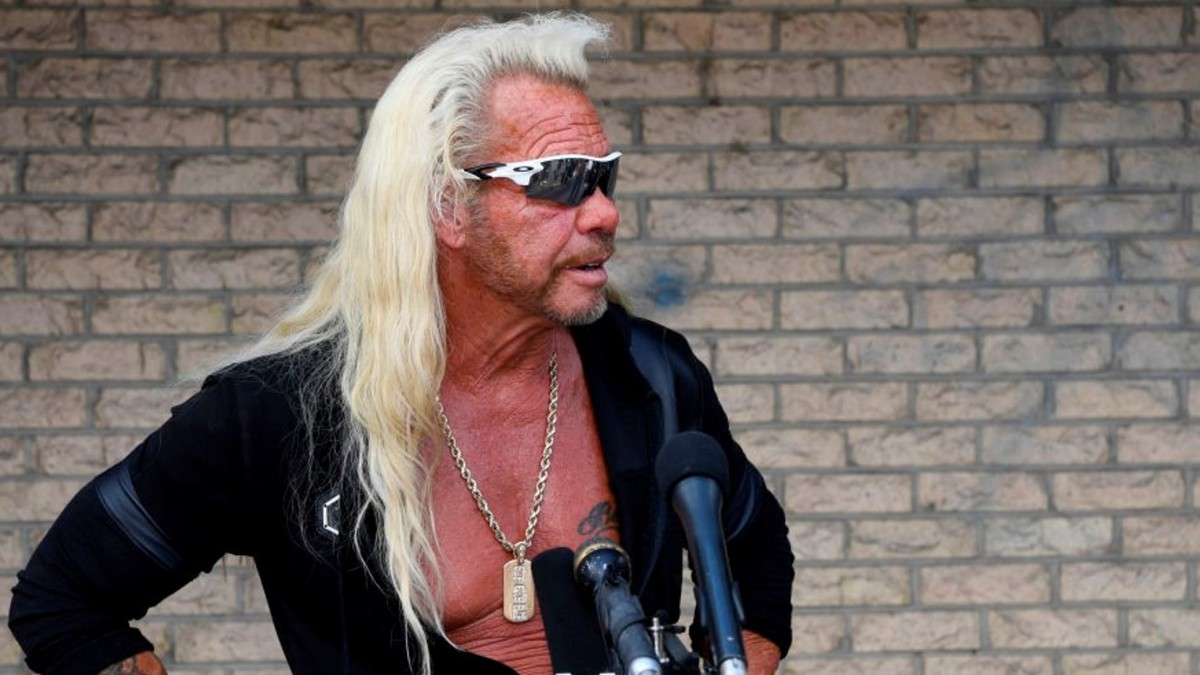 Duane "Dog" Chapman, better known as "Dog the Bounty Hunter," has made headlines in recent weeks for making it his mission to find fugitive Brian Laundrie, the 23-year-old named a "person of interest" in the homicide of his fiancée Gabby Petito, 22.

Chapman is searching for Laundrie off of tips from the public, and some of his tracking so far has been confirmed by county documents, as noted by The Daily Wire.

But according to Chapman, it wasn't him who financed the message.

"Frankly, I wish I had thought of that, but it wasn't our team," he quoted himself on social media, captioning an image of the sky message. "I'd love to shake the hand of whoever is behind the banner, I'll tell you that."

Laundrie went missing earlier this month as the search for Petito intensified. The Laundrie family home was raided by the FBI and reportedly declared a "crime scene." An arrest warrant was issued for Laundrie on September 23.

Chapman on Wednesday apparently snagged a "fresh bite" on the chase, Fox News reported, finding a "fresh campsite" with a can of Monster Energy Ultra Gold in a Florida park:

Chapman discovered a campsite and fresh Monster can deep in the woods while searching Shell Island off the coast of Florida for Brian Laundrie Wednesday.

The Monster can showed no rust or faded colors, according to a Fox News Digital reporter on the scene with Chapman.

But Chapman and his team found no conclusive evidence that Laundrie was still on Egmont Key.

On Thursday, new material in the case was uncovered. CNN obtained never-before-seen body camera footage related to a domestic dispute between Petito and Laundrie on August 12.

The new footage shows a Moab city police officer asking Petito to "be honest" and reveal if Laundrie had physically struck her. Fox News reported on the interaction:

"Did he hit you though?" the officer asks.

"I guess," she replies - although she still appeared to downplay the incident to the second officer and try and assume blame herself.

"I guess, yea," Petito continued, with tears in her eyes. "But I hit him first."

"Where did he hit you?" the officer replied. "Don't worry, just be honest."

She then backtracked and said he grabbed her "with his nail" and claimed to have been the aggressor herself.

"Did he slap your face, or what?" the officer asked.

"Well he like, grabbed me with his nail, and I guess that's why it looks, I definitely have a cut right here," she said, rubbing her cheek. "I can feel it, when I touch it it burns."