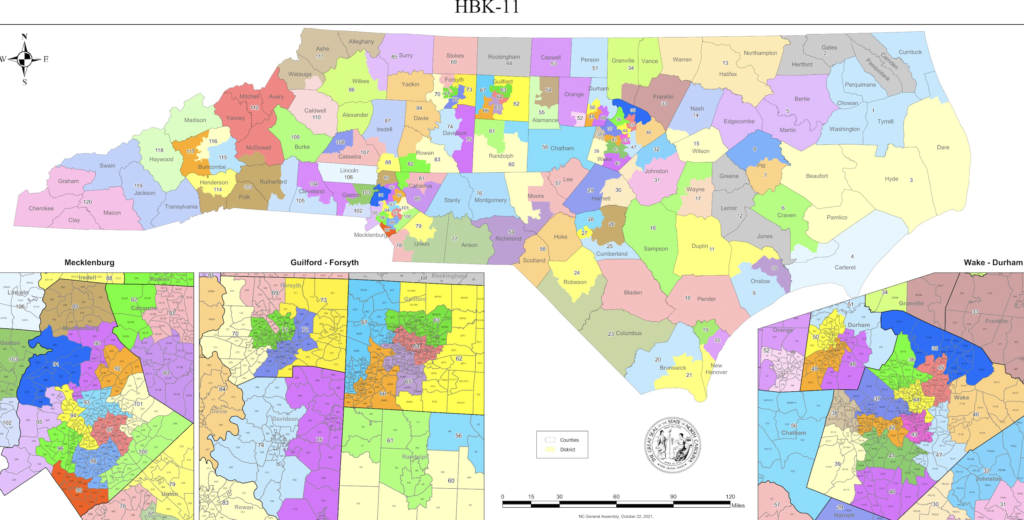 The N.C. House Redistricting Committee submitted its proposed state district maps Friday, Oct. 22, after two months of public hearings and open meetings. They can be viewed on the legislative website along with the state Senate's five draft maps for congressional districts, with one proposed map drawn of their own districts.

The much-anticipated district map for the House was tweeted out by Rep. Destin Hall, R-Caldwell, on Friday afternoon. Hall, who chairs the House Redistricting Committee, labeled it "the chair's" proposed map.

Starting on Monday, Oct. 25, public hearings will begin at different locations across the state and are available to watch online. Legislators are focused on making the redistricting process as public as possible because they would like to complete the maps by Nov. 5 for the congressional districts and the General Assembly ahead of the candidate filing period starting Dec. 6.

Adding to the challenge, North Carolina is getting a 14th seat in the U.S. House of Representatives due to population growth over the past decade. According to Dr. Andy Jackson, director of the Civitas Center for Public Integrity at the John Locke Foundation, mapmakers face dilemmas regarding the redistricting process.

Those dilemmas include Cumberland and Moore counties, which includes the Fayetteville area. He also talks about Asheville, in Buncombe County, and how the population will either be "packed," or consolidated into a small number of districts, or "cracked," meaning split over several districts.

"Even if you had only neutral criteria being the only thing that's guiding redistricting, you are going to have these dilemmas come up only because you cannot successfully accomplish everything that the legislature is setting out to do," said Jackson.

The redistricting process has been transparent in the past two weeks, with legislators working in an open committee room in which the public could attend, or they could view the process online. Maps had been drawn up with consultants behind closed doors until 2019, when a three-judge panel ruled that existing maps used as recently as 2018 were unconstitutional. The judges ordered a transparent map-drawing process for districts used in the 2020 elections.

Lawmakers decided to retain most elements of that court-ordered process for this year's redistricting.

The state has a long history of gerrymandering, with Republicans and Democrats drawing maps in favor of their party when they oversaw the General Assembly.