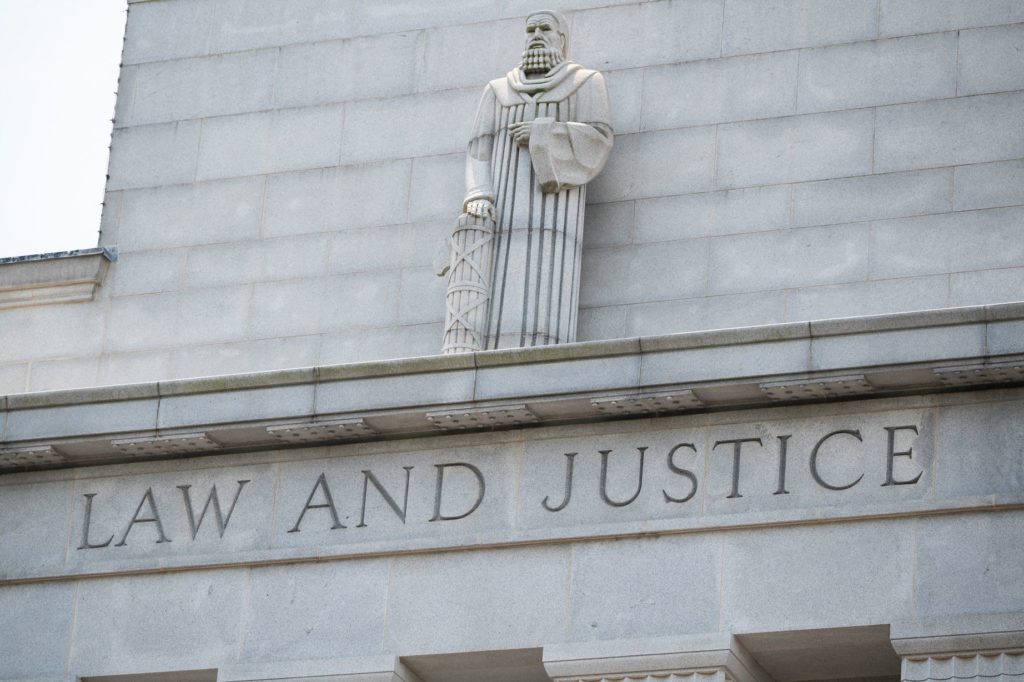 As the N.C. Supreme Court considers whether to boot two Republican justices from a high-profile case involving voter ID, three former chief justices are weighing in.

Without making a specific recommendation, the former chiefs nonetheless tout the benefits of the system the court has used throughout its history. That system relies on individual justices to decide for themselves when to participate or recuse themselves from a case.

"In our collective experience on the court, the court deferred to the judgment of the individual justice or justices being asked to recuse," write former Chief Justices James Exum, Burley Mitchell, and Mark Martin in an op-ed published Sunday in the Raleigh News and Observer.

"Our confidence in this approach remains strong, in part because our court was hardly alone in adopting it," the former chiefs add. "In fact, our nation's highest court, the Supreme Court of the United States, employs a similar system of individual accountability for issues of recusal. When confronted with a recusal question, each justice balances the duty to execute the office against the parallel duty to step aside, and that justice renders an individual decision."

The three former chiefs "express no opinion" about whether the two targeted justices in the NAACP v. Moore case should recuse themselves or be disqualified. "As former and retired jurists, it is not our place to tell the court what it should do in this instance."

The retired chiefs aim instead to "offer our perspective on how the court has historically handled this issue and why," they write.

"Any approach to recusal and disqualification is bound to have its shortcomings," the former chiefs write. "This approach to recusal and disqualification - an 'honor system' approach - assumes that our affected colleagues will act in good faith. It assumes that our colleagues will base their decisions on the best interests of the parties, the court, and the state. It requires trust, respect, and collegiality among members of our Supreme Court."

A decision about whether to keep or discard the longstanding recusal policy is one "[o]only the seven members of our Supreme Court can determine."

"We trust our successors to resolve this difficult question in a way that promotes fundamental fairness, protects the integrity of our judiciary, and, above all else, preserves the rule of law," the former chiefs write. "North Carolinians deserve nothing less."

The op-ed arrives as the Supreme Court prepares to accept arguments for and against involuntary recusal from the parties in NAACP v. Moore. In that case, the plaintiffs urge the court to disqualify the court's two newest justices: Republicans Tamara Barringer and Phil Berger Jr.

Carolina Journal has led coverage of the politics of the court's pending decision. If the Supreme Court decides to remove Barringer and Berger from the case against their will, Democratic justices would hold a temporary 4-1 majority as they decide the case.

Arguments for and against involuntary recusal were originally due to the Supreme Court this week. Attorneys asked the court to delay that deadline to Nov. 4.
Go Back