"Force of nature" Cam Newton focusing on the work 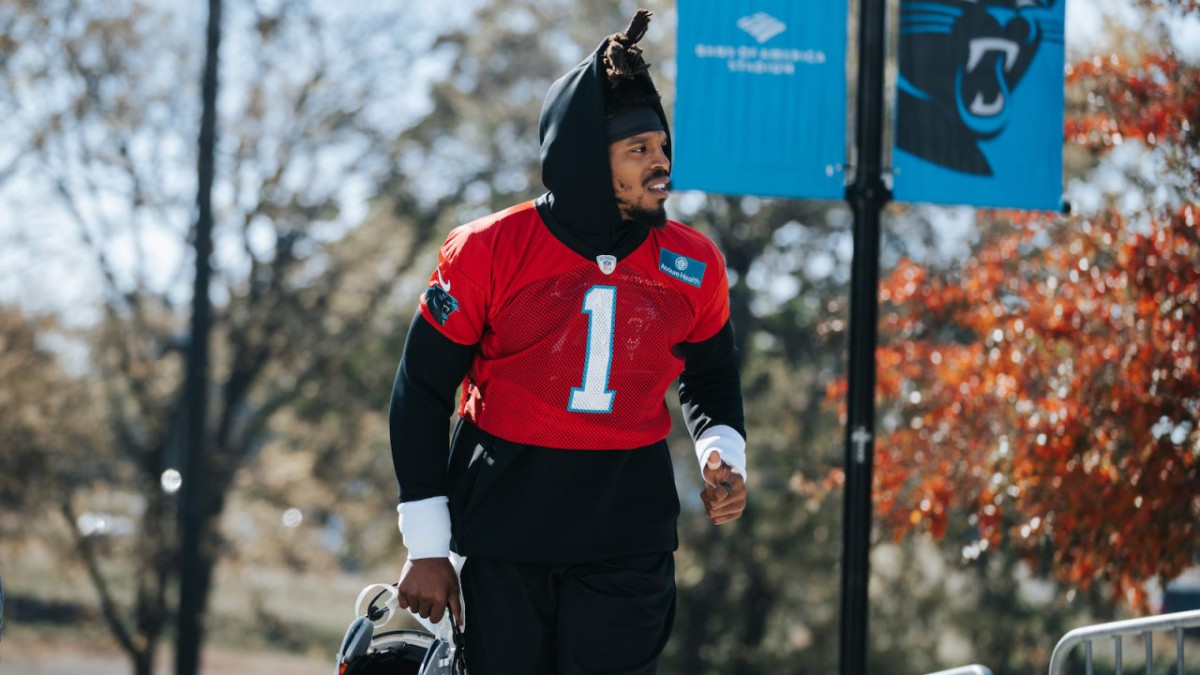 CHARLOTTE     Like most of the rest of us, Panthers head coach Matt Rhule was amazed when he saw ﻿Cam Newton﻿ score touchdowns the first two times he touched the ball Sunday.

Rhule pointed out Newton's habit of getting an extra run in after his last throw of periods in practice as evidence his new quarterback is doing business the right way. So while the juice he brought to the sidelines is good, the work on a Wednesday makes it more meaningful.

"The energy is awesome; I don't mean to diminish it," Rhule said. "But he's on the practice field, throws his last ball of the period, goes down and runs a lap, and comes back. Those are things the pros do. It's way more to me about the example being set with preparation, practice, accountability, all those things.

"We all understand Cam is like a force of nature, in the things he brings. But I don't want that to be all that people realize. I've only known him a short time. What I see is a true professional that wants to win and puts the time in."

While Newton's tremendous physical gifts have made him must-see TV throughout his career, Rhule is basing everything he knows on what he's seeing right now. And at the moment, all Newton has talked about was the importance of fitting in and helping the team win.

So even though Rhule didn't necessarily love Newton getting a penalty for his "I'm back" celebration in Arizona after the first touchdown, he quickly realized there's something behind it.

"The Cam I know right now wants to win, and wants to be good, and wants to help make this team a winning team," Rhule said. "All the other stuff is fun, it's gravy, all that. Like the 'I'm back,' one time, I can live with it. But you have to get in the end zone to do those things.

"He gets that; I get that, I hope everyone gets that. It's all about football. "

Newton didn't talk to reporters Wednesday - despite the larger-than-normal crowd at practice to see him - but planned to tomorrow. And while Rhule wouldn't go all the way to saying Newton would start Sunday against Washington, he said it was "trending" in that direction.

P.J. Walker﻿ started last week, and played the bulk of the game (Newton had nine snaps). Depending on Newton's progress throughout the week, there could still be a role for Walker, which he was unsure of at the moment.

Asked about the possibility of playing in tandem with one of his role models, Walker added: "Anything to help this team win. Moving forward, that's all that matters to me."

That's the same thing Newton is saying as well, and those who have been around him have seen it many times.

Running back ﻿Christian McCaffrey﻿ seems as stunned by some of it as fans in the stands are (at least judging by his celebration after one of Newton's scores), but also pointed out that his influence goes beyond any one facet of the game.

"He has an amazing effect on a team and the game," McCaffrey said. "His ability to make plays, not just throwing the ball but with his feet, is definitely special.

"But the way he can impact a game is much more than that from an energy standpoint, a momentum standpoint. When he gets in a groove, he's very difficult to stop. I've seen it firsthand. There's a million things he's good at, so he's fun to play with."

Energy is obviously a key component.

But as Rhule pointed out, the energy doesn't matter if he's not making plays.

"I think the thing Cam brings, to me, is execution," Rhule said. "First two plays he scores touchdowns, that's like a movie. I sat there and couldn't believe it happened. Does he bring energy? Yeah, I just don't want to diminish his on-the-field play.

"Yes, he's walking around the locker room, he's fun to be around, he's yelling and screaming, he smacked me in the middle of the game. He's fun to be around. But at the end of the day, he'll be the first to tell you, all that's for naught if he doesn't play well. He gets that; he sees that. It's all about winning."
Go Back