Raleigh family stranded in South Africa amid global COVID travel ban | Beaufort County Now | As the United States moves to restrict travel from South Africa and seven other countries effective Monday, Raleigh actress Lauren Kennedy-Brady and her family are stuck in limbo halfway around the world.

Published: Thursday, December 2nd, 2021 @ 7:21 am
By: Carolina Journal   ( More Entries )
Publisher's Note: This post appears here courtesy of the Carolina Journal. The author of this post is Dallas Woodhouse. 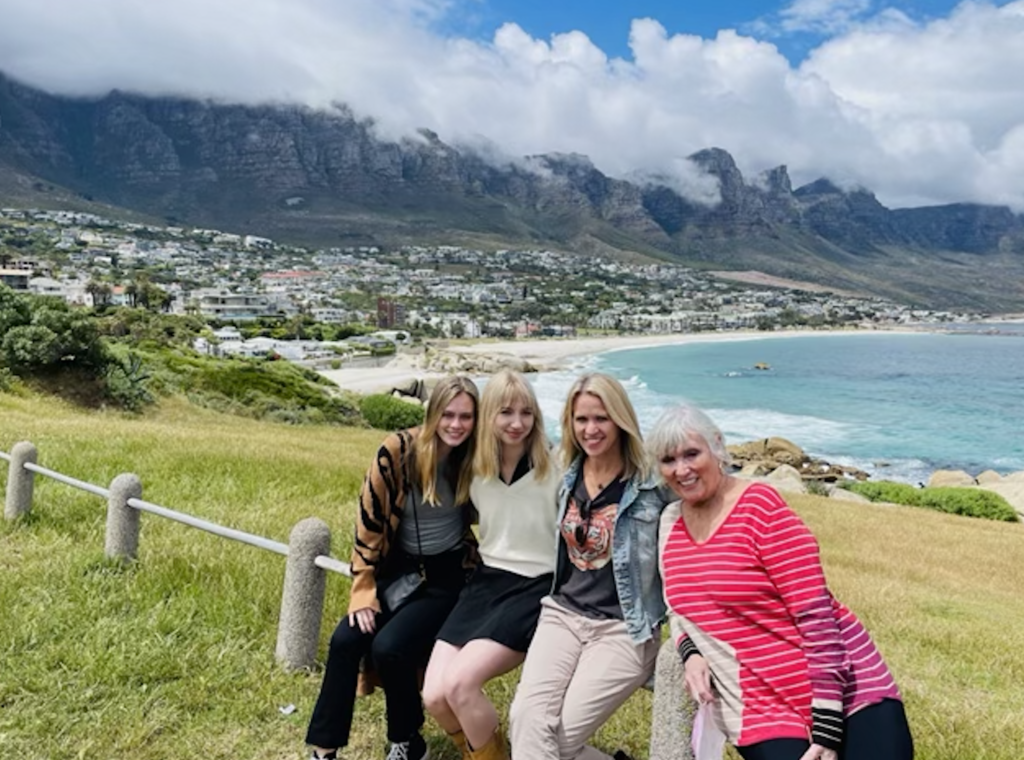 As the United States moves to restrict travel from South Africa and seven other countries effective Monday, Raleigh actress Lauren Kennedy-Brady and her family are stuck in limbo halfway around the world. The American family had just finished a two-week South African safari and were scheduled to depart on Thanksgiving Day to return to North Carolina.

While they were on a nature preserve, researchers were tracking the spread of the new COVID-19 Omicron variant, first detected in Botswana. The Biden administration this week joined other nations and banned travel from the region. While researchers say there is no evidence the new variant is any more dangerous than others, there isn't a lot of information. The global response has been to act first with a travel ban.

The Kennedys don't have COVID and are currently safe in Johannesburg, but they're leaning heavily on the office of Sen. Thom Tillis to help them find a path home, as countries through Europe also shut off travel from the region. The Kennedy family was scheduled to travel through Amsterdam on Saturday but was blocked.

The travel ban is part of a global effort to stem the spread of this new variant. President Biden was reportedly briefed by Dr. Anthony Fauci on Friday; he urged them to impose the ban. Kennedy, 47, is used to starring roles under the brightest lights on Broadway and London's West End but is now stuck in a real-life COVID drama with her mother, Sara Lynn Kennedy, 77, niece Fiona Kennedy Kelly, 25, and daughter Riley Campbell, 17.

"It was a trip of a lifetime when granddaughters, grandmother, and daughter could spend two weeks of big, amazing animals, Victoria falls, sightseeing, and good food, and environs while making lifetime memories together," said K.D. Kennedy, the family patriarch who is a husband, father, or grandfather to the stranded women.

"It has turned into a hotel prison with the USA embassy not prepared to get Americans out of Covid harm and inherent control by the absence of government assistance," he added.

The newly identified variant appears to be spreading rapidly in parts of South Africa, and scientists are concerned that its unusually high number of mutations could make it more transmissible and result in immune evasion. Cases have so far been detected in South Africa, Botswana, Hong Kong, Israel, Belgium, and the Netherlands. The World Health Organization classified it as a "variant of concern" on Friday.

Carolina Journal spoke to the office of Tillis, where staff has worked through the holiday weekend to assist the Kennedy family.

"Senator Tillis' office has been so helpful during this challenging experience," said K.D. Kennedy.

Lauren, a 1991 graduate of Broughton High School, performed on Broadway in Sunset Boulevard, Les Miserables, Side Show, and others. She has starred in dozens of productions for Raleigh's North Carolina Theatre, including just last month in 9 to 5. She is currently the director of Theatre Raleigh.

The Kennedy family is known for their philanthropic support of the arts in North Carolina's capital city. The 150-seat black box theatre at the Duke Energy Center for the Performing Arts is named for K.D. and Sarah Lynn Kennedy. The family is also a major benefactor to Duke University and Barton College.
Go Back