N.C. lithium mine proposal draws fire despite Tesla contract, job projections | Beaufort County Now | A N.C. company looking to bring a lithium mine to Gaston County is facing pushback from environmental groups, despite a deal already in place to use the mine’s products for electric vehicle batteries.

Published: Friday, December 3rd, 2021 @ 8:23 am
By: Carolina Journal   ( More Entries )
Publisher's Note: This post appears here courtesy of the Carolina Journal. The author of this post is Andrew Dunn. 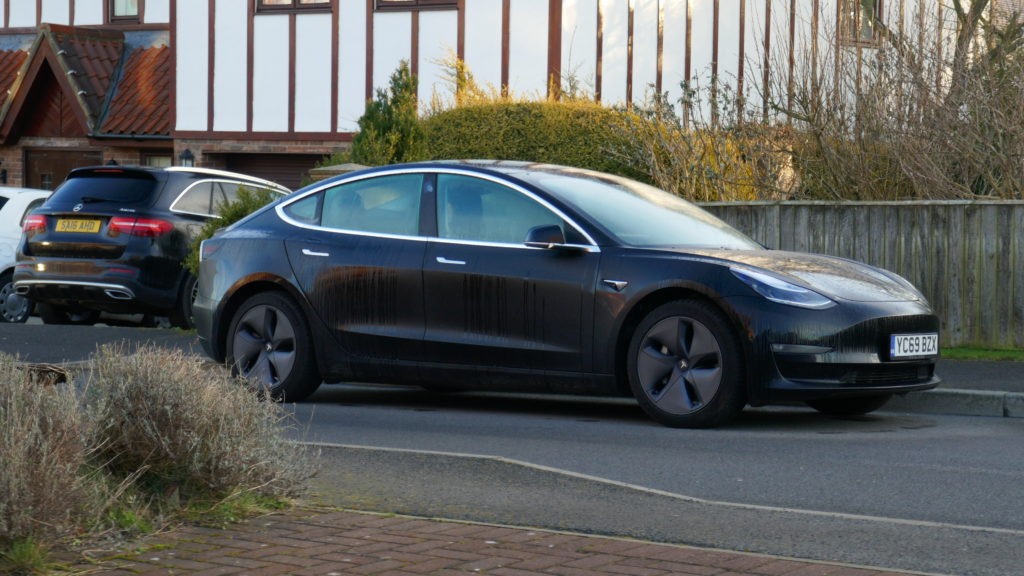 A N.C. company looking to bring a lithium mine to Gaston County is facing pushback from environmental groups, despite a deal already in place to use the mine's products for electric vehicle batteries.

Piedmont Lithium has submitted an application to open a lithium mine near the town of Cherryville on about 1,500 acres of private land. The $839-million project would bring some 500 jobs with an average salary of $90,000. If permits are approved, the mine could be operational in 2024.

The mine would immediately become one of the largest U.S. suppliers of lithium, a key component in batteries for electric vehicles. Automakers, both foreign and domestic, have scrambled to source the lithium they need for production, and industry observers project that supply will fall far short of demand. By 2030, the auto industry is expected to spend $50 billion on lithium as electric vehicles become a larger share of the market. Last year, Piedmont Lithium inked a five-year deal with Tesla to supply its raw materials from the future North Carolina mine.

But some environmental groups and Gaston County residents fervently oppose the proposed mine, fearing the effects of a new open-pit mine on groundwater and wildlife.

"Once you crack this egg you will never be able to put it back together," said local resident Bob Lancaster during a public meeting last week, according to the Gaston Gazette.

The conflict is the latest example of hypocrisy from supposed environmental advocates. While Democrats including the Biden administration have pushed wider adoption of "green" technology like electric vehicles, they have been hesitant to support a domestic supplier industry that would allow these to be manufactured - and bring thousands of jobs to exurban and rural areas, to boot.

"The auto manufacturing of tomorrow is now up for grabs," wrote National Mining Association CEO Rich Nolan in an op-ed. "And while China has made mining and mineral processing a foundational piece of its energy policy, the U.S. has been asleep at the wheel."

At the same time, the Biden administration has canceled key oil projects such as the Keystone XL pipeline and clamped down on oil production on federal land. With gas prices spiking, President Biden has begged oil-producing countries in the Middle East to ramp up supply instead of doing more to increase domestic production.

Amy Cooke, president of the John Locke Foundation, said she sees parallels between the oil crisis and the emerging situation involving lithium.

"Look no further than your local gas station to see what happens to costs when we outsource the production of resources vital to our economy. That type of inflation is what will happen to everything from batteries to mobile devices to electric vehicles if we don't start developing the minerals necessary to power our economy," she said.

"Today, the Biden administration is begging OPEC to produce more oil. Tomorrow it'll be begging some other foreign entity or worse, a foreign enemy, for access to lithium. We need to be more strategic, more forward-thinking and control our own future through U.S. development of necessary resources like lithium. Our national security and our economy depend on it."

The proposed Gaston County site lies on the Carolina Tin-Spodumene Belt, thought to be the largest lithium deposit in the United States. Piedmont Lithium calls it the "cradle of lithium" in the country. The company also has interests in lithium mines in Quebec and Ghana.

Piedmont Lithium still needs a mining permit from the state and a rezoning decision from Gaston County commissioners.

In September, the commissioners passed a new set of rules to govern future quarry and mining projects in the county. These include regulations on fencing, dust mitigation, operating and blasting hours, and noise reduction. Piedmont Lithium supported the ordinance.

The state is taking public comments on the proposal.

Environmental groups like the Catawba Riverkeeper are opposing the project based on the impact on the water supply and wildlife. Some critics have also questioned how much lithium will be able to be produced from the mine.

"The area targeted by Piedmont Lithium is home to hundreds of families, businesses, and a thriving agriculture industry," wrote the group Stop Piedmont Lithium on Facebook. "Why destroy the livelihoods and homes of thousands for less than 3/% usable lithium product?"

The Catawba Riverkeeper has asked that, at a minimum, the state require a study of the effect on the crayfish population and require more buffers around streams.

"I have no environmental concerns about domestic lithium production," she said. "Under the previous administration, we proved that we could be excellent environmental stewards and develop the resources necessary to power our 21st century economy. It's only an either-or question in the minds of the eco-left."
Go Back