Published: Saturday, December 4th, 2021 @ 7:50 am
By: Carolina Journal   ( More Entries )
Publisher's Note: This post appears here courtesy of the Carolina Journal. The author of this post is Donna King. 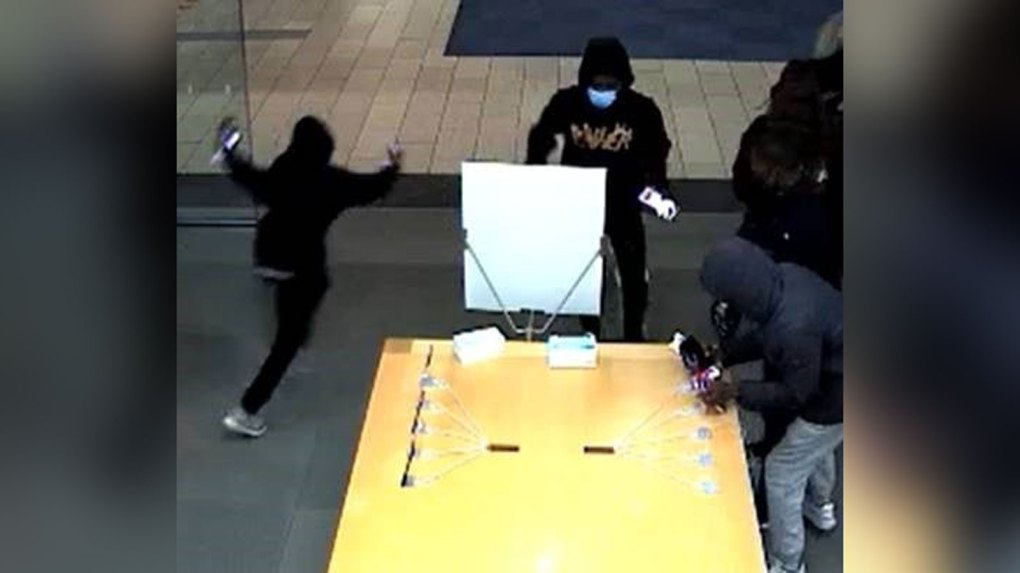 
Amid the shopping bags, holiday music, and twinkle lights, smash and grab crime videos are plaguing the retail season this year.

Most recently a small boutique owner in Cary was a victim, with crooks taking more than $30,000 worth of products in her store in under a minute. The store owner said the thieves targeted her high-end luxury bags, likely to resell them online. Thieves have been hitting stores particularly hard this season, even the small businesses barely recovering from the pandemic, labor shortages, and supply chain problems.

"They got through the first two waves of COVID and they are trying to stay open," said Andy Ellen, president of the N.C. Retail Merchants Association. "They are trying to be good job creators in their community, paying taxes, and providing jobs."

Much of the most brazen organized retail crimes, ORC, are happening in states like California, where authorities have openly worked to scale back penalties for theft. In 2014, the state increased the threshold for a misdemeanor from $500 to $950. In California, thieves can steal nearly $1,000 in goods and only be charged with a misdemeanor, unless the prosecutor charges them with organized crime. In progressive districts like Los Angeles or San Francisco, prosecutors have pledged to avoid incarceration or sentencing enhancements.

Consequently, coordinated robberies in Chicago, Los Angeles, San Francisco, and other cities are seeing crime rings of thieves brazenly flooding into stores, grabbing thousands of dollars in merchandise and disappearing into waiting cars.

While a majority of retailers say the pandemic triggered a rise in overall shoplifting, organized retail crime is up almost 60%, according to the National Retail Federation's 2021 National Retail Security Survey.

"If somebody knows they're not going to be prosecuted for a crime, they are much more likely to do it," said Ellen.

California has three cities in the top-10 nationally for increases in retail crime. San Francisco alone has seen a 50% increase in burglaries since instituting a criminal "reform' plan in 2020 that included reducing charges, shortening sentences, and limiting cash bail. Efforts to reduce incarcerations and "defund" police departments are driving stores out of business and residents to other states. California joined New York for the biggest loss of residents according to the 2020 census.

"If the authorities in blue states and cities can't control it, they - and their party - deserve whatever political punishment they get," wrote columnist Charles Lane in an op-ed for the Washington Post.

Under North Carolina law, the cap for a misdemeanor theft is $1,000. But if the crime includes tactics of organized crime, then the penalties for theft escalate significantly. Signs of ORC include conspiring with others, stealing a certain amount of goods over a set timeframe, switching bar codes or price tags, and developing ways to get around security systems.

In N.C., the law enforcement community is also more likely to prosecute such crimes.

"Other states haven't done that, and there you see crime explodes," said Ellen.

"We have been fortunate in North Carolina because our loss prevention specialists have a very good relationship with the district attorneys, with the police chiefs' association and N.C. Sheriffs' Association," he added. "They make sure that our laws are modernized to prosecute these crimes when we catch them, and unlike other areas, our district attorneys and law enforcement have been very cooperative in ensuring that those crimes are prosecuted."

A new measure co-sponsored by Sen. Thom Tillis, R-N.C. is designed to help crack down on reselling stolen goods online. It would require online marketplaces to verify third-party sellers who are selling more than $5000 in goods a year. They would have to get the seller's government ID, tax ID, bank account information, and contact information. The INFORM Act would also require online outlets to set up a hotline for customers to report suspicious online activity, such as suspected stolen or counterfeit goods.

Amazon and eBay originally opposed the measure saying it violated sellers' privacy, but recently announced that they would support a revised measure, that does not require sellers to show a driver's license or post their business name and address. The bill is awaiting action in the U.S. Senate Judiciary Committee.

Retail theft is not victimless

What shocking "smash and grab" videos don't show are the victims. Retailers have trouble keeping up foot traffic sales through the holidays with plywood in their front windows, and many are spending thousands on additional security. This year it cost one security professional his life. Kevin Nishita, a retired police officer, was murdered while protecting a TV news crew covering a robbery in Oakland, California.

"These items are often being used to fund other unsavory activities like human trafficking or opioids," said Ellen. "It's feeding into these other crimes."
Go Back