Matt Rhule explains decision to part ways with Joe Brady | Beaufort County Now | Panthers head coach Matt Rhule said Monday he thinks Joe Brady will go onto a great career, but he felt he needed to make a change in the direction of the Panthers offense for the next five weeks. 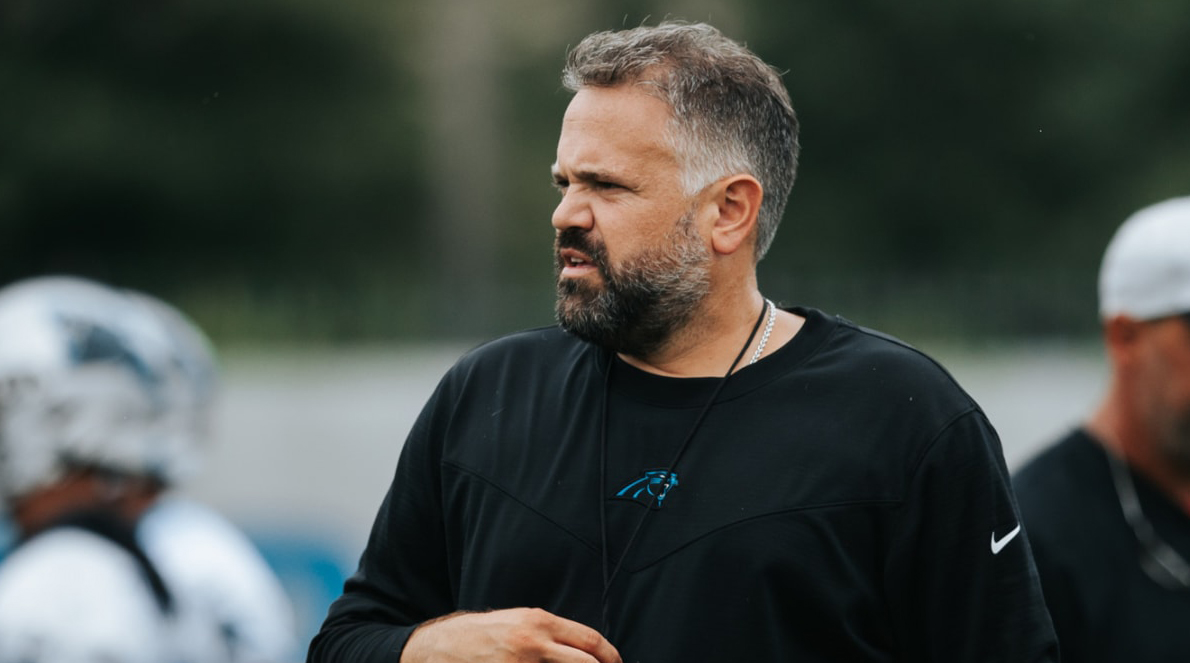 CHARLOTTE     Panthers head coach Matt Rhule said Monday he thinks Joe Brady will go onto a great career, but he felt he needed to make a change in the direction of the Panthers offense for the next five weeks.

Rhule called the 32-year-old Brady "an unbelievable person, excellent young coach, and consummate professional," and said their meeting Sunday "ended with a hug."

"He's done a lot to get us moving in the right direction, but this was something I felt like from a football perspective we needed to do now," Rhule said. "Out of respect to Joe, I probably won't go into tremendous detail; this was just something as hard as it is, I felt was right for us right now."

Rhule admitted that hiring the now-32-year-old Brady as his offensive coordinator was a "bold" move, which was "outside my comfort zone" based on their lack of familiarity.

"I certainly don't look at that as a mistake," Rhule said. "I think what Joe did the first year, dealing with COVID, and installing a whole new system, we had some turnover at the quarterback position. I look at Joe's time here and see all the good things he did. You get to a time such as this, and it's time to move in another direction and continue the evolution and the process of building forward.

"I'll say it again. I think Joe's going to have a fantastic career. Sometimes the worst things that happen to you are the best. I'm grateful for his time here. He's done a lot at his young age, he's got a lot more to do, and he'll do a lot of great things."

Rhule said he talked to owner David Tepper about the call last week, but added that it was "my decision."

"It was purely football," Rhule said. "This was in the best interest of us moving forward. I feel like we can play better on offense. That's not about any one person or any one thing. I felt this was the best way I can help us move forward offensively.

"As I said, I'm going to count on the coaches we have and the players that we have. We have to coach our best and play our best in the coming weeks. I felt with the bye week, this was the appropriate time."

Rhule said that senior offensive assistant and running backs coach Jeff Nixon would call plays, in collaboration with the rest of the staff.

Nixon called plays for Rhule at Baylor, and Rhule described him as a "calm, steadying influence."

"I told Jeff this was about this week," Rhule said. "We need to do everything we can do to beat the Atlanta Falcons. This is just about this week. However long it lasts, it lasts. I think all of us in the organization, we've had some ups and downs; we just have to be really focused on each week.

"This is for him to do right now, and then the future will be the future."

And while he didn't want to get into many of the whys regarding Brady's departure, it's clear Rhule has a style he wants to play. After saying prior to the Giants game he wanted to make a point to run the ball, they were only able to run 17 times (33 is Rhule's target number for attempts). In the four losses since then, they averaged 19.8 rushing attempts per game (42 per game in wins over Arizona and Atlanta).

But Rhule talked about the overall offensive issues, as opposed to any particular facet.

"All part of one big thing. It's not any one thing, it's just the vision of how we think we need to play and where we'll be moving forward," he said. "We want to be able to be a team that can run the football, but obviously, we can't throw multiple interceptions. Whatever we do, we have to do at a higher level.

"That's not about any one guy. We just have to play better on offense. But I'm not going to boil this down to one specific thing. If it was one specific thing it would be easy to fix. It was overall, so this was the move I felt like we had to do."

Those plans are complicated by the fact that running back Christian McCaffrey was placed on injured reserve last week with an ankle injury picked up in Miami.

Rhule said he still planned to start Cam Newton at quarterback, but didn't want to get too deeply into whether backup P.J. Walker might also have a role this week against the Falcons, saying it was too early in the week to have that kind of thing nailed down.
Go Back