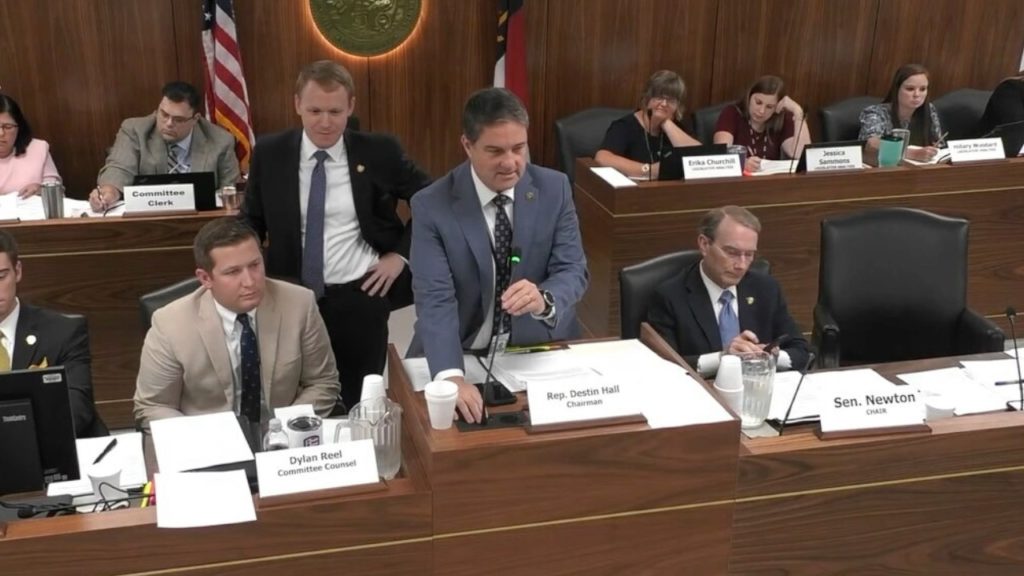 Sam Hirsch, an attorney based in Washington, D.C., "directed the creation" of the alternative maps, according to a news release from Sen. Warren Daniel, R-Burke.

Hirsch was an acting assistant attorney general in the U.S. Justice Department during the Obama administration. He rejoined his current law firm, Jenner and Block, in 2017, after Obama left the White House.

"The N.C. League of Conservation Voters, a Democratic political organization led in part by the husband of a Democratic state senator, is asking a court to throw out the state legislature's enacted districts and order into law maps the group created in secret," according to the news release.

"For weeks, LCV refused to even disclose who created their proposed maps, even though they're asking a court to order them into law," Daniel's release added.

"But in a motion filed today, the political activist organization admitted that the person who 'directed the creation' of the maps was their own lead litigator, attorney Sam Hirsch, and that he shouldn't have to answer any questions about the map the group wants to impose on North Carolina. LCV also admitted their lawyer had assistance from unnamed 'consulting experts.'"

"The brazen hypocrisy is remarkable," Daniel said. "We drew districts in open committee in full view of the public. Now a political action group hired a litigator to draw maps in secret, wants those maps ordered into law, and insists the mapmaker should be immune from any public scrutiny of proposed districts that produce results another Democratic expert panned as a massive gerrymander."

The last part of the quote refers to a Dec. 16 state Senate news release. At that time, GOP senators highlighted a court document in which a Democratic academic redistricting expert identified a 1.3% chance that fair, unbiased redistricting criteria would produce a congressional election map likely to elect seven Democrats and seven Republicans.

That projection was based on 1,000 computer simulations using the results of the 2020 presidential election to gauge congressional votes. Under that scenario, none of the 1,000 maps yielded results likely to give Democrats an advantage in the N.C. congressional delegation.

Daniel's latest news release arrives as supporters and critics of North Carolina's new election maps prepare for trial next week. The N.C. Supreme Court has ordered a three-judge panel to conduct a trial based on the merits of two lawsuits challenging new congressional and legislative election maps. The trial must be complete by Jan. 11, according to the state Supreme Court order.
Go Back