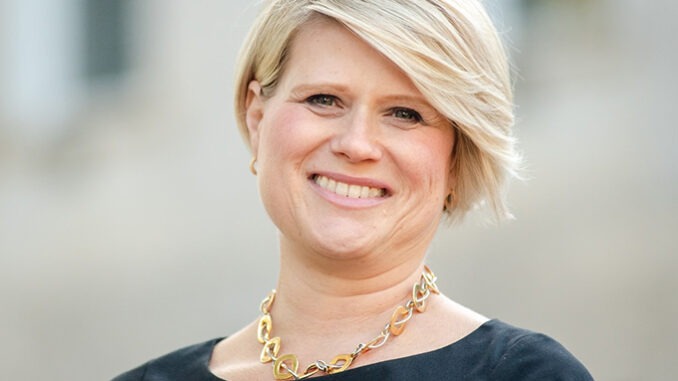 A. P. Dillion at the North State Journal is reporting:

“What we’ve seen happen with school boards and parents these past few months reminded me of something that I ran on — and that is the importance of parent voice,” said Truitt.

“When I declared my candidacy, there were no Critical Race Theory debates, and there was no pandemic, and what I spoke about often on the campaign trail was the need for K-12 education leaders to see parents as consumers,” Truitt said.

“And in my support of school choice in all of its forms, I have frequently said that the parent is the best person to decide what’s right for their child’s education and that no one cares more about that child than that child’s parents or guardians,” said Truitt. “And to that end, I will, in the New Year, be announcing the formation of a new parent council.”

Truitt didn’t specify how the new parent council would be set up, but she indicated more details would be coming in the near future.

North State Journal also touched based with Truitt on the Oct. 4 memorandum issued by U.S. Attorney General directing the FBI to investigate school board protests.

Garland’s memorandum was based on a Sept. 29 letter sent by the National School Boards Association (NSBA) president and CEO. The letter suggested using the Patriot Act and other domestic-terrorist measures to address alleged “violence” and “threats” surrounding school board meetings nationwide.

Truitt said that prior to the NSBA letter, and the subsequent actions of the Department of Justice, she had met with various school board members across the state.

North State Journal asked if anyone from the Department of Justice or a related agency had contacted her or the N.C. Department of Public Instruction, Truitt said, “No, no one.”

She said that some board members expressed they were upset they had to hold meetings every month, per statute, to approve continued use of masks or rescind any previous mask mandate already in place.

According to Truitt, board members were upset about the way they were being spoken to with regards to those votes, and some of them felt that this was not something they had necessarily signed up for. She said she sympathized with them and later released a statement encouraging “civil rhetoric.”

“And then the next week we saw the [national] school boards association letter hit and the complete over reaction from Merrick Garland’s office,” said Truitt. “And I was absolutely appalled by the language used in that letter which referred to parents as terrorists and classified their behavior as tantamount to hate crimes.”

“Then to see the [NSBA] letter, then the Department of Justice response…” Truitt said. “You know, it’s sort of like, just when you think it can’t get any worse, you hear not only that the DOJ’s response was to validate that letter, but then to continue down this path.”

The NSBA apologized to its membership on Oct. 22 for sending the letter to Biden. By that date, 21 state school board associations had either distanced themselves from the NSBA or dropped their membership entirely. As of Dec. 8, the number has risen to 27 states. Out of that 27, currently 18 have withdrawn their membership or dues. North Carolina’s School Board Association was one of the 18, voting to withdraw its membership at its annual meeting held on Nov. 11.

Truitt said that once the NSBA had apologized publicly for their letter, she said that showed “the politicization of the Department of Justice,” which Truitt says she found “inexcusable.”

Following publication of Garland’s memorandum, a number of North Carolina elected officials on both the state and federal level issued statements condemning the move, including Truitt.

“This is federal overreach for certain,” Truitt said in her statement. “The Justice Department should spend as much muscle investigating the uptick in violence and gun-related attacks around our country as they do on concerned parents who are simply frustrated about their children’s public education experience at the local level. Vehement protests are not hate crimes, and loud rhetoric does not a terrorist make.”

In the days following Garland’s memorandum, the attorney general was accused of having a conflict of interest after it was revealed his daughter is married to the co-founder of Panorama, a company that sells Social and Emotional Learning and Critical Race Theory materials.

It was also learned through congressional hearings that Garland’s memorandum had been based on the letter by the NSBA which was sent to President Biden. Records requests conducted by Parents Defending Education showed that there had been coordination between the Biden administration and NSBA President Viola Garcia prior to the NSBA sending its Sept. 29 letter to Biden.

The most recent events related to Garland’s memorandum include documents provided to Republicans on the House Judiciary Committee by an FBI whistleblower. The documents show the FBI had employed counterterrorism tactics on parents and individuals protesting at school-board meetings using a “threat tag” dubbed “EDUOFFICIALS.”

The use of these tactics by the FBI contradicts the testimony Garland gave during a House Judiciary Committee hearing on Oct. 21.

U.S. Rep. Jim Jordan (R-Ohio), the ranking member of the House Judiciary Committee, has continued to press Garland and the FBI on the matter, sending a letter demanding answers on the EDUOFFICIALS tags to FBI Director Christopher Wray on Nov. 18.

It is unclear if Wray or Garland have responded to Jordan’s requests.