Published: Friday, January 28th, 2022 @ 7:46 am
By: Carolina Journal   ( More Entries )
Publisher's Note: This post appears here courtesy of the Carolina Journal. The author of this post is CJ Staff. 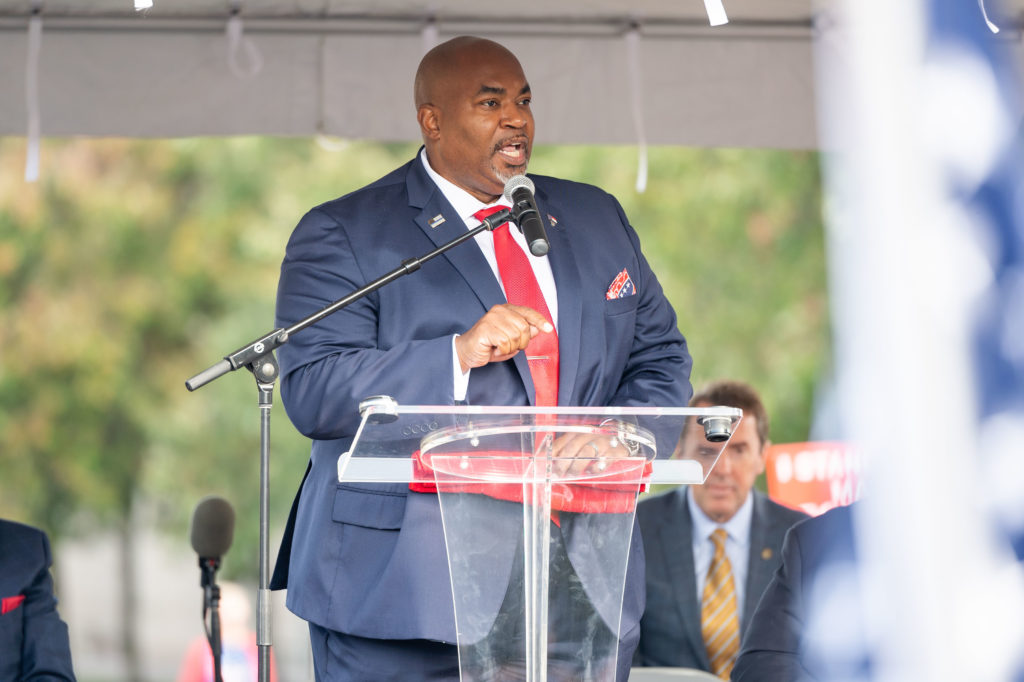 Lt. Gov. Mark Robinson speaks to the crowd at the “Stand Up for America” rally on Friday October 29, 2021 in Raleigh. Photo by Maya Reagan, Carolina Journal


With campaign finance reports coming later this month, North Carolina Lt. Gov. Mark Robinson's campaign for re-election announced that he has raised more than $1.5 million. The donations come from 12,691 donors, according to his latest campaign finance report. Semi-annual reports for all candidates for office in N.C. are due Jan. 31.

"I want to thank every patriot that donated to our campaign this year," Robinson said in a statement. "I am humbled by the support and proud to show such strong numbers. In 2020 we won with a message that people believed in, and a strong grassroots movement. It is encouraging to see this movement continuing to grow."

A summary of the report for the campaign, called "Friends of Mark Robinson," shows the campaign has raised more than $2 million over the past year.

Robinson gained attention this year for his commission focused on what he calls "indoctrination" in public schools and stopping Critical Race Theory from shaping the curriculum. Robinson was also the target of calls for his resignation after he fought to remove books, which he described as "filth" because they depict sexually explicit content on gay and transgender people, out of elementary school libraries.

"They want me to resign. I am going to resign myself to keep kicking them in the teeth, keep delivering the message of truth to the people of North Carolina, to continue to keep standing up for the constitutional rights of every citizen of this state, regardless of how they identify," he said at the time.

Robinson built a grassroots following over the past several years after, as a private citizen, a YouTube video went viral, showing him defending his Second Amendment rights before a meeting of the Greensboro City Council where members were considering a gun buy-back program.
Go Back