Busybodies and other people's property | Beaufort County Now | Moore County is yellow-dog Republican. But we have plenty of folks who like to dictate what other people do with their property.

Busybodies and other people's property

Moore County is yellow-dog Republican. But we have plenty of folks who like to dictate what other people do with their property. It's one thing to oppose something over noise issues, environmental issues, or safety concerns. It's another to oppose development because you're trying to kill off competition for your business, or that you just have a bone to pick with capitalism.

Here, we like to have public hearings over the installation of swing sets and fences. We have people who build houses on land adjacent to commercially-zoned property, and then raise holy hell when someone comes along and wants to put a business on that properly-zoned piece of property.

The latest kerfluffle in Southern Pines involves a decision by the Bell family, which owns the Pine Needles and Mid-Pines golf resorts, to develop a parcel of property adjoining the existing golf club properties and U.S. 1. A group of merchants in Southern Pines's downtown shopping district have signed a petition demanding the town of Southern Pines require an economic impact study -- financed by the town or the property owner -- before final approval of the property's rezoning. 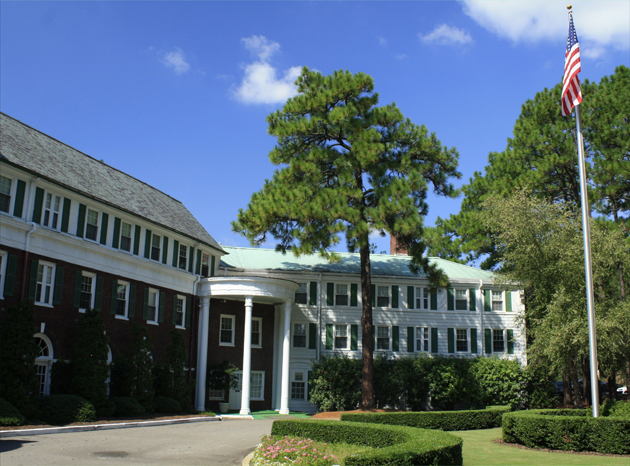 My partner-in-crime in the local conservative common sense caucus, Bill Cochrane, is taking on these busybodies head-on:

[...] A source of angst for ­several merchants was an Internet post last month on the Moore TEA Citizens ­website in which Southern Pines resident Bill Cochrane identified the petitioners and said they "want to use (the) Town Council to slam the door shut on new business entrants."

"It is not the role of government to protect the downtown merchants from competition, to shower them with crony favors, and to determine winners and losers in the marketplace," Cochrane said. [...]

Instead of talking about issues, some of the downtown merchants have decided to take potshots at Bill:

"I don't know who he is, but does he really come downtown?" Miller said. "We have very passionate, committed business owners who love this town. He was shining a very negative light on this community."

"I was really surprised. I did not sign the petition thinking I was making a political statement," Walker said. "It makes me wonder if he's ever owned a business before. If he has, why would he blacklist the people in this town who try so hard to make their businesses successful?" [...]

In an interview late last week, Cochrane said that he has never owned his own business, and doesn't care what others think.

"I think the study is unnecessary," he said. "It's a very transparent effort to try to delay, and hopefully kill, the project." [...]

Right on. You elect a town council to set community standards for developers to follow. It's un-American and indefensible to subjectively change the rules at the last minute, and pull the rug out from under people, because you want to protect your business from the possibility of competition.

Strong health businesses led by smart entrepreneurs learn to adapt and grow in the face of competition. They see competition as a good thing that keeps them on their toes. It's survival of the fittest. Good quality businesses will survive. There are plenty of examples around.

Hopefully, the Town of Southern Pines will dismiss this nonsense and give the Bell rezoning proposal the fair, objective treatment it deserves.
Go Back