"Border counties"---what are they and where are they located 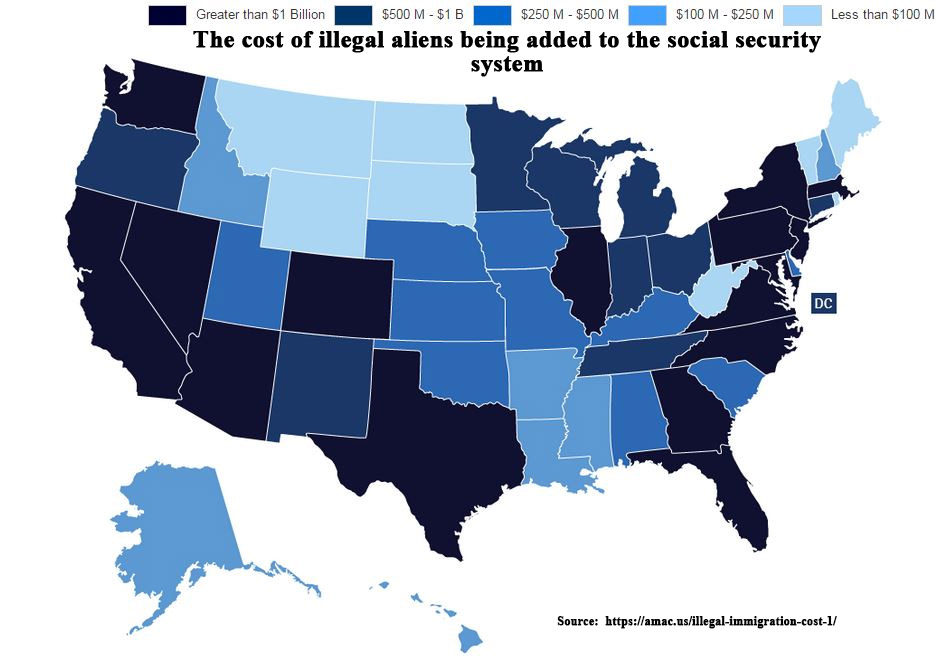 Stan Deatherage raised an interesting question about geography at the April Beaufort County Commissioners meeting.  The Democrats were not impressed.

Commissioner Deatherage contended that the Biden policy of encouraging immigration and allowing millions, yes millions, of people into the United States with only the promise that they show up in court sometime during the next two years is slowly but surely destroying the demographics of the United States.  That is, we are becoming more of a Hispanic and socialist nation.  He talked about the large quantities of drugs being smuggled from Mexico into the USA and the human trafficking for both sex and other criminal activity.

A western sheriff made the statement this week. “All counties are now border counties.”  The transporting of illegals across the United States by bus and airplane within a few hours of arriving. makes, every county (there are 3243) in the United States a border county.  Biden and his liberal appointees have allowed about two million illegals into the Unite States.  That is about 600 new residents, on average, for every county.

Commissioner Deatherage wants to know how many we actually have in Beaufort County.  He made a motion to direct the County Manager to find out. Nominal Republican, Frankie Waters, was so anxious to shut Deatherage down that he suddenly started trying to wish Carolina basketball fans victory in there basket ball game that night  over Duke.  He had to be reminded there was a motion on the floor that had to be voted.

Fake Frankie Waters called for the vote.  There was no debate.  The Gang of Four, Frankie Waters, Jerry Langley, Ed Booth and John Rebholz, voted against the resolution.  This was a disappointment but not surprising.  The Gang of Four  have voted to support the Democrat platform many times in the past.  It is disappointing in that Waters and Rebholz were elected as Republicans but promptly formed an alliance with Democrats Langley and Booth to elect Fake Frankie Chairman and Langley Vice Chairman.  The Republican Party has a problem with taking in Democrats and allowing them to remain loyal to the Socialist Democrat movement.

Commissioner Deatherage question is important for two reasons.  The distribution system for drugs into the United States has been shortened, by eliminating a lot of the middlemen.  As we understand, the delivery of drugs into almost all counties is direct from the cartels.  This is understandable since there are plenty of illegal immigrants to do their bidding in the United States. They no longer need US citizens to be their wholesalers.  They employ illegal immigrants.  They have their own police methods, so they do not have to pay as many bribes.

The second reason is, as more illegals arrive, the cost of county government goes up.  Not so much from a law enforcement standpoint as from the cost of social services.  The general policy is that immigrants cannot draw benefits until they have been here five years.  However, there is the child connection.  All children are eligible to draw benefits if they have been here for one day.  This is why so many children are immigrants.  They are income providers for their families.

At the federal, state, and local levels, taxpayers shell out approximately $134.9 billion to cover the costs incurred by the presence of more than 12.5 million illegal aliens, and about 4.2 million citizen children of illegal aliens. That amounts to a tax burden of approximately $8,075 per illegal alien family member and a total of $115,894,597,664. The total cost of illegal immigration to U.S. taxpayers is both staggering and crippling. In 2013, FAIR estimated the total cost to be approximately $113 billion. So, in under four years, the cost has risen nearly $3 billion. This is a disturbing and unsustainable trend. The sections below will break down and further explain these numbers at the federal, state, and local levels.

The Association of Mature American Citizens has calculated the cost of amnesty, as proposed by Joe Biden, to be enough to bankrupt the social security system.  See chart above.   Click here to learn more.

About ten years ago there were 400 children in the Beaufort County School system who were getting language assistance.  Translation, they were illegal.  Their language deficiency was they spoke Spanish.

At that time the education cost paid by the State of North Carolina and Beaufort County was $12,500 per student per year.  That is an annual cost of 6 million dollars with at least one million coming from Beaufort County tax payers.  I guess the other five million came from us too.

Illegals are exploited for cheap labor by both US citizens and other illegals.

When you consider the damage drugs do to our families and friends, the cost of education of their children, along with the lower wages paid to all of us, one would think the presence of illegals would be of prime importance to such caring individuals as the Gang of Four (Fake Frankie, Jerry Langley, John Rebholz and Ed Booth).   They proved their concern and awareness of local issues with their whirlwind vote to not do anything.

The Republican Party has issues with allowing Democrats to run un-vetted as Republicans.  Frankie Waters refused to fill out the vetting questionnaire the first time he ran.  But the liberal Republicans still managed to get him elected.

It is time for a change.  Vote out Fake Frankie and 90 percent of the sitting politicians during the May primary elections.  Unless that politician has actively stood up for you during the past two years, vote him out of office.  Even those who appear to be neutral are not your friends.  If you want to change government, change the people who are running government!