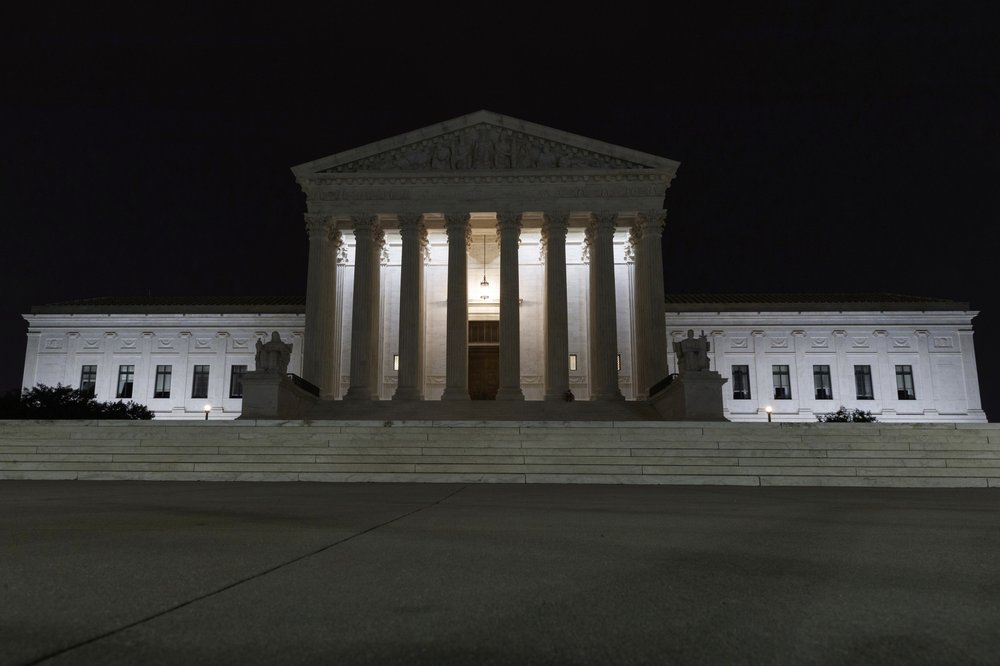 An initial draft opinion written by Justice Samuel Alito and obtained by Politico reveals that the Supreme Court has voted to overturn the landmark abortion ruling Roe v Wade.

According to that outlet, the opinion is a "full-throated, unflinching repudiation of the 1973 decision," which made abortion legal across the country. The legality of abortion was further upheld in a 1992 decision, known as Casey.

Over the past year, many states across the US have written and passed laws that essentially outlaw abortion past 16 weeks. It was the law out of Mississippi that was challenged in the court.

Part of that draft ruling states that "Roe was egregiously wrong from the start. Its reasoning was exceptionally weak, and the decision has had damaging consequences. And far from bringing about a national settlement of the abortion issue Roe and Casey have enflamed debate and deepened division."

A source said that Justices Thomas, Gorsuch, Kavanaugh and Barrett had voted in the majority with Alito after December's oral arguments, and as the court was set to reach a decision, that remained the same.

Justices Sotomayor, Kagan and Breyer were all opposed to overturning the ruling, which essentially bumps the abortion problem back to the states, or will require Congress to act to create a law on abortion that would be effective across the country.

Politico states that the opinion is 98 pages long, still in draft form, and backs Mississippi's right to make abortion illegal in the state. That the draft was made public is somewhat shocking, and "a rare breach of Supreme Court secrecy and tradition around its deliberations."

Because the leaked opinion is still a draft, and is not final, things in the Court could change prior to the release of the official opinion.

"The inescapable conclusion is that a right to abortion is not deeply rooted in the Nation's history and traditions," stated Alito in the draft per Politico.

"The Constitution does not prohibit the citizens of each State from regulating or prohibiting abortion," Alito wrote in conclusion. "Roe and Casey arrogated that authority. We now overrule those decisions and return that authority to the people and their elected representatives."

This is a breaking story and will be updated.