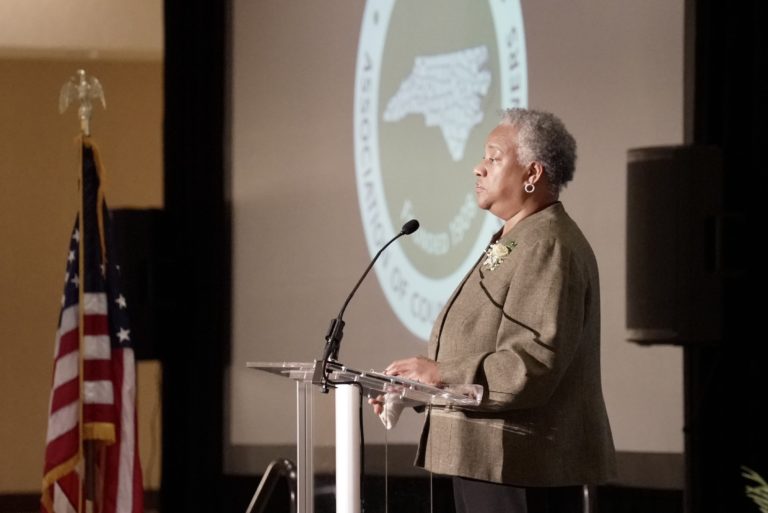 "My broadband task force will explore the critical aspects of a successful broadband project and develop a playbook for counties to follow best practices and implement broadband expansion projects of their own," said President Johnson. "With the concerted effort of my presidential initiative and task force, I am confident we can move toward improved access for all."

In addition to President Johnson, the Association's executive officers for 2022-2023 were sworn in by National Association of Counties President Denise Winfrey and include:


The NCACC also recognized members, partners, and other individuals who aided and positively built on the mission and vision of the organization. For more information on NCACC's awards and honors, visit www.ncacc.org/about/awards-and-recognition/. Several counties received awards from the Civic Federal Credit Union for establishing innovative partnerships to improve services to citizens. Other award winners include:


Attorney General Stein and his team at the Department of Justice were instrumental in negotiating the national opioid settlement and worked closely with counties and Association staff to craft a Memorandum of Agreement that directs significant funding to all 100 counties to combat the opioid crisis.

"I'm grateful for the partnership between the NCDOJ and North Carolina Association of County Commissioners; it was essential in securing the $26 billion national settlement, including North Carolina's share of $750 million," said Attorney General Stein. "Now we all want to make sure that these funds are effectively spent to help people with addiction all across our state stay alive and then become healthy."

The NCACC 115th Annual Conference in Cabarrus County also featured the 11th edition of YouthVoice, a program initiated by an NCACC Past President that invites high school-age youth from all 100 counties to learn more about leadership and county governance, and to facilitate conversations between commissioners and future leaders. NCACC partners with NC 4-H Youth Development and Boys & Girls Clubs of NC to select and bring YouthVoice delegates to Annual Conference.