Published: Saturday, September 3rd, 2022 @ 8:50 pm
By: Daily Wire   ( More Entries )
Publisher's Note: This post appears here courtesy of the The Daily Wire. The author of this post is Dillon Burroughs. 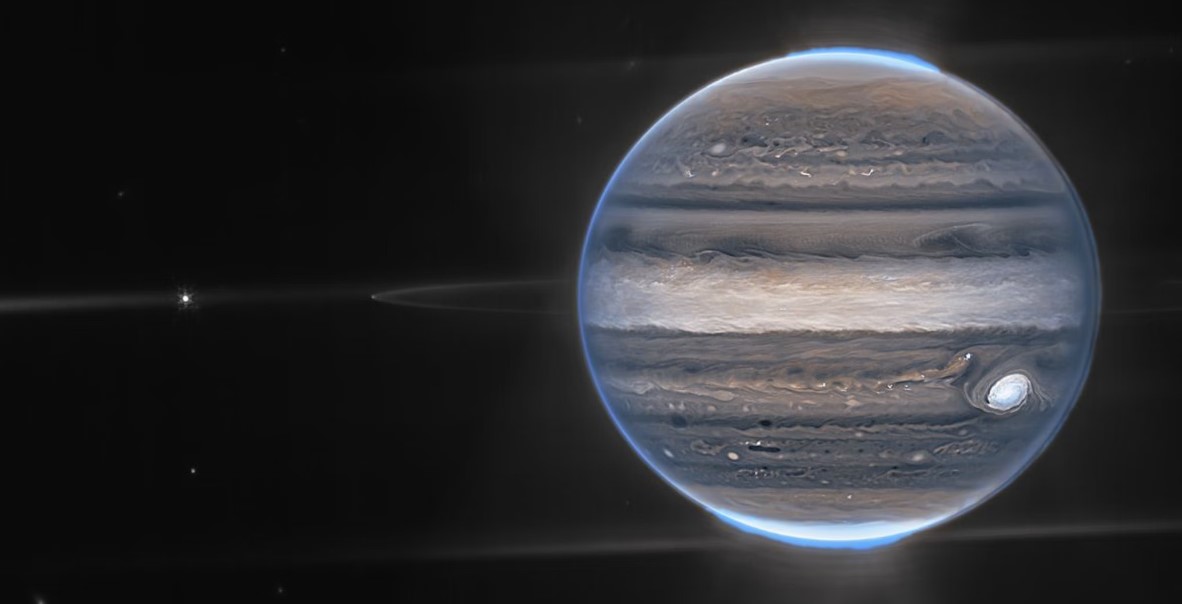 The July photos were presented along with new information regarding observations of tremendous interest to the scientific community.

"We hadn't really expected it to be this good, to be honest," said planetary astronomer Imke de Pater, professor emerita of the University of California, Berkeley, in a blog released by NASA with the images.

"It's really remarkable that we can see details on Jupiter together with its rings, tiny satellites, and even galaxies in one image," she said.

A second image showed the planet's dark ring system and two of its moons in stunning detail.

The images are part of a growing collection of discoveries that have occurred since the Webb Telescope began operating earlier this summer.

As The Daily Wire reported in July, researchers using data from the telescope discovered a galaxy so old it predates the previously oldest known galaxy by roughly 100 million years.

The newly-discovered galaxy has been named GLASS-z13. It is estimated as arising just 300 million years after the Big Bang.

"JWST has potentially smashed records, spotting a galaxy which existed when the universe was a mere 300 million years old!" former NASA scientist James O'Donoghue tweeted. "The light from GLASS-z13 took 13.4 billion years to hit us, but the distance between us is now 33 billion light years due to the expansion of the universe!"

The Webb Telescope launched at the end of 2021 and became operational about six months later. Its first images were revealed on July 12, with one image shared from the White House on July 11.

"The James Webb Space Telescope will give us a fresh and powerful set of eyes to examine our universe," Eric Smith, Webb program scientist and NASA Astrophysics Division chief scientist, said when the first images were revealed. "The world is about to be new again."

The telescope is expected to provide data for at least five years, with a goal of 10 years. Its location is one million miles from Earth (1.5 million kilometers), according to the telescope's website.

At just 21.7 feet wide (6.6 meters), the relatively small device is making a giant impact through each image it communicates to Earth, offering glimpses of the universe previously never seen.

1. Make way for the king of the solar system! 👑