The nonprofit watchdog Truth in Accounting (TIA) released its 13th annual Financial State of the States this week.

Every state except Vermont has a balanced budget requirement.

According to TIA's model, legislators are able to give the impression of a balanced budget by using gimmicky math to dodge true costs, pushing the costs onto future taxpayers.

The main culprit contributing to states' inability to pay their bills is unfunded retirement liabilities.

In an ideal world, states would keep enough money on hand to pay for their employees' future retirement benefits. As in most years, "unfunded retirement liabilities were the largest contributing factor to the $1.2 trillion in state-level debt," according to the report.

The report continues, "although these retirement benefits will not be paid until the employees retire, they still represent current compensation costs because they were earned and incurred throughout the employees' tenure."

Other Post-Employment Benefits (OPEB) plans for the Country, 2021 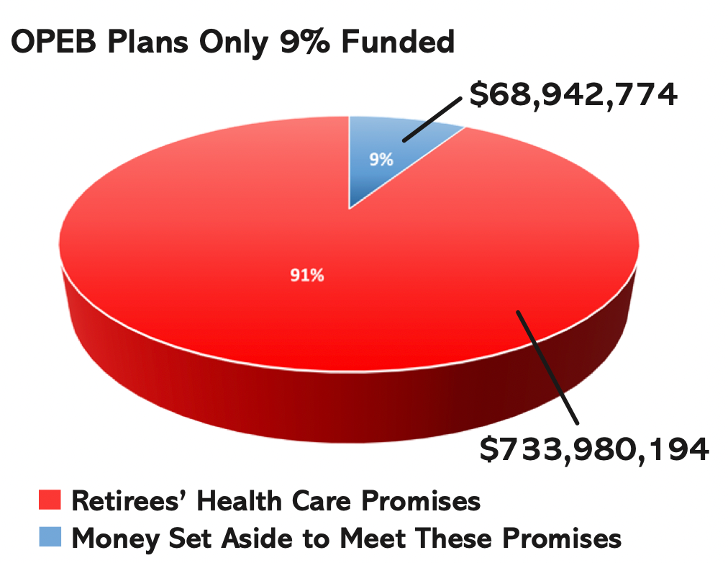 TIA's findings underscore the importance of an accurate and transparent financial picture. Without this, it is too easy for legislators to overspend or otherwise manipulate the bottom line.

TIA gives each state a letter grade based on their surplus or lack thereof. The TIA model divides the money needed to pay the state's bills by the number of taxpayers to come up with each state's Taxpayer BurdenTM. Any money leftover is divided by the taxpayer population, resulting in the Taxpayer SurplusTM. States are ranked accordingly and assigned a grade based on their Taxpayer SuplusTM. 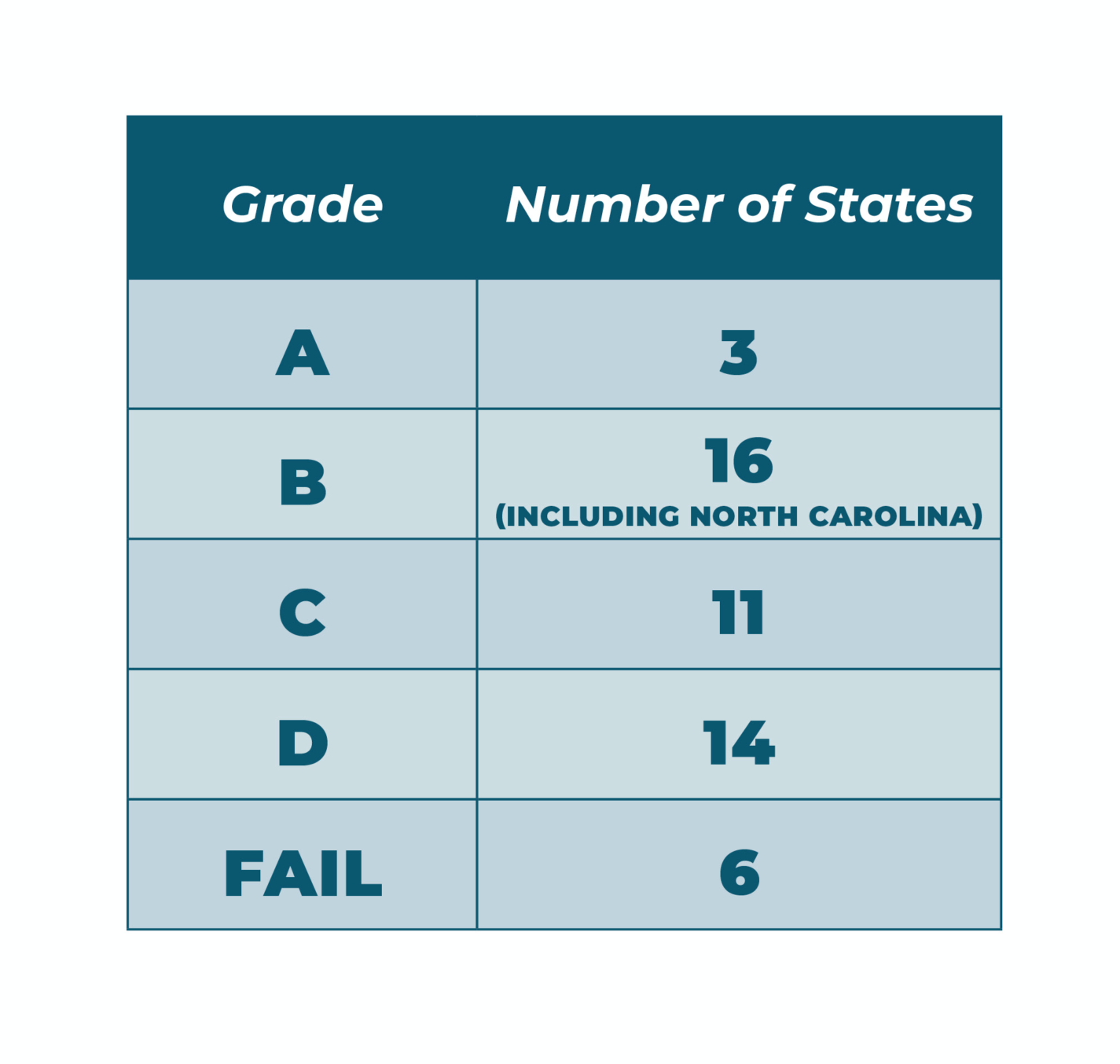 North Carolina ranked 14th overall. This year's surplus of $6.5 billion helped secure our state a B rating. Yet, since 2021, according to the TIA report, "market conditions have worsened and Covid funding is waning."

North Carolina should pursue long-term fiscal restraint. Pro-growth budgeting should not depend on who is in charge.

North Carolina has received worse grades from TIA's report in the past. Thanks to fiscally conservative leadership, however, North Carolina is back on a pro-growth path. Our surplus revenue bolsters the case for a Taxpayer Bill of Rights (TABOR) that protects future North Carolinians through an amendment to the state constitution to restrain spending. A TABOR would prevent shortsighted spending sprees that would endanger future taxpayers.
Go Back