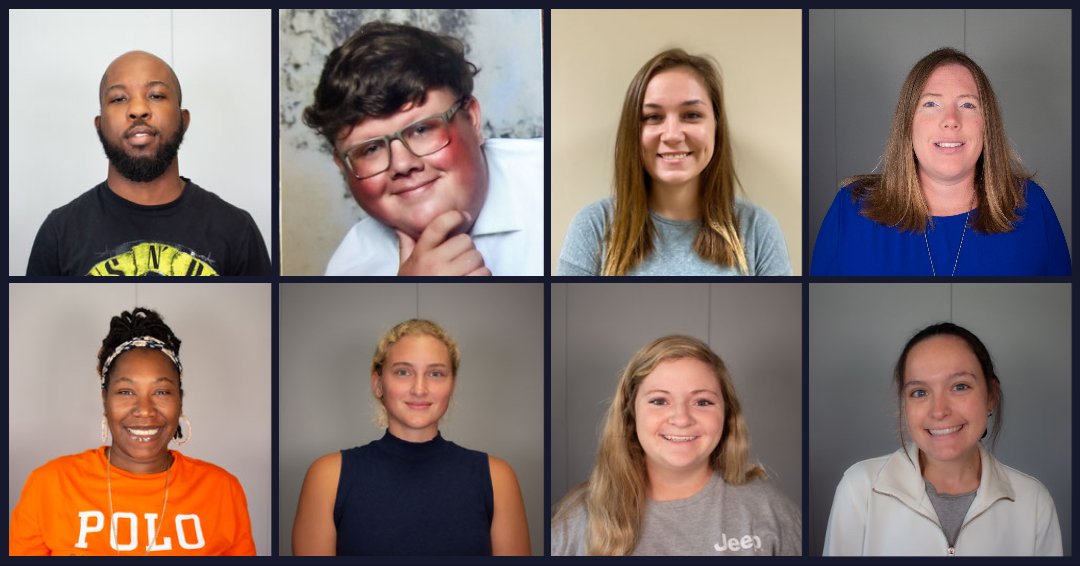 The Beaufort County Community College Foundation is proud to announce these scholarship recipients for the Fall 2022 semester. Registration is open for Spring 2023 courses starting in January and traditional students have a chance to win $1000 in bookstore credits if they register during the Early Registration period ending on November 30. This will be the final semester of the Beaufort Promise in its current form. Qualified students from Beaufort, Hyde, Tyrrell, and Washington Counties can still receive free tuition and fees beyond 2023.

Jevon Bailey, 28, received the Cypress Landing Scholarship. The Pinetops resident is the son of Roderick and Renee Tillery of Pinetops and attended Northern Nash High School. Bailey has two children and currently works as a bus driver for Beaufort County Schools. He plans to transfer to Winston- Salem State University.

Established in memory of Colin Cratch Arnold, this biannual scholarship is awarded to a young man or mature male student who demonstrates financial need. Colin was a student at BCCC.

Briana Chalk, 25, received the Beaufort County Crime Stoppers Linley H. Gibbs, Jr. Scholarship. The Chocowinity resident is working toward her Associate in Applied Science in Criminal Justice. She attended Eastern York High School, and she is the mother of two. Chalk currently works as a teacher at Trinity School in Chocowinity and plans to become a probation officer.

Kristie Dunn, 38, received the Bill Pruitt/St. Thomas Episcopal Church Scholarship. The Washington resident is part of the associate degree nursing program. Dunn attended Washington High School. She is the daughter of Tony Keech and Eleanor Jo Woolard of Washington, the wife of Robert Dunn Jr., and a mother of two. Dunn plans to become a nurse at ECU Health.

This scholarship is to support a student who is a graduate of Northside High School and ineligible for a Pell Grant. The student must be in good standing with a minimum GPA 2.75. Preference is given to students entering two-year job ready programs that require an Associate Degree in Applied Science or appropriate certificate.

Christina Edwards, 42, received the Harold & Louise Lane Scholarship. She is a Greenville resident who is part of the licensed practical nursing program. Edwards attended J.H. Rose High School and holds an Associate in Applied Science in Medical Assisting. She is the daughter of David and Lena Wooten and a mother of five. Edwards plans to become a family nurse practitioner and currently works at Alberta Care Homecare.

Established in 1998 in memory of Harold Alton Lane, Jr., and in honor of Constance Lane Howard, by their parents Harold Lane, Sr. and his wife Louise, this endowment provides annual scholarships to one or more students in the nursing program and/or an associate degree program.

Katie Godley, 19, received the Barbara LaBarbera and Irwin & Frances Hulbert Scholarship. The Washington resident is working toward an Associate Degree in Nursing. Godley attended Northside High School, and she is the daughter of Willie and Mary Godley. She plans to work as a flight nurse.

Established by Civitan on the Pamlico in 2015 to memorialize charter member Barbara LaBarbera, the annual scholarship will be awarded to students accepted to the school of nursing who demonstrate academic achievement and financial need. Mrs. LaBarbera was a longtime resident of Beaufort County and passionately and continually showed her concern and care for others in need. Recipients must reside in Beaufort County, have a current GPA of 3.0 or higher, and demonstrate participation in voluntary services meeting individual or community needs.

Jessica Jefferson, 25, received the Louise R. Lester Foundation Scholarship. The Washington resident is part of the associate degree nursing program. She is the daughter of Jesse and Sherry Jefferson of Washington and currently works at O'Neal's Drug Store of Belhaven as a pharmacy technician. Jefferson attended Beaufort County Early College High School and holds an Associate in Arts and an Associate in General Education. Jefferson plans to become a nurse practitioner.

Allison Lepkowski, 24, received the Harold & Louise Lane Scholarship. The Greenville resident is part of the nursing program, and she is the daughter of Dan and Kelly Lepkowski of Virginia Beach, Va. She attended Floyd Kellam High School and holds a Bachelor of Science in Public Health. She currently works at ECU Health as a nursing aide II and plans to work as a registered nurse with them.

Established in 1998 in memory of Harold Alton Lane, Jr., and in honor of Constance Lane Howard, by their parents Harold Lane, Sr. and his wife Louise, this endowment provides annual scholarships to one or more students in the nursing program and/or an associate degree program.