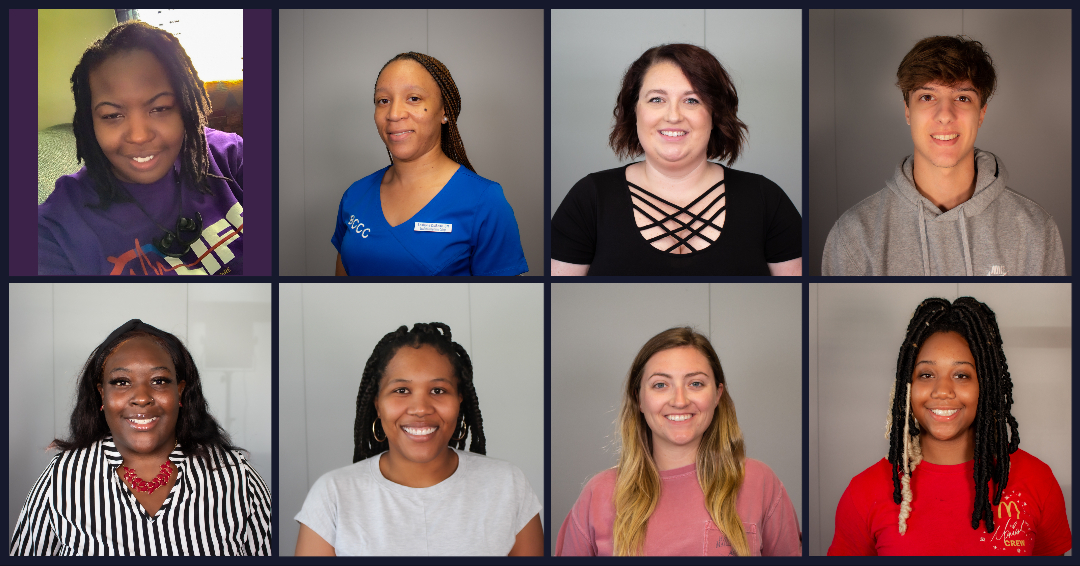 
The Beaufort County Community College Foundation is proud to announce these scholarship recipients for the Fall 2022 semester. Registration is open for Spring 2023 courses starting in January and traditional students have a chance to win $1000 in bookstore credits if they register during the Early Registration period ending on November 30. This will be the final semester of the Beaufort Promise in its current form. Qualified students from Beaufort, Hyde, Tyrrell, and Washington Counties can still receive free tuition and fees beyond 2023. The application period for the associate degree nursing and the practical degree nursing programs closes on January 31, 2023.

Kristin Boone, 31, received the Coca Cola Scholarship. The Grifton resident is part of the Information Technology-Software and Development program. Boone attended Ayden-Grifton High School. She plans to work on creating websites and currently works at LiveOps as a complete specialist.

LaShona Dubose, 29, received the Irwin & Frances Hulbert Scholarship. The Chocowinity resident is part of the nursing program. Dubose attended Southside High School, and she currently works as a nurseaide in the Neuroscience ICU at ECU Health Medical Center. She is the daughter of Sanford and Tina Dubose of Washington and a mother of three. Dubose plans to become a neuroscience nurse.

Lindsey Duke, 31, received the Linda PenrodScholarship. The Washington resident is part of the associate degree nursing program. Duke attended Pungo Christian Academy and holds an Associate in Applied Science in Medical LaboratoryTechnology. She is the daughter of Randy Duke and Jamie Davis of Greenville. Duke currently works at ECU Health Medical Center.

Established in memory of Linda L. Penrod, the endowment funds scholarships for nursing students who have completed one semester and have a 3.0 GPA or higher. Students must demonstrate financial need.

Blake Fuell, 18, received the Cypress Landing Scholarship. The Washington resident is working toward an Associate in Science. Fuell attended Northside High School. He currently works at Pizza Inn as a cook and plans to earn a bachelor's degree at East Carolina University.

In celebration and memory of her sister's long and successful business career, Linda Lancaster established the Louise Terry Endowment in 2012. Preference is given to students in business administration and second consideration to BLET and criminal justice students. Students must demonstrate need and academic promise.

Latisha Nelson, 31, received the Louise R. Lester Foundation Scholarship. The Blounts Creek resident is part of the practical nursing program. Nelson attended West Craven High School and holds a Bachelor of Science in Public Health. She is the daughter of Samuel and Valerie Nelson of Grifton. Nelson currently works as a cashier at Walmart and plans to work as a nurse anesthetist.

Founded in 2001, the Louise R. Lester Foundation builds on the charitable works of Mrs. Louise Robertson Lester. Mrs. Lester was a native of Martinsville, Va. She was an accomplished artist, producing beautiful paintings and poetry. The foundation seeks to effect positive change in the communities and lives of the people who are served through its philanthropic support. They seek to build effective relationships with grantees through a willingness to understand the challenges they face. Scholarships are available for students facing financial challenges to continue their college education.

Macy Quidley, 24, received the Shereda Bailey Scholarship. The New Bern resident is a nursing student. Quidley attended Cape Hatteras Secondary School and currently works at Carolina East Patient Care as a care technician II. She is the daughter of Andrea Quidley and the late Jeffrey Quidley of Buxton. Quidley plans to obtain a Bachelor of Science in Nursing.

Shereda Bailey was a promising young BCCC nursing student who died unexpectedly in 2006 - just three weeks before graduation. Shereda's mother, Sheila Rogers, combined memorials raised by Shereda's fellow nursing students, and funds raised by family and friends, to start an endowment in her beloved daughter's memory. The scholarship is awarded to deserving nursing students under the age of twenty-five.

LaQuisha Woolard, 19, received the Tayloe Memorial Scholarship. The Chocowinity resident is a pre-nursing student who attended Southside High School. She is the daughter of Anthony and Tawanda Holley of Chocowinity. Woolard currently works as a Crew Trainer at Mcdonald's and plans to work as a traveling nurse.