Published: Saturday, December 31st, 2022 @ 5:57 pm
By: Daily Wire   ( More Entries )
Publisher's Note: This post appears here courtesy of the The Daily Wire. The author of this post is Dillon Burroughs. . 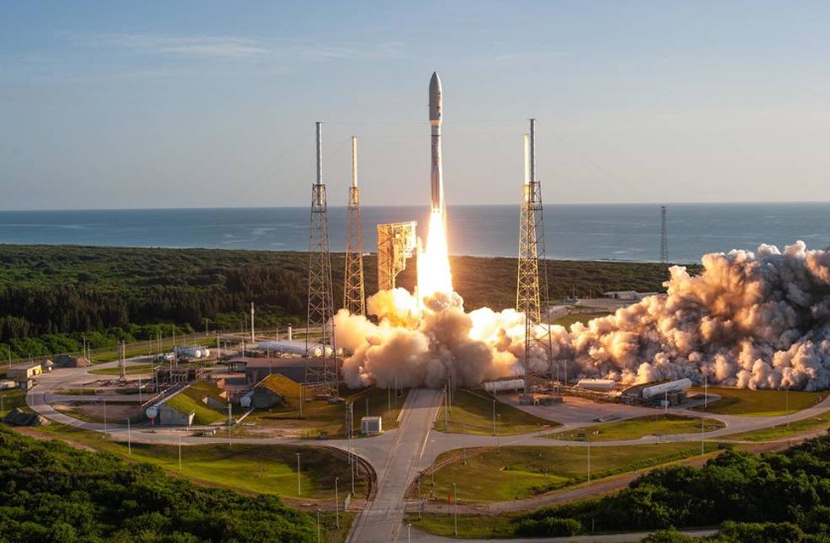 The launch of Falcon 9 included 54 Starlink internet satellites that lifted off from NASA's Kennedy Space Center in Florida Saturday afternoon.

The rocket's booster returned to Earth about nine minutes after liftoff, landing aboard a SpaceX droneship off the coast of Florida in the Atlantic Ocean.

"Falcon 9's first stage has landed on the Just Read the Instructions droneship, completing the 15th launch and landing of this booster!" SpaceX tweeted.

Falcon 9's first stage has landed on the Just Read the Instructions droneship, completing the 15th launch and landing of this booster! pic.twitter.com/0AXCXTSPRb

Falcon 9’s first stage has landed on the Just Read the Instructions droneship, completing the 15th launch and landing of this booster! pic.twitter.com/0AXCXTSPRb

Starlink has more than 3,500 satellites in orbit to date, with plans to add up to 30,000 total. The launch was also part of a busy period that experienced three SpaceX launches in less than three days.

Congrats to SpaceX Team on 3 perfect orbital launches within 36 hours!!!

On Friday, Falcon 9 launched NASA's SWOT water-watching satellite from the Vandenberg Space Force Base in California. The Surface Water and Ocean Topography mission to low-Earth orbit is "an internationally developed mission to conduct the first global survey of Earth's surface water," according to the mission description from SpaceX.

"It aims to provide a new understanding of the ocean's role in climate change and improve the data humanity relies upon for fresh water management," it added.

The SWOT satellite will undergo calibration and testing with plans to start collecting data in about six months in its mission to measure the world's bodies of water.

"Warming seas, extreme weather, more severe wildfires - these are only some of the consequences humanity is facing due to climate change," said NASA Administrator Bill Nelson. "The climate crisis requires an all-hands-on-deck approach, and SWOT is the realization of a long-standing international partnership that will ultimately better equip communities so that they can face these challenges."

The continued efforts by Starlink seek to provide high-speed, low-latency broadband internet in remote and rural locations worldwide. The company made global headlines earlier this year when Musk provided Starlink services to Ukraine after the nation was invaded by Russia.

"@elonmusk, while you try to colonize Mars - Russia try to occupy Ukraine! While your rockets successfully land from space - Russian rockets attack Ukrainian civil people! We ask you to provide Ukraine with Starlink stations and to address sane Russians to stand," Fedorov tweeted.

As The Daily Wire previously reported, Musk also made Starlink services available in Iran after protests led to its government blocking the internet in September.
Go Back