For That Which I am Thankful | Beaufort County Now | No, today I will endeavor to thank "My Sweet Lord" for art, specifically the art of fine music, and in particular, the Beatles.

For That Which I am Thankful

Login to Send a Private Message to Stan Deatherage
It could be just about anything. I could write volumes about the small obstacles that gives one the proper resistance to gain a deeper insight for the leverage to vanquish a future opponent bent on feathering their own nest, with what I was hired to protect. No, today I will not discuss that, or the fact that life is such a struggle, and how our greatest gift to be thankful for is the competency to deal with it with some measure of grace.

Just as well, I am not desirous of discussing the obvious of being thankful my loving family, my decent health for a man of my relative age, the past greatness of my nation, and its rough, possibly navigable road ahead to greatness once again achieved. No, today I will endeavor to thank "My Sweet Lord" for art, specifically the art of fine music, and in particular, the Beatles.

I generally keep the TV running while I work at my inside jobs, and I work quite a bit. During the day in is always CNBC. At night as I bask in the warming glow of my oversized laptop, I enjoy one of the HD channels: National Geo, Discovery, Fox News, HD Net, the History Channel -even Public TV. Last night, I watched a special on the Beatles on the History Channel. Today as I help my wife of 32 years prepare the sumptuous feast for our family, Lynn plays her extended collection Beatles files from her iPod, it became apparent how much I really loved the Beatles, and because of my relative age in this collective history of this world, passing us by, I consider just how a big a part they played in my formative years.

In the early to mid 1960's when the Beatles made themselves known, and ventured forcibly into the American collective consciousness, with their English style of playing American music - Rock 'n' Roll. I already loved the music of my era, when I could find it on the personal transistor radio - my parents were many good things, but fans of any music, they were not, especially not the Beatles. 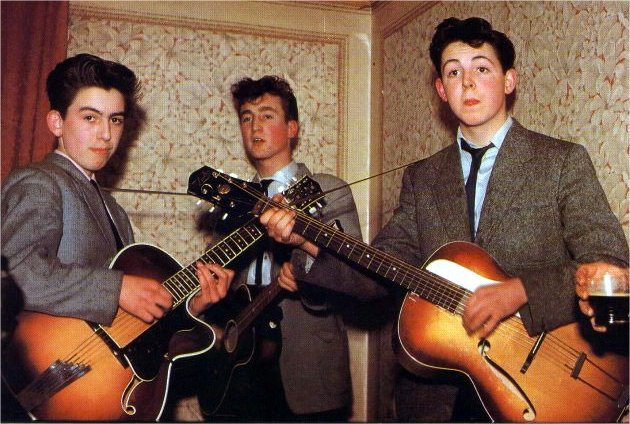 The early 3 original members of the Beatles long before any measure of popularity, probably 1959, from left to right: George Harrison, John Lennon, Paul McCartney: Above. What a difference 11 years makes, from left to right: John Lennon, George Harrison, Paul McCartney and Ringo Starr, who joined the Beatles in 1962. This image was probably made during the time of "Abbey Road:" Below. 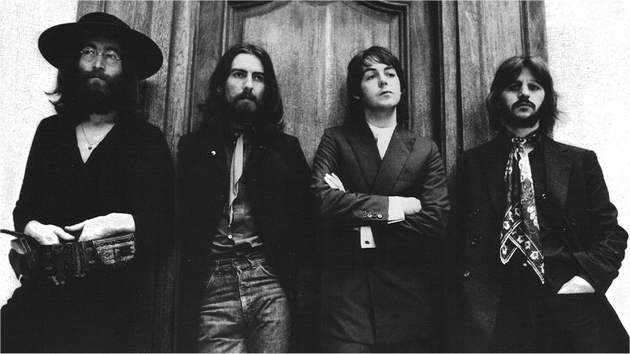 What I found with the Beatles is that loved the same music I loved: Buddy Holly, Chuck Berry, other primitive Rock 'n' Roll, Doo-Wop, Soul - they just performed it differently, often magically better.

The first vinyl record I ever purchased, with my allowance (which I did chores for), was from Jowdy's Appliance and music emporium in Washington, NC (on the southeast corner of Main and Respass Streets)was "Meet the Beatles." The second was "A Hard Days Night." Soon after "I Want to Hold Your Hand," She Loves You," "Twist and Shout," "It's been a 'Hard Days Night'" wafted through the multi chambered middle-class abode that was my post 1950's existence, I lost my butch crew in favor of the modified mop top, which began my hair styled in stages, as I rebelled outwardly, until I found my pitch of who I would become in this world turned on its societal ear. The Beatles played a major role in my perspective moving forward, right or wrong. 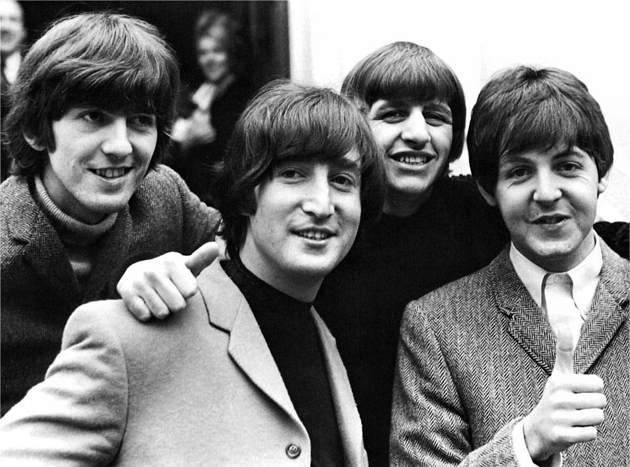 Consequently, I believe the Beatles were that identical milepost for many of us in that era. Was it that their melodic inspiration hypnotic to the masses of the easily impressionable, or was their music just that damn good. As I grow well into my middle age, and I still love their music, as do my children - Stanhope bangs out a new Beatles tune on our baby grand piano just about every time he visits - I continue to know what I've always known: The Beatles were a very special collection of talent.

That was their secret. Their truest gift for themselves, and ultimately to us, was their collaborative abilities to make each other better, more talented in their presentation of melody, as if God spoke through them to give us all a grander perspective of his world. For me their music was joy. I, obviously, was not alone.

As I dove headlong into who this band of Liverpool natives were, and what they collectively projected as art, I came to know them and their music. I knew: who sang lead, and who led the harmony, which they, like the Beach Boys, are quite famous for. Eventually, I also knew: who played lead, and rhythm, guitars, whether Paul played bass or another 6-string, who played the piano - Paul or John, who took the lead in writing a song that both Lennon and McCartney were credited for. In short, I was their biggest fan - but then, we all (their fans) were.

Their earliest albums of music, began in 1963, were well produced, and did not belie their inability to play their instruments as well as in the latter years of their too short career together as a group - ending in 1970, after the completion of "Abbey Road." In 1962, when the Beatles made their presence well known in their home nation of Great Britain, most of the band members were in their very young twenties, George Harrison was 19. Their early music depended more on the collective synergy of their outstanding vocal arrangements, their unique crafting of melody with most pertinent lyrics, and their blend of simple chording and mirth inspired vocals. They really were a happy bunch of boys. It was infectious.

As the band grew into their up-swell of collective talent, again relying of the group effort of every possible synergy, their music got better - much better. And it was pretty damn good to begin with - Buddy Holly like in composition, but much better vocal arrangements. "Rubber Soul" was a strict departure from their early tunes, which paid a balanced homage to early American Rock. "Rubber Soul" was indeed an expansion of conscious through music. It was the fourth Beatles extended long playing record I purchased. I would soon be eleven years of age. 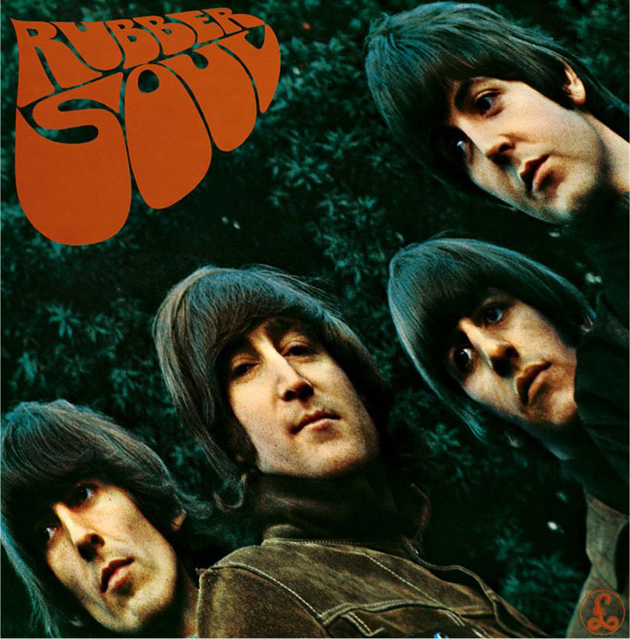 With a collection of songs like: "baby you can 'Dirve my Car,'" "Michelle," "Norwegian Wood," we began to see different, more eclectic side of the Beatles, which was the starting point of their final, and more introspective, approach to the creation of their music, their art. 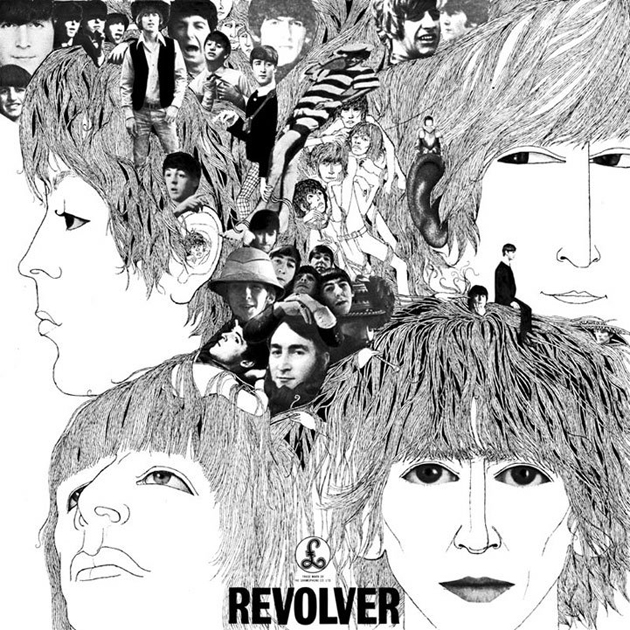 Their next album, released in 1966, was, in my humble opinion, one of their best. Classic songs such as: "Eleanor Rigby," "Here, There, and Everywhere," "Taxman," "Good Day Sunshine" littered the liner notes. The Beatles were introduced to an expansion of consciousness before and during the production of this remarkable collection of songs, and was a natural bridge to their next, and most universal critically acclaimed work, "Sergeant Peppers' lonely Hearts Club Band."

I could go on and on here as I would discuss and critique each of their next successive great works of art: "Magical Mystery Tour," "'The Beatles' (The White Album)," "Let it Be," and the finale "Abbey Road," but I do not have the time and my culinary talents are, once again, being called into service. 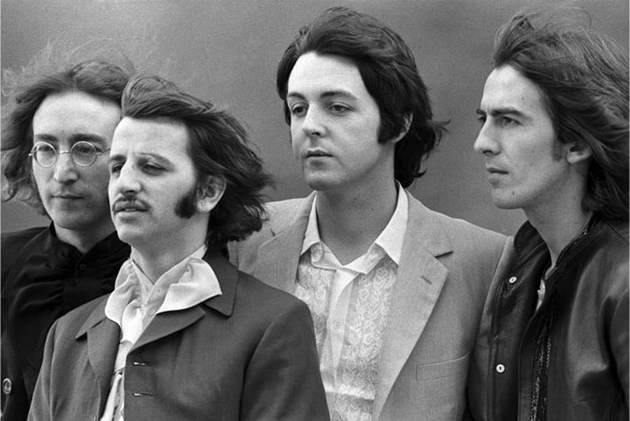 Suffice it to say, I am thankful for the Beatles, their special talents, that blossomed as four close comrades, devoid of overt narcissism, who made my world a bit more lyrically opulent, another reason to be happy.

To be continued as I see fit. It's a pretty big story.

This article provided courtesy of our sister site: Better Angels Now
Go Back