Felony, Evasion Under the Influence 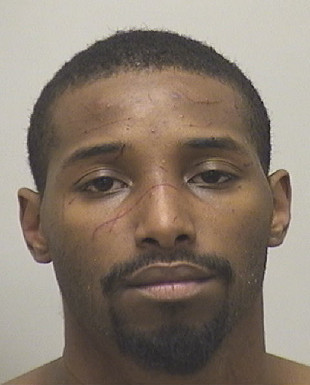 Shykeem Moore
On March 29, 2013 at approximately 12:15 a.m., Sgt. Ernest Moore with the Beaufort County Sheriff’s Office Patrol Division observed a vehicle make an unsafe movement on Highway 264 West of Washington. Sgt. Moore followed the vehicle and attempted to make a traffic stop after it turned onto Flanders Filters Road and struck the median. The vehicle failed to stop and began to accelerate.

Sgt. Moore notified Communications that the driver was attempting to flee and requested back-up. The driver turned onto Oscar Lane and accelerated through large pot holes in a reckless manner. The driver drove behind a residence and into a wooded area. The driver fled on foot, leaving the vehicle behind. After attempting to apprehend the driver, Moore returned to the vehicle and began an investigation.

Sgt. Moore learned that the suspect’s three young children were in the vehicle when he failed to stop on Flanders Filters Road. Witnesses observed the driver jump from the vehicle and run into the woods before the SUV came to a complete stop. The vehicle was still in gear when processed by Deputies at the scene. The children were left in the custody of their mothers.

During the investigation, Sgt. Moore spoke to the driver by phone and requested him to return to the scene. The driver returned to the area and surrendered. He was muddy and scratched on his face and arms. Sgt. Moore arrested Shykeem Lee Moore, age 24, of Van Norden Street in Washington and charged him with Felony Flee to Elude Arrest, Resisting a Public Officer, Driving While Impaired, and Driving While License Revoked. Moore was held in the Beaufort County Detention Center on a $20,000.00 secured bond. The Department of Social Services was contacted about the incident.