N.C. should fare much better than Kentucky with Medicaid reform 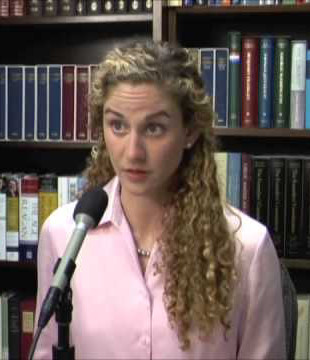 Katherine Restrepo
RALEIGH  -  Medicaid reform is likely to end up with much better results in North Carolina than in Kentucky. A new joint Policy Report from the John Locke Foundation and the Florida-based Foundation for Government Accountability explains why.

"Much of the criticism leveled against North Carolina's new Medicaid reform plan has been based on the recent experience of Kentucky's attempt to move toward Medicaid managed care," said report co-author Jonathan Ingram, FGA Director of Research.

Restrepo and Ingram detail the problems that plagued Kentucky's transition in 2011 from traditional fee-for-service Medicaid to a statewide Medicaid managed-care program. Then they document the steps North Carolina has taken to avoid similar pitfalls.

Among those steps: following the lead of states with successful Medicaid reforms, limiting the likelihood of payment delays and heavy administrative burdens on health care providers, and taking sufficient time to implement reforms.

"One of the earliest problems with Kentucky's transition to Medicaid managed care was the complex administrative burden placed on providers," Ingram said. "Providers reported confusion about processing, as each of Kentucky's Medicaid managed care plans had its own coding and billing system that differed substantially from the system used by the old Medicaid system. Confusion created unnecessary frustration for providers and plans alike."

North Carolina's Medicaid reform plan, dubbed the Partnership for a Healthy North Carolina, addresses this potential problem, Restrepo said. "The Partnership requires each of its providers -- known as comprehensive care entities, or CCEs -- to use the same financial vendor for reimbursement," she said. "A consistent billing system alleviates much of the hassle providers experience as they bill different plans for the care they provide."

Another problem with Kentucky's Medicaid 2011 reform, "perhaps the single largest problem," according to Restrepo and Ingram's report, was longer payment delays to doctors and hospitals, especially in the earliest months of reform. The report blames some delays on billing system issues. Other delays resulted when managed-care organizations did not finalize contracts with providers before the new system's first open enrollment period.

"States that have implemented reforms similar to the Partnership for a Healthy North Carolina have avoided this problem by instituting prompt payment requirements for all health plan providers," Ingram said. "Kansas and Louisiana offer good examples for North Carolina to follow."

Kentucky struggled during its Medicaid transition with developing new networks of physicians, specialists, hospitals, clinics, and other health care providers, Ingram said. "Most provider-network development problems stemmed from Kentucky's rapid transition," he said. "Managed-care organizations had just four months from the time contracts were signed until open enrollment to establish operations in each of the regions of Kentucky they were contracted to serve."

North Carolina can avoid this problem, especially if it follows the lead of Kansas, which spent more than a year planning for implementation of its reform plan, Restrepo and Ingram write. "The Partnership's timetable helps ensure CCEs will have enough time to establish provider networks before open enrollment begins," Restrepo said. "The N.C. Department of Health and Human Services can spend time holding multiple community and stakeholder meetings. The department has welcomed collaboration, and the reform process itself has been an exercise in transparency and stakeholder input."

The Tar Heel State has senior Medicaid staff with much more experience than Kentucky had in 2011, according to Restrepo and Ingram's report. The authors cite DHHS Secretary Dr. Aldona Wos' experience with a "difficult transition" to managed care in New York, along with state Medicaid director Carol Steckel's work with Louisiana's Medicaid reform and her decade running Alabama's Medicaid program.

A lingering problem with Kentucky's program is that managed-care organizations hold too much leverage over the state, Ingram said. Because the state awarded just three statewide contracts, any one of the plans can threaten to drop out of the program and leave Kentucky in a bind.

"Florida and Louisiana have avoided this problem by creating a more robust Medicaid marketplace," Restrepo said. "Medicaid enrollees in Florida have an average of four to six Medicaid options, while Louisiana has five statewide options."

The Partnership for a Healthy North Carolina calls for the state to contract with up to four CCEs, Restrepo said. "Four are needed to ensure robust competition, but with 1.5 million Medicaid patients, North Carolina's program has the economy of scale to attract significant interest from even more plans. Expanding the number of CCEs would give the state more leverage."

Strategies that have worked already in Florida, Kansas, and Louisiana are likely to work in North Carolina, Restrepo said. "Not only has North Carolina learned what succeeds for patients and taxpayers in other states, it has also learned what simply doesn't work," she said. "Looking closely at the pitfalls that followed Kentucky's attempts at Medicaid reform, Gov. Pat McCrory's administration has taken common-sense steps to avoid failure."